NASA announced that a meteor is coming very close to Earth on March 5, and it’s almost twice as big as the meteor over Chelyabinsk, Russia that injured thousands in 2013. What happened with the Chelyabinsk meteor? How much damage did it do? How big was it?

1. The Meteor Exploded Over Russia in 2013 and Had Kinetic Energy Greater than Hiroshima

On February 15, 2013, the meteor took everyone by surprise when it exploded at about 97,400 feet over Chelyabinsk Oblast in Russia. The explosion created a large shock wave, a bright flash, and a cloud of dust and gas. Some people felt intense heat from the fireball. Because it was close to the sun, it wasn’t detected until it entered the atmosphere. This caused panic among residents, who didn’t know what was happening, The Guardian reported.

The meteor was caused by an extremely bright near-Earth asteroid that entered the atmosphere, known as a superbolide.

One of the most amazing facts about this meteor was that its total kinetic energy, before atmospheric impact, was 20 to 30 times greater than the energy released from the atomic bomb at Hiroshima, Discover reported. It was equivalent to about 500 kilotons of TNT. Think about that and then consider that the asteroid passing close to Earth in March is almost twice that size.

2. It Was the Largest Meteor Since the Tunguska Event in Siberia, But Smaller than the Upcoming March 2016 Meteor

At a diameter of 65 feet, the Chelyabinsk meteor was almost half the size of Asteroid 2013 TX68, which is estimated to be 100 feet in diameter. Chelyabinsk was the largest meteor since the 1908 Tunguska event, according to Science journal.

The Tunguska event was an explosion in Siberia that flattened 770 square miles of forest. It’s assumed to be caused by a meteor that burst in mid-air about six miles above the Earth. No one knows exactly what its size was, but it’s estimated to be 200 to 620 feet in diameter. The shock wave might have measured 5 on the Richter scale. Not everyone agrees Tunguska was a meteor. Theories range from a small black hole hitting the Earth to magma erupting from underground, Forbes reported.

3. The Chelyabinsk Meteor’s Light Was Brighter than the Sun

As hard as it may be to believe, Chelyabinsk’s meteor was actually brighter than the sun. In fact, the fireball was 30 times brighter, and some people suffered retinal burns and skin burns from it, The Guardian reported. One person even lost skin from her face. 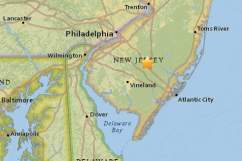 What Caused the Ground Shaking in New Jersey Again?

4. More than 1,000 Were Injured and Thousands of Buildings Were Damaged

Even though it exploded in the atmosphere, the Chelyabinsk meteor still left a lot of damage in its wake, according to Science journal. More than 7,200 buildings were damaged. This included shattered glass, a collapsed roof, and other structural damage. Some people directly below the meteor’s path were thrown off their feet.

5. Asteroid 2013 TX68 Could Produce a Shock Wave Twice the Size of Chelyabinsk 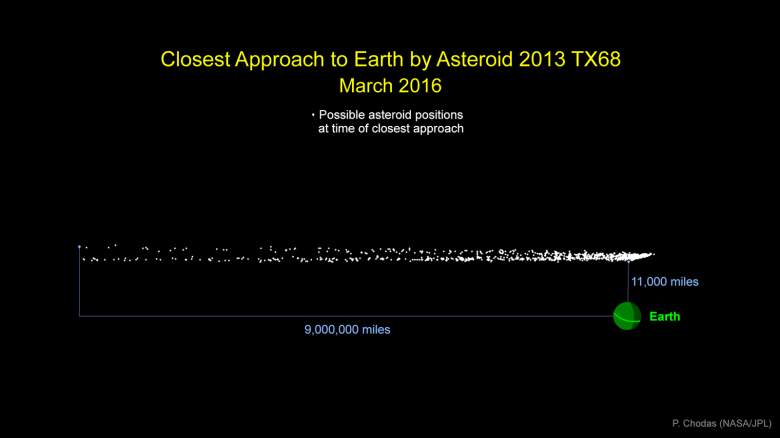 The possible locations of asteroid 2013 TX68. The greatest probability is closer to Earth. (NASA/JPL-Caltech)

The shock wave from Chelyabinsk was a huge source of the damage, although the brightness of the meteor also contributed to injuries that residents sustained. If asteroid TX68 entered the Earth’s atmosphere, it could produce a shock wave twice the size of Chelyabinsk. However, it’s not expected to impact the Earth this time in March. When it returns in September 2017, there’s about a 1 in 250 million chance that it could.

Meteor Over Las Vegas: The Videos You Need to See