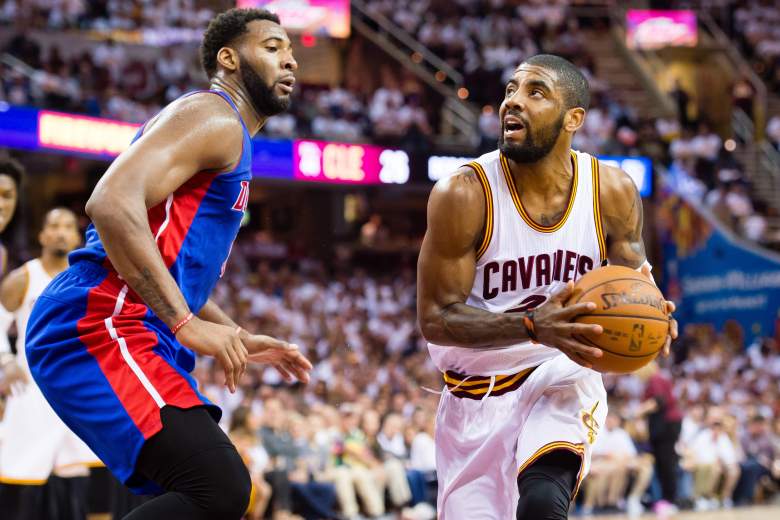 The Cleveland Cavaliers can jump out to a three-game lead in the series tonight, but Detroit isn’t backing down. (Getty)

The Cleveland Cavaliers are rolling and the Detroit Pistons are talking.

After dropping the first two games of the series, the Pistons aren’t lacking in confidence. In fact, Stanley Johnson is even under the impression that he’s “definitely in (Lebron James’) head, that’s for sure.” Huh.

Well, now Detroit is looking to back up the talk with play, determined to grab a victory on home court on Friday night. Meanwhile, the Cavaliers are looking to just keep rolling.

Tip-off for Game 3 of the series is slated for 7:00 p.m. ET and is being broadcast nationally on ESPN. Not going to be near a TV when things get underway? That’s totally cool. Read on for all your best live stream options:

Watch Pistons vs. Cavaliers on Mobile or Other Devices

Read More
Basketball, NBA
After a pair of victories at home, the Cavaliers head to Detroit looking to take a controlling lead in the series. Here's how to catch all the hardwood action.