On April 6, the modern Olympic Games will celebrate their 120 birthday. The first iteration of one of the biggest events in sports took place in Athens, Greece, back in 1896. It was the brainchild of French academic Pierre de Coubertin. He, along with other European sports enthusiasts, created the games and the International Olympic Council at a meeting in Paris in June 1894.

Coubertin had been inspired to hold an international athletic tournament following his viewing of the Wenlock Olympic Games. That was a relatively small tournament of sports held in the English town of Much Wenlock. Those games were overseen by British physician Dr. William Penny Brooks.

Following the ultimate success of the first Olympics, there were calls for the games to remain in Athens permanently. Despite those appeals, from American athletes as well as Greek officials, the Olympics would not return to the Greek capital until 2004. The slogan for that tournament was, “Welcome Home.”

The games had been banned in 394 AD, having begun in 776 BC, as they were viewed as “pagan” by Roman Emperor Theodosius I.

The date of April 6 was chosen as it coincided with Easter as well as the anniversary of Greece’s independence from the Turkish empire. As a sign of good will, all 250 athletes went home with a bronze medal. In total, 14 nations were represented.

Here’s what you need to know about the first modern Olympic Games:

1. Prior to the Tournament, Greece Was in a State of Political & Economic Turmoil

Coubertin had initially mooted Paris, his home city, as a potential host. It was his desire for the Olympics to coincide with the 1900 Universal Exposition which was to be held in the city. His colleagues were wary of waiting six years, from their 1894 original meeting, for the games to take place. As a result, although there is no official account of how Athens was chosen, it was decreed that the games would take place in Greece.

At the time, Greece was in a state of political and economic turmoil. The organization of the games came under the remit of the IOC’s first president, Demetrius Vikelas. As costs spiraled out of control, Vikelas handed over control to Prince Constantine.

He began a campaign that struck a chord with national pride in Greece. Constantine solicited donations from the public as well as persuading Greek businessman George Averoff to help to pay for the reconstruction of the Panathinaiko Stadium. That stadium had been used in three brief attempts to revive the Olympics in 1859, 1870 and 1875.

The iconic Olympic rings weren’t used by the IOC until 1915 following the Stockholm games in 1912, which were the first to feature athletes from every content. In 1931, Coubertin said about the design, “A white background, with five interlaced rings in the centre: blue, yellow, black, green and red…is symbolic; it represents the five inhabited continents of the world, united by Olympism, while the six colors are those that appear on all the national flags of the world at the present time.”

The rings wouldn’t appear at a tournament until 1920 at the Antwerp Olympics. At the 2016 games in Rio, a team of refugees will compete under the Olympic flag, according to the Daily Telegraph.

2. The Star of the Games Was German Wrestler Carl Schuhmann

There were 43 events held across 9 sports. That’s compared to the 306 events across 42 sports that will take place at Rio 2016.

Initially planned games in 1896 such as soccer and cricket never came to fruition. While rowing and sailing both had to be canceled due to inclement weather.

The biggest winner of the games was German wrestler Carl Schuhmann, who was also a gymnastics competitor, who won four silver medals, gold hadn’t become the standard yet. He defeated Greek athlete Georgios Tsitas in a wrestling bout that had no time limit and stretched over two days.

There were no world records broken at the first games. Many of the world’s best athletes found it logistically impossible to get to Greece which may have been a contributing factor. Some international athletes happened to be residents in Athens, in particular the British team, most of whom were employees of the British Embassy in Athens.

Meanwhile, Australia’s Edwin Flack was there purely as a tourist until he decided to compete at the last minute. The Australian Daily Telegraph reports that Flack collapsed while running the marathon due to exhaustion and punched a spectator who tried to help.

The main domestic hero was marathon winner Spyridon Louis. He was the only Greek winner of an athletic competition that year. American athlete Thomas Custis wrote about Louis saying:

All contests then in progress were temporarily stopped to await the arrival of the winner. In the course of a few minutes a tremendous cheering was heard outside the gate of the Stadium, and a man in the dress of a Greek peasant ran up the steps and onto the track, making his way towards the King’s throne, in front of which had been placed the finish line.

His appearance showed the tremendous effort that he had made, and the fearful ordeal he had undergone. He was covered with dust and grime, the sandals that he wore on his feet were in rags, and his drawn face showed the strain he had suffered.

His name was “Loues”” and he was a Greek donkey driver from the little town of Marousi.

As soon as the people were able to recognize him, the cheering and clapping of hands that broke forth was deafening.

Hundreds of pigeons which had been kept concealed until then were set free, with Greek flags tied to their feet, hats were thrown in the air, the Crown Prince walked onto the track and congratulated Louis, and all the pent up enthusiasm that the Greeks had been saving up during the past six months for this very event, broke loose with a vengeance.

In recognition of his achievements, Louis will be recognized on the Greek 2 Euro coin in 2016.

3. American Robert Garrett Bested the Favored Greeks in the Discus; Even Though He’d Never Thrown a Real One Until the Actual Event

The Greek team had been the favorites in both the discus and shot put. Although they were bested in both events by Maryland native Robert Garrett. He’d never even thrown a real discus until the actual event. According to a feature on Garrett from the Massachusetts Institute of Technology’s Technology Review, Garrett got a blacksmith to make him a discus in the U.S. based on ancient Greek measurements. Those measurements were massive compared to what was actually being used that year. The MIT Review wrote about Garrett in 1924 saying:

His first two attempts… were laughable, as the discus, instead of sailing parallel to the ground, turned over and over and narrowly missed hitting some of the audience. Both foreigners and Americans laughed at his efforts, he, himself, joining in the general merriment.

On his third and last throw, however, he succeeded in getting the discus away perfectly and, to the chagrin of the Greek champion who had made three perfect throws in the most graceful manner possible, it was found that Garrett’s throw exceeded by some two feet the best throw of any other man. I think no one was more surprised than Robert Garrett himself.

Another successful U.S. athlete was Boston sprinter Thomas Burke who took home the top prize in the 100 and 400-meters. Reports from the time say that Burke was the only runner to use the “crouch start” something that had been controversial. Although, he was eventually permitted to run from what was regarded as a “uncomfortable position.”

The story of the American team was retold in the NBC miniseries The First Olympics: Athens 1896.

Team USA, which left the tournament as the most successful team with 11 first place honors, were brought together by Princeton professor William Milligan Sloane. The majority of the team were from the Massachusetts area. Two competitors were forced to drop out of Harvard in order to travel to Greece as they were not given official permission.

4. Women Were Forbidden From Competing Because Their Inclusion Would Be ‘Impractical, Uninteresting & Incorrect’

Although there was a progressive nature at the first Olympics, in that there was co-operation among nations in order to stage the tournament, no women were allowed to compete. It was Coubertin who said that female participation would be “impractical, uninteresting, unaesthetic and incorrect.” Athlete Stamata Revithi ran the marathon on the day after the male competitors and finished it in five hours and 30 minutes. Her campaign to have her achievement recognized eventually failed.

5. The First Winter Olympics Were Not Held Until 1924

Following the success of the summer games, the Winter Olympics were held for the first time in Chamonix, France, in January 1924. The IOC’s 1921 congress in Switzerland had called for an “international week of winter sport” to be held. Thus, the French Olympic Committee took it upon themselves to organize the winter event. The first incarnation of the winter games was only retrospectively acknowledged by the IOC as an official Olympic event in 1925. 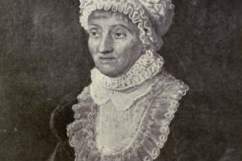 Loading more stories
wpDiscuz
0
0
Would love your thoughts, please comment.x
()
x
| Reply
On April 6, the modern Olympic Games will celebrate its 120 birthday. The first iteration of one of the biggest events in sports took place in Athens, Greece, back in 1896.