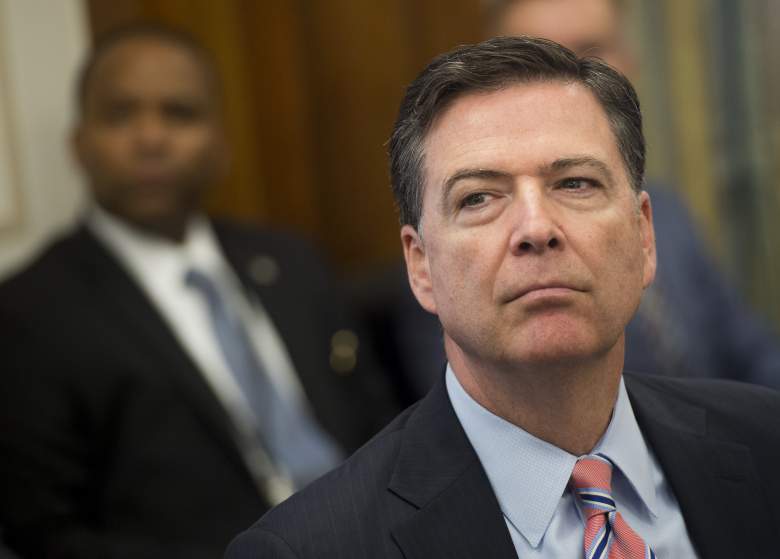 FBI director, James Comey, said on Tuesday that the agency was recommending against charging Hillary Clinton in her use of a private email server while secretary of state. (Getty)

FBI Director James Comey said his office is not recommending prosecutors to bring charges against Hillary Clinton for her handling of classified information in connection to private email servers.

“Although the Department of Justice makes final decisions on matters like this, we are expressing to Justice our view that no charges are appropriate in this case,” Comey said Tuesday.

Comey criticized Clinton and her aides for being “extremely careless” in handling classified information. He raised questions about her judgment, and said it was possible that hostile foreign governments had gained access to her account. However, he said to warrant a criminal charge there had to be evidence that Clinton intentionally transmitted or willfully mishandled classified information.

Here are five fast facts to know about Comey:

1. He Is a Registered Republican With an Estimated Net Worth More Than $11 Million 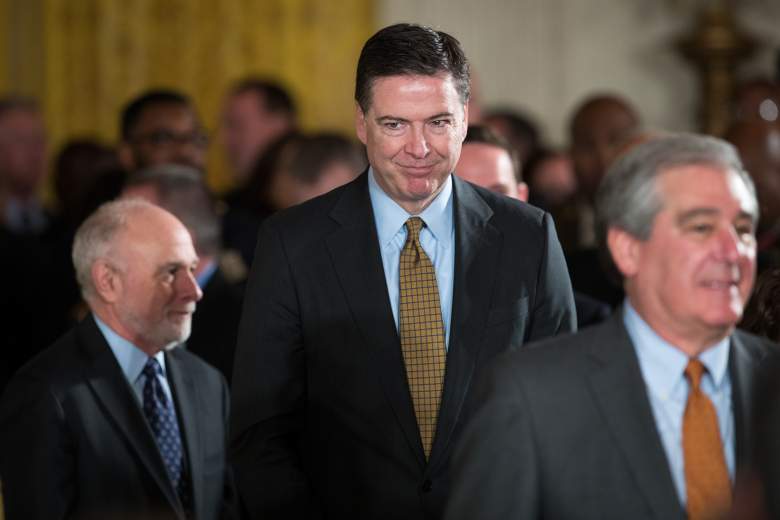 Comey reported a net worth of more than $11 million in documents filed with the Senate when he was nominated for FBI Director in 2013. He listed about $5 million in stocks, according the CNN. Their investments include a Schwab government money fund, Exxon Mobil, Pepsico, Berkshire Hathaway, Verizon Communications, Proctor & Gamble Co. and Hormel Foods.

At the time, Comey and his wife, Patrice also reported ownership of a home worth an estimated $3 million in Westport, Connecticut.

2. He Was Appointed as Director of FBI by President Obama

In June of 2013, President Barack Obama went beyond the political norm to select a former Bush appointed Republican as Director of the Federal Bureau of Investigation. Comey has been consistent in his financial support of Republicans John McCain and Mitt Romney in their bids for President.

“I think folks don’t understand that the FBI operates under a wide variety of constraints,” Comey testified during his confirmation hearing to succeed Robert Mueller as the second director of the bureau since 9/11.

“I can only say with confidence that it’s very important for the next director to continue the transformation of the FBI into an intelligence agency,” Comey said.

Comey was confirmed by the Senate on July 29, 2013, for a full ten-year term running the Federal Bureau of Investigation. He was sworn in as FBI director on September 4, 2013.

Comey dramatically pushed back the Bush administration over the reauthorization of the warrantless domestic surveillance program, which led to him drafting a letter of resignation in 2004. The letter was never sent.

During his testimony to the Senate Judiciary Committee in 2007, Comey summarized the events that led to the resignation threat.

Comey was serving as acting attorney general in March 2004 while then-Attorney General John Ashcroft was hospitalized and gravely ill with pancreatitis.

Due to Ashcroft’s illness, Comey, who was then deputy attorney general, temporarily became in charge of the Justice Department. After he refused to re-authorize a secret National Security Agency warrantless wiretap program that the Justice Department’s Office of Legal Counsel determined was illegal, two top Bush aides — Andrew Card and Alberto Gonzales — headed to the hospital to try to convince Ashcroft to sign off. Comey, who had been tipped off, quickly arrived to the hospital room, just minutes before the White House officials.

“I had witnessed an effort to take advantage of a very sick man,” Comey told senators during his 2007 testimony. “I prepared a letter intending to resign. … I couldn’t stay if the White House was engaging in conduct that had no legal basis.”

In Comey’s drafted resignation letter, which was published by The Washington Post, he said “the Justice Department and I have been asked to be part of something that is fundamentally wrong.”

Shortly after, Comey privately met with Bush, who agreed to “do the right thing, and put the program on a footing that we could certify its legality,” Comey testified.

4. Comey Has Been Married to His Wife, Patrice for 29 Years

Comey and his wife Patrice are the parents of five children: Maurene, Katherine, Brien, Claire and Abby.

Comey says he and Patrice Failor met as college freshmen at the College of William and Mary in Williamsburg, where he majored in chemistry and religion.

After his first year of law school in 1983, he visited Patrice in Sierra Leone, where she was serving in the Peace Corps. He came down with malaria. She acted quickly and got Comey to a hospital, which saved his life.

The two married in 1987, and moved from New York to Richmond in 1993, seeking a more quiet location for raising their family.

“We wanted to live in a place where we’d both be happier raising our kids. She knew northern Virginia, because she’d grown up there and in Iowa, but we liked Richmond as a place to live.”

The Comeys suffered a personal tragedy in 1995, when their 9-day-old son, Collin, died from a bacterial infection.

Comey and his wife are members of Metropolitan Memorial United Methodist Church in Washington. 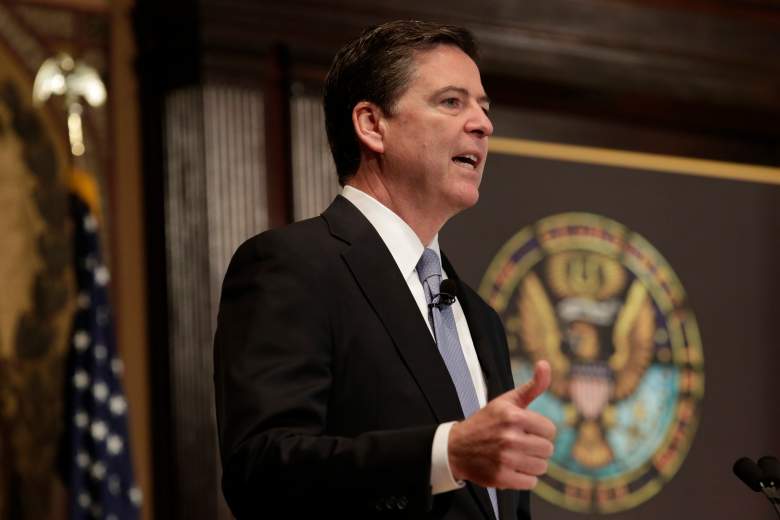 Comey worked as U.S. Attorney for the Southern District of New York where he served as lead prosecutor in the Martha Stewart insider trading case. (Getty)

Comey has a "reputation as a fierce defender of the law and the integrity of the Justice Department regardless of the political pressures of the moment,” say The Washington Post’s Horwitz and Finn.

Comey charged Stewart for lying about insider trading, who ultimately served five months in jail, because “if it was Jane Doe she would have been prosecuted,” he told the Virginia Informer, a student-run newspaper for the College of William and Mary. “[T]here were 2,000 cases by the Justice Department that year for providing false statements during an investigation. I thought of my hesitation about the case due to someone being rich and famous, and how it shouldn’t be that way. I decided we had to do it.” 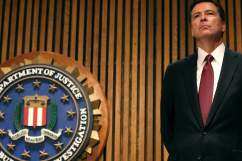 Loading more stories
wpDiscuz
33
0
Would love your thoughts, please comment.x
()
x
| Reply
FBI Director James Comey said his office is not recommending prosecutors to bring charges against Hillary Clinton in connection to her private email servers. We break down Comey's political affiliation, net worth and more.