Ice Road Truckers’ Darrell Ward died in a fatal plane crash on Sunday, a rep for the show told FOX411. He was 52.

Ward– a father and grandfather– rose to fame on the History Channel series, which follows the lives of professional truck drivers as they transport supplies across frozen lakes and rivers in remote areas of Canada and Alaska. According to Pix11, Ward was an adrenaline junkie who enjoyed hunting, fishing, camping, and dirt-biking.

Read on for more information about the fatal plane crash that took the life of one of History Channel’s most beloved stars, and his co-pilot.

1. The Cause of the Accident Is Unknown at This Time

Although specifics of the crash are still unclear, the plane was attempting to land on a small air strip when “something went drastically wrong”, in the words of Missoula County sheriff’s captain Bill Burt.

Those who witnessed the incident said that the small aircraft appeared to stall before crashing through a series of trees. Hollywood Life writes,

…the cause of the accident is unknown at this time, and is under investigation by the National Transportation Safety Board, according to Missoula County Sheriff’s Deputy Ryan Dunster. The crash was so severe that emergency crews on the scene could not identify their bodies as they fought through the fire.

In another interview with Hollywood Life, the producers of Ice Road Truckers, Karen Wookey and Martin Katz, stated, “Darrell was a force of nature who lived for adrenaline. He was an incredibly enthusiastic and integral member of the IRT family. He thrived at the wheel of a big machine. It’s sad and shocking news to lose someone so quickly so young. We are deeply saddened.”

2. Ward Was On His Way to Film a Show About Recovering Plane Wrecks

Ward was leaving Texas for Missoula, Montana, when his plane crashed. (Facebook/DarrellWard)

Ward and his co-captain were flying to Missoula, Montana, after meeting fans at The Great American Truck Show in Dallas. Tragically, Darrell was on his way to film a docuseries about the recovery of plane wrecks.

Missoula County Sheriff’s Department Patrol Captain, Bill Burt, released a statement about Ward and Melotz’s death days after the incident. Part of the statement read: “Darrell and Mark Melotz were aboard the plane that crashed in Rock Creek, Montana. At this time we don’t know what caused the plane to crash but the FAA and NTSB are on scene conducting an investigation. Both families have been notified and both bodies have been transported to the medical examiners office. There was a fire with the crash and we were unable to identify the bodies on scene and were waiting on the ME’s office to positively identify the bodies through dental records.”

On Thursday, the Missoulian released information about Mark M. Melotz, 56, who was co-piloting the plane with Ward. The piece reads, “Mark M. Melotz, 56, of Polson, died Sunday, Aug. 28, 2016, from injuries sustained in a fatal airplane crash.”

4. The Plane Was Purchased Just Two Days Before The Crash 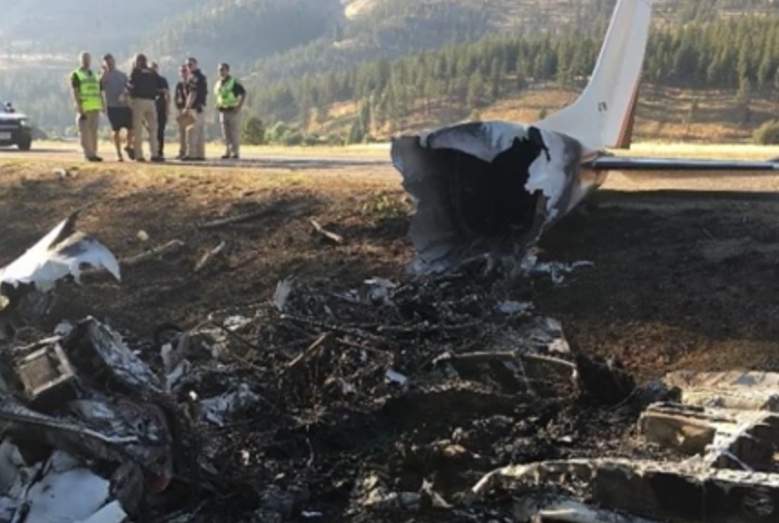 Melotz purchased the aircraft on Friday, August 26, just two days before it crashed, according to Hollywood Life.

Ward was a fan-favorite on the History channel show. He appeared on Seasons 6-10, and was set to return for season 11. The tenth season of the show premiered recently, on August 4, and involved Ward taking on the roads with his partner, Lisa Kelly.

A Cessna 182 is a four-seat, single-engined, light airplane. According to Flying, the specific aircraft is often recommended to those who want to learn how to fly. A separate article written by the same outlet, however, says that it has a propensity to crash.

The basic 182 model of the plane was first made available in 1956. AOPA writes, “Skylane enthusiasts refer to this venerable aircraft as solid and forgiving, able to cover many a sloppy maneuver with stable predictability. As a natural step-up for 152 and Skyhawk pilots who want more capability, the airplane earns high marks for ease of transition and its popularity has been consistent throughout its 50-plus year history.”

Darrell is survived by his two children, a son and a daughter, as well as grandchildren. 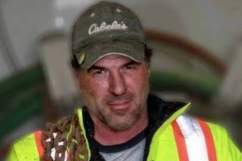 Darrell Ward Cause of Death: How Did the ‘Ice Road Truckers’ Star Die?

Loading more stories
wpDiscuz
108
0
Would love your thoughts, please comment.x
()
x
| Reply
Ice Road Trucker's Darrell Ward was killed in a fatal plane crash on August 28. Here's what you need to know about the incident.