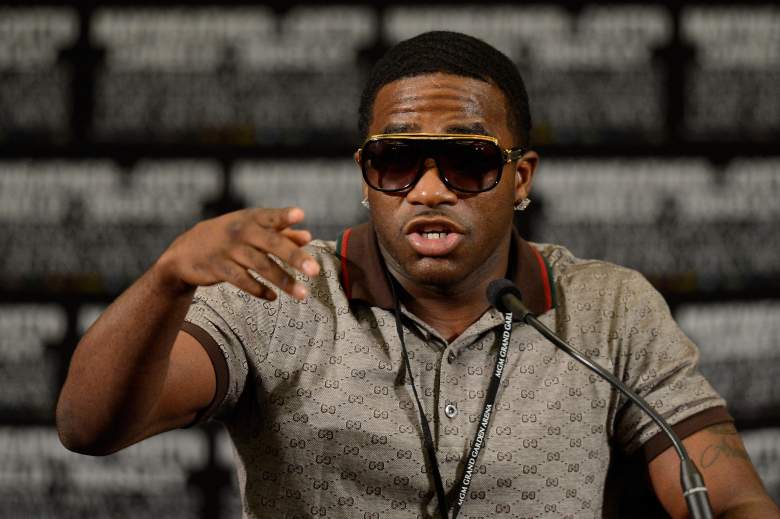 Adrien Broner has been posting suicidal photos on his Instagram page today. (Getty)

UPDATE: On her Snapchat account on Wednesday afternoon, Adrien Broner’s fiancee posted that Adrien is doing okay, according to TMZ.

Professional boxer Adrien Broner has posted several photos on his Instagram page that strongly suggest he is threatening suicide.

Broner first posted the following image saying that at 3:00 p.m. he is “doing it” and that he apologizes to his friends and family. 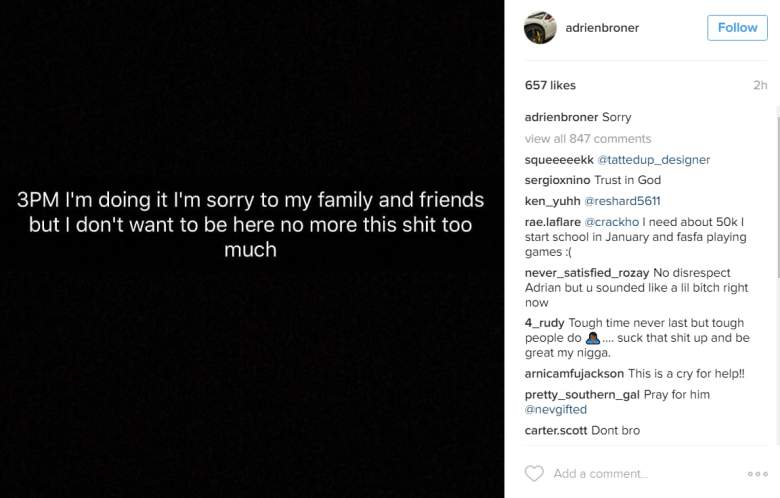 Shorty after, he posted a photo of a gun accompanied by the caption “I’m going home I love y’all.” 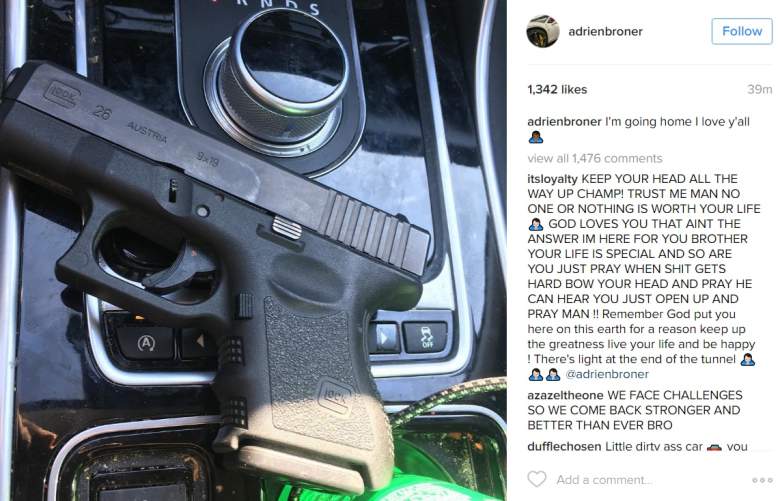 In the half-hour leading up to 3:00, Broner posted this third photo: 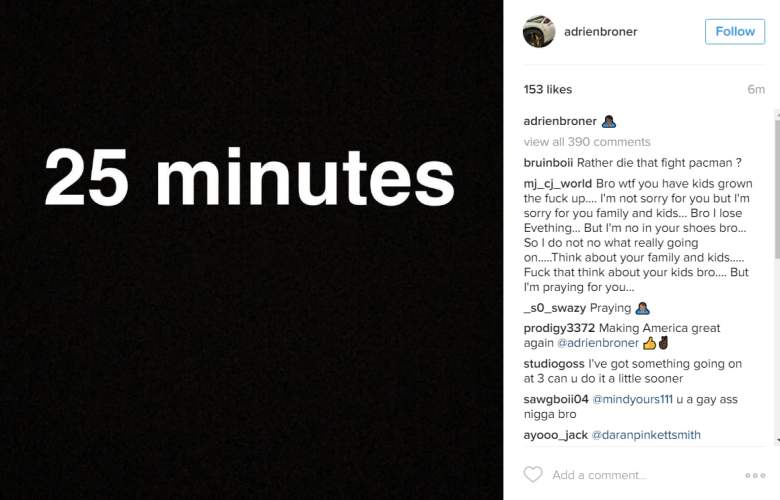 All of the Instagram pictures were flooded with concerned comments, and TMZ is now reporting that several of his friends have contacted the police and are “very concerned.” Broner has not posted anything on social media since the picture above.

These are not the first bleak posts that Broner has put up on his Instagram account. Yesterday, he posted an image that said “I don’t know who to trust at this point in my career,” with the photo just being white text on a black background. In another post, he said that people were “really losing faith in me.” On October 6th, he wrote, “Every time I look up another mf running out on me and all I do is love and help people.”

And in August, Broner strongly hinted in an Instagram post that he was leaving boxing, writing, “I don’t think I’m (going to) fight again, sorry if I let anybody down who look up to me,” according to Boxing Junkie. Ultimately he did not end up quitting the sport.

Last week, Broner also put up a post saying that he was going through issues with his wife. He also indicated that he is having money problems, paying $150,000 to his lawyers and $14,000 in child support per month.

Broner was in serious legal trouble earlier this year when he was charged with felony assault and aggravated robbery. He was accused of robbing a man of $12,000 at gunpoint outside of a bowling alley in January, according to ESPN. He posted on Instagram in April that he was turning himself in after there was a warrant out for his arrest, and he paid $100,000 in bail. He served 30 days in jail for arriving late to a court hearing, according to Boxing Junkie.