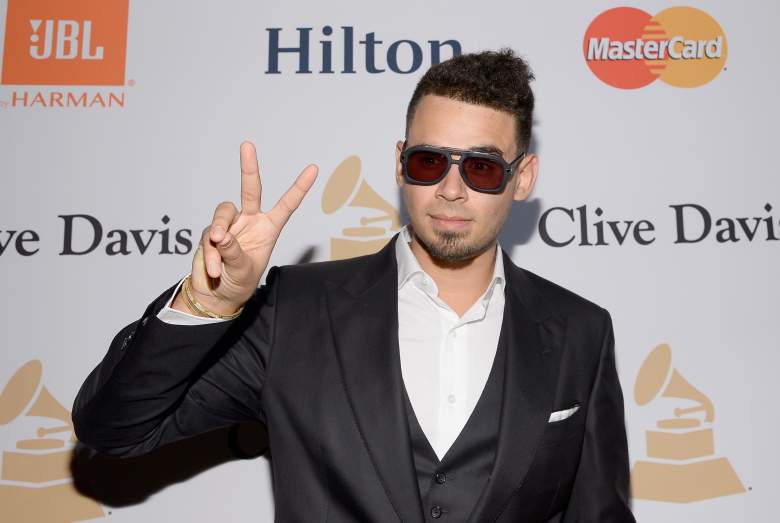 Afrojack has been relatively quiet about his love life, but he did date one well-known celebrity: Paris Hilton.

Between 2011 and 2012, Afrojack was linked to Hilton. In 2012, he reportedly dumped her, but Hilton’s representatives mysteriously denied that the two had ever dated, according to The Daily Mail. At the time, a source told RadarOnline, “Afrojack had moved into Paris’ Beverly Hills mansion earlier this year, and the two got very serious. But Afrojack just wanted to have fun and not be exclusive with anyone.”

The DJ has a daughter, Vegas, from a previous relationship with a Dutch model named Amanda Balk. In an interview with Rolling Stone, he revealed that his priorities lie mainly with Vegas, and that he flies her out for her birthdays and tries to raise her as conventionally as possible. “When I step on stage it’s a rush, it’s a feeling like nothing else. I love making music and creating an amazing, energetic show for the crowd, but the love of my life is my daughter.”

Afrojack also mentioned that his busy career has gotten in the way of them spending time together. He told the magazine, “In this career I have to make a lot of sacrifices and one of those is not getting to be with her all of the time. Being away from my daughter is hard, I hate it, but I know that by me doing this now I can build a beautiful future for her. That’s the most important thing to me, taking care of her and knowing she’ll have every opportunity in life.”

Afrojack, born Nick an de Wall, was born in Spijkenisse, Netherlands, on September 9, 1987, making him 29. He was raised by his mother, Debbie, who owned a local gym. After making the decision to leave school, Van de Wall spent time studying graphic design before pursuing his career as a DJ.

Afrojack was listed as No. 7 on the DJ Mag’s top 100 DJs of 2011. In 2012, he received the European Border Breakers Award, and his single, The Spark, has become a number 3 hit in Australia and New Zealand, and top 10 in over 7 countries. According to Forbes, Afrojack was the 7th highest-earning DJ in the world as of 2013.

Loading more stories
wpDiscuz
0
0
Would love your thoughts, please comment.x
()
x
| Reply
Who is DJ Afrojack dating? Does he have a girlfriend? Is he single? Get the details here.