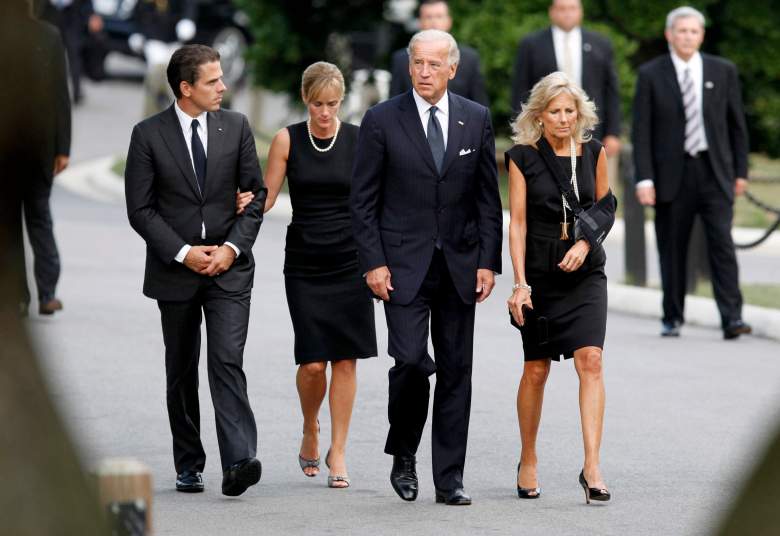 Kathleen Biden is the estranged wife of Hunter Biden, the son of former Vice President Joe Biden, who is having an affair with Hallie Biden. Just a few days after the affair was revealed publicly, dragging their divorce into the limelight, the two have decided to settle their divorce without ongoing litigation.

Kathleen filed for divorce in December 2016 and was recently seen with the Obamas on a ski trip.

Hallie is the widow of Hunter’s brother, Beau Biden. Beau died in May 2015 after a battle with brain cancer at age 46.

The 47-year-old Hunter and Kathleen have three children. Kathleen did not comment on the New York Post‘s report that her husband is having an affair with Hallie Biden.

Hunter is Biden’s son from his first marriage to the late Neilia Hunter. In addition to Beau, Hunter also had a sister named Naomi who was killed along with his mother in a car accident in 1972. Biden and his second wife, Dr. Jill Biden, also have a daughter, Ashley Blazer Biden. Beau and Hallie had two children, Natalie and Hunter.

Since the news broke about Hunter’s affair and her divorce, The Daily Mail published photos that appear to show Kathleen with former President Barack Obama’s family in Aspen, Colorado on President’s Day weekend.

Here’s a look at Kathleen’s career and her husband’s affair.

Sources told the New York Post’s Page Six that Hunter and Kathleen have been separated since October 2015, five months after Beau’s death. Kathleen didn’t comment on the report that Hunter and Hallie are in a romantic relationship, but Hunter did.

“Hallie and I are incredibly lucky to have found the love and support we have for each other in such a difficult time, and that’s been obvious to the people who love us most. We’ve been so lucky to have family and friends who have supported us every step of the way,” Hunter told Page Six.

“We are all lucky that Hunter and Hallie found each other as they were putting their lives together again after such sadness,” Joe and Dr. Jill Biden said in a statement to Page Six. “They have mine and Jill’s full and complete support and we are happy for them.”

The New York Post later got a look at Kathleen’s divorce filing. She filed for divorce in December 2016, citing his “conduct creates situations that are unsafe or traumatic for the parties’ children.” The documents show that Hunter and Kathleen have been living apart since October 2015 and she specifically cited an incident on July 5, 2015 when she asked him to leave their house “due to his conduct the night before.” She also claimed that Hunger was a big spender “on himself and his own pursuits.”

According to the latest documents obtained by the New York Post, Kathleen claimed that the money he squandered was spent on strip clubs, booze, drugs, hookers and even gifts to other lovers.

“His spending rarely relates to legitimate family expenses, but focuses on his own travel (at times multiple hotel rooms on the same night), gifts for other women, alcohol, strip clubs, or other personal indulgences,” Kathleen claimed in documents filed in Washington, D.C. in February 2017.

“Throughout the parties’ separation Mr. Biden has created financial concerns for the family by spending extravagantly on his own interests (including drugs, alcohol, prostitutes, strip clubs, and gifts for women with whom he has sexual relations), while leaving the family with no funds to pay legitimate bills,” the filing reads, according to the Post.

She wants to limit Hunter’s allowance to $5,000-per-month and demands a $20,000 monthly allowance to take care of herself and their three daughters.

On March 9, Page Six reported that Kathleen and Hunter have filed a DC Superior Court motion, stating that they have a “mutual desire” to settle to settle out-of-court.

“It is the mutual desire of the parties to work together to resolve those matters related to the dissolution of their marriage by way of settlement and without the need for continued litigation,” the filing states. “The parties recognize the benefit to themselves, their children, and their families in moving to finalize their divorce amicably and privately.”

The mediation means that a previously scheduled hearing on March 30 won’t be necessary.

In August 2015, there were reports that he had an Ashley Madison account, but he denied this was true. The site allowed individuals to arrange affairs and was famously hacked, so many of its clients’ identities were revealed. The account in question was registered to a “Robert Biden,” using Hunter’s legal first name. 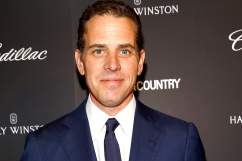 2. Kathleen Was Born in Chicago & Graduated from Saint Ignatius 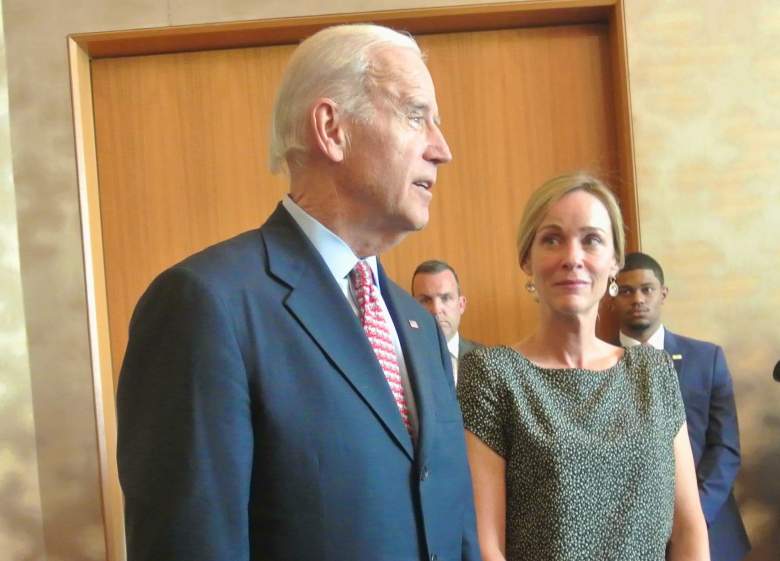 Kathleen was born in Chicago and her maiden name is Buhle. She is a graduate of Saint Ignatius, graduating in 1987.

Kathleen and Hunter’s daughters are Maisy, Finnegan and Naomi, according to a 2008 Chicago Sun-Times report. The Sun-Times reported that Kathleen has a large family that still lives in the Chicago area.

3. Hunter Met Kathleen While He Was a Member of the Jesuit Volunteer Corps Northwest 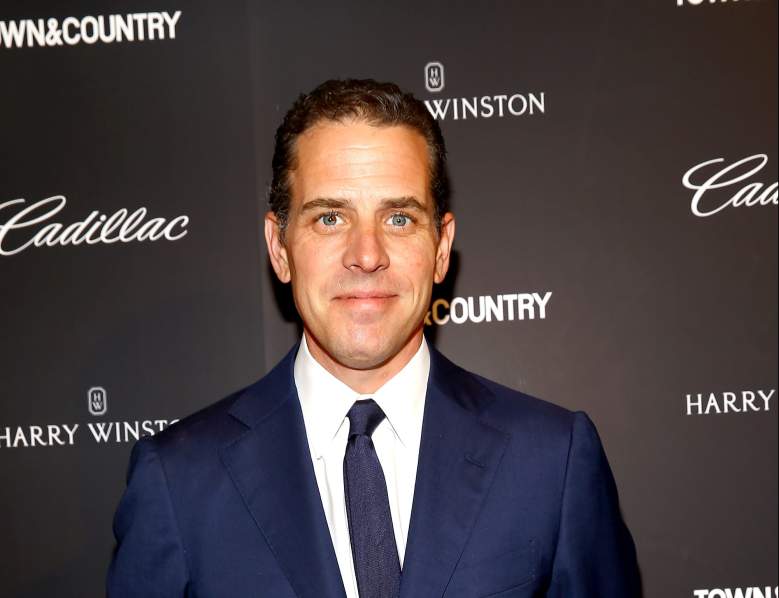 Hunter met Kathleen while he was a member of the Jesuit Volunteer Corps Northwest. He joined the group after graduating from Georgetown University and earning a J.D. from Yale.

In 2014, Hunter also courted controversy when Reuters reported that he was discharged from the U.S. Navy reserve for cocaine use. He failed a drug test in June 2013 and was discharged in February 2014.

“It was the honor of my life to serve in the U.S. Navy, and I deeply regret and am embarrassed that my actions led to my administrative discharge,” Hunter told Reuters at the time. “I respect the Navy’s decision. With the love and support of my family, I’m moving forward.” 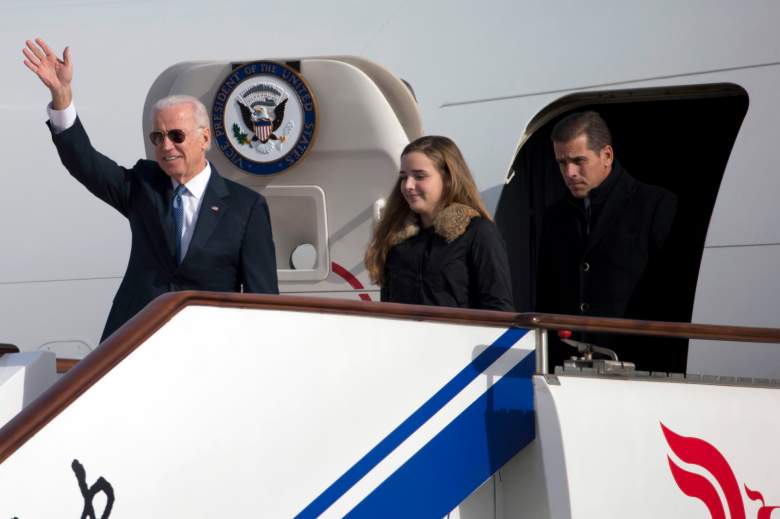 According to a Chicago Tribune report from July 2015, Hunter and Kathleen’s daughter Maisy became good friends with Sasha Obama. The two girls share a love of soccer and attended the FIFA Women’s World Cup Canada 2015 championship in Vancouver together. Maisy and Sasha also attended Sidewell Friends Middle School together.

“Maisy’s a real athlete, I mean for real,” Joe Biden said of his granddaughter.

“How wonderful that they found each other. I can see Sasha Obama really enjoying this friend, because they have so much in common. They’re on the same team,” Doug Wead, the author of All The Presidents’ Children, told the Tribune in 2015. 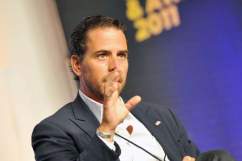 5. Kathleen Was a Co-Chair of the DC Volunteer Lawyers Project

Kathleen is currently charwoman of the Eleanor Roosevelt Dialogue. She also served as co-chair of the DC Volunteer Lawyers Project. The goal of the group is to provide women with lawyers if they cannot afford one.

“It started about six years ago when a close friend started trying to take a pro bono case,” Kathleen said in a 2015 interview with Hollywood on the Potomac. “And learned that the cost of malpractice insurance was too expensive to take just one case so she went on a Listserv and said, ‘Is anybody else interested in taking cases regarding domestic violence?’”

Kaltheen continued, “The response was overwhelming. We thought maybe a few of us could get together and we would do an umbrella insurance policy, but the response was so great that they developed it into the DC Volunteer Lawyers Project. We now have over 1,000 volunteer lawyers. What made me personally get involved and raise money for them is the business model.” 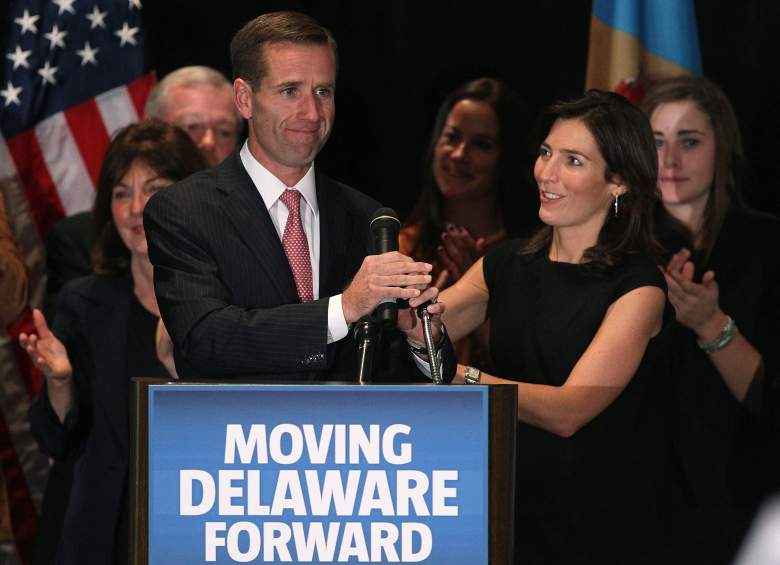 Kathleen also said that domestic violence is a key issue for her, since her father-in-law helped pass the Violence Against Women Act.

“The cause was important to me and I’m comfortable raising money for it because it has this brilliant business model that’s made up of all volunteer lawyers and it’s meeting a need here in DC,” she said in 2015.

“I’m always really careful about his schedule, because I know he’s pulled in so many directions,” Kathleen told Bloomberg in 2014. “But he is one of the reasons I’m involved in this issue, and I have three daughters.” 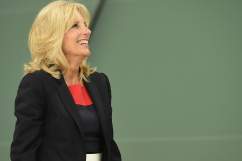 Loading more stories
wpDiscuz
14
0
Would love your thoughts, please comment.x
()
x
| Reply
Kathleen Biden is Hunter Biden's estranged wife. Hunter, the son of Joe Biden, is having an affair with his widowed sister-in-law.