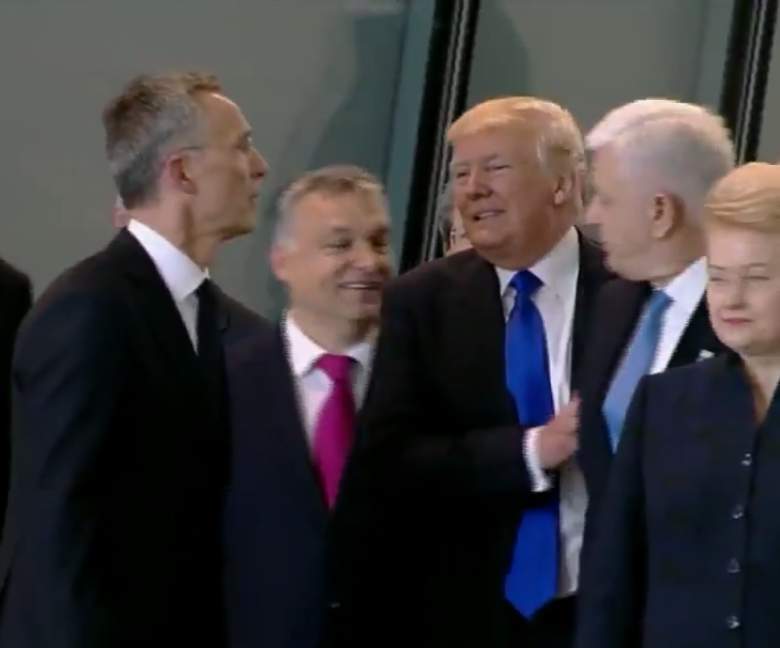 In the midst of his first trip overseas as president, Trump raised some eyebrows when he appeared to shove a foreign leader while meeting for a summit at NATO headquarters in Brussels, Belgium. With cameras locked on, a large group of NATO members were seen walking together to get to a meeting. In the shot, Trump is nowhere to be seen.

That is, until he suddenly emerges from the back of the pack and pushes Montenegro Prime Minister Dusko Markovic aside. Trump takes the opportunity to own the spotlight, stopping to adjust his suit in front of cameras as the other leaders stop and look on.

The “shove” was a warm welcome to NATO from Trump to Markovic, whose country will become a NATO member June 5.

Here is a slo-mo video of the shove at the NATO summit.

Slo-mo: Trump appears to push aside/shove another NATO leader to get to the front of the group. pic.twitter.com/K0OC6QnEL4

Trump was on the fourth leg of his trip overseas, and he used the meeting with NATO allies to give a lecture on not spending enough money for collective defense. He gave a speech in front of the other members and told them that not paying their share in defense isn’t fair to the United States. The comments brought about some notable reaction from the foreign dignitaries that surrounded him.

*Look at their faces* and the whispering as Trump admonishes leaders over NATO financial obligations. pic.twitter.com/gLCYgKTdi3

The president also declined to offer a full endorsement of Article 5 at the meeting, which says that an attack on any NATO member is an attack on all.

White House Press Secretary Sean Spicer has since clarified Trump’s words, saying that the U.S. is “100 percent committed to Article 5.”

But it was Trump shoving the way to the front of the pack prior to the meeting that took social media by storm. Many users had their own humorous take on the move.

me at the open bar pic.twitter.com/3lL73Yq4pd

Yesterday, we had the Gianforte Bodyslam. Today, we have the Trump Shove. To say Trump is unrelated to the coarsening of politics is absurd. https://t.co/E4DKEsSu2o 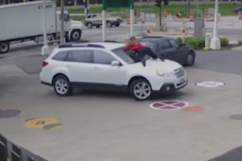 Loading more stories
wpDiscuz
36
0
Would love your thoughts, please comment.x
()
x
| Reply
At a NATO summit, President Donald trump pushed his way to the front of a group in front of cameras. Watch the video.