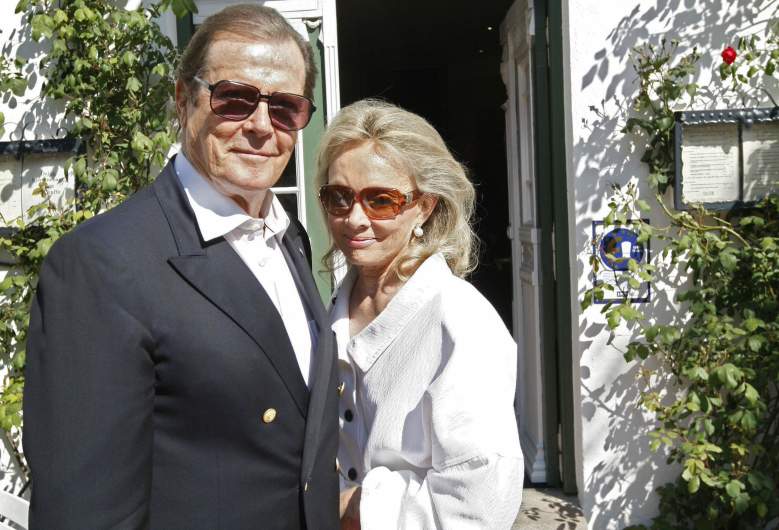 Roger Moore and his wife Kristina Tholstrup in the Danish village of Mogeltonder on Saturday May 24, 2008. (Getty)

Roger Moore, the legendary English actor known for playing James Bond, has died at the age of 89.

Roger Moore is survived by three children, all of whom he had with his third wife: Deborah, Geoffrey, and Christian. Here’s what you need to know about them. 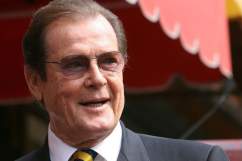 1. His Daughter, Deborah Moore, Is Also an Actress 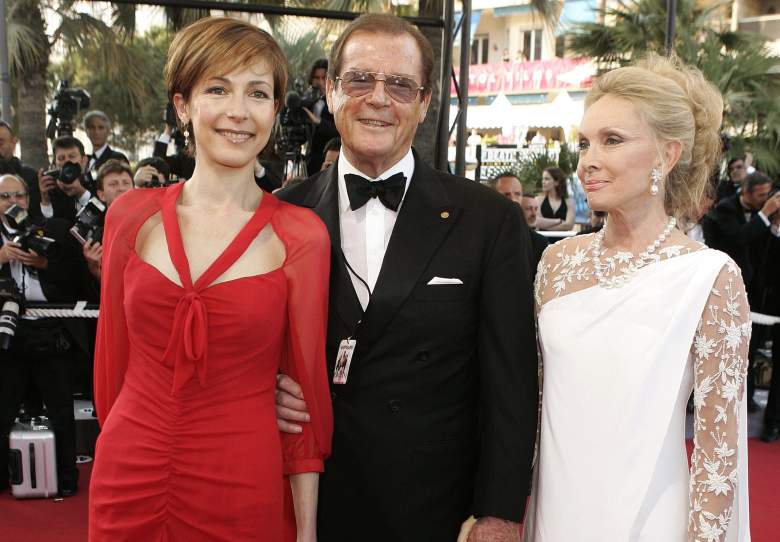 Roger Moore with his wife Kristina and and daughter Deborah at a screening of the film “The Ladykillers” at the Palais des Festivals during the 57th International Cannes Film Festival May 18, 2004 in Cannes, France. (Getty)

Roger Moore’s daughter is 53-year-old Deborah Moore, who is also an actress.

In 1990, Deborah had a supporting role in the comedy Bullseye!, which starred her father, Roger Moore. In addition, Deborah was in Die Another Day, Pierce Brosnan’s final Bond film, making a cameo as a flight attendant. She also played a secretary in the TV movie Goldeneye: The Secret Life of Ian Fleming, a biopic about Ian Fleming, the author of the James Bond novels.

In the Season 1 finale of the BBC series Sherlock, Deborah Moore played a victim of Moriarty’s.

In addition, Moore has done voiceover work for some video games such as Star Wars: Battlefront and Mass Effect: Andromeda.

“I’m so proud of her, despite her choosing a career in acting over medicine,” Roger Moore writes in his book My Word Is My Bond. “She is very talented.” 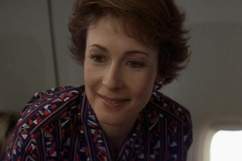 2. His Son Geoffrey Runs a Restaurant in London 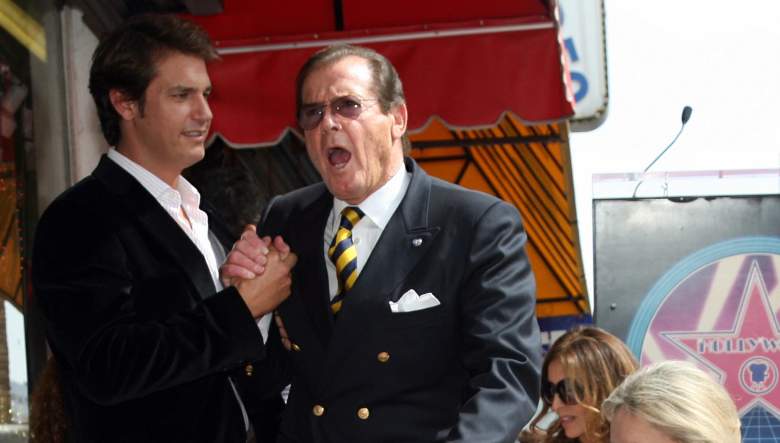 Roger Moore with his son Geoffrey after being honored with a Star on the Hollywood Walk of Fame on October 11th, 2007. (Getty)

One of Roger Moore’s sons is Geoffrey Moore, who is now 50 years old.

According to The Daily Mail, Geoffrey Moore co-founded Hush Restaurant in London, England.

“I love catering and the advantage of having a father who is famous is that people do come out of curiosity,” he told The Guardian.

Geoffrey Moore told The Guardian that when he was a kid, he wanted to either be a musician or be an actor like his father, but it was working in the restaurant business that ended up working out for him. However, Moore has appeared in some films as well, such as Fit to Kill and Hard Hunted.

In his book My Word Is My Bond, Roger Moore describes his son Geoffrey as a “handsome lad” who took after his mother.

“He is loaded with charm, and today has a beautiful wife, Loulou and two absolutely ravishing daughters, Ambra and Mia,” Moore writes. 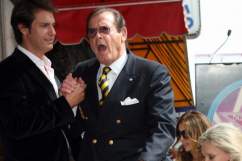 3. His Son Christian is a Film Producer 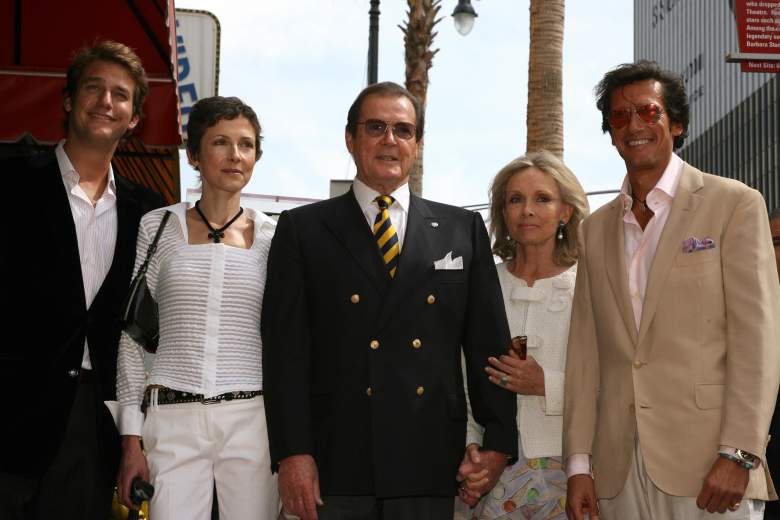 Roger Moore poses with his wife Christina (2R) and children, Geoffrey (L), Deborah (2L) and Christian (R), after being honored with a Star on the Hollywood Walk of Fame. (Getty)

Roger Moore’s youngest son is Christian, who is 44 years old.

In addition, according to his LinkedIn page, Christian Moore has worked as a freelance editor for directors such as Mike Judge (Office Space) and Richard Linklater (Boyhood).

In a 2002 interview with The Guardian, Roger Moore said that when his son came to America, he tried his best to sound “street” and not like he came from a disciplined family.

“My youngest son [Christian] was a bit like that until he moved to America, because of the group he ran along with,” Moore said. “They probably took the piss out of him because he went to Aiglon and the other two went to Le Rosey.”

In My Word Is My Bond, Roger Moore says that his son Christian is now working in the property business. He also writes of Christian, “although he may not have excelled academically, Christian too is full of charm…” 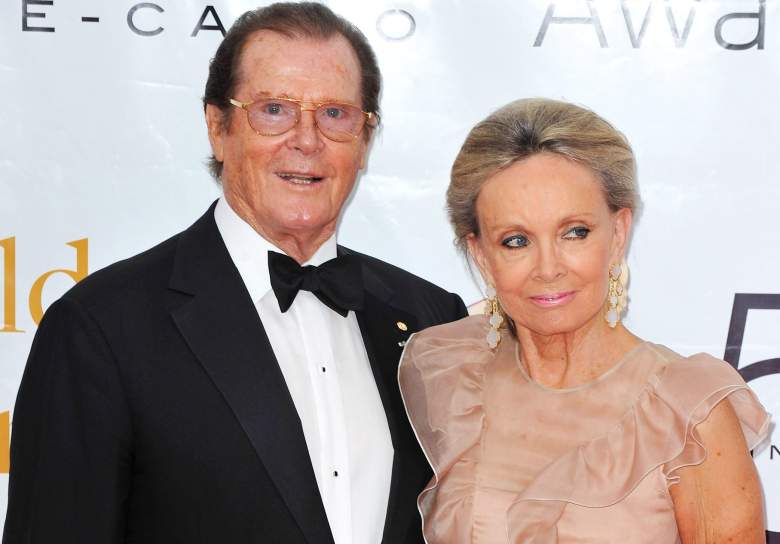 In 2002, Roger Moore married Kristina Tholstrup, his fourth wife, and none of his children attended the wedding.

“We support his happiness and if he is happy then I am happy,” Roger’s son Geoffrey told Hello Magazine at the time. “I did not go. There was no family there. He wanted to do it in a low-key way and went off and did it.”

Roger Moore later explained that he actually didn’t invite them to the wedding at all because he didn’t want to make things awkward for them.

“Actually, I didn’t invite them because I didn’t want to put them in a difficult position,” he told the Evening Standard. “They have great loyalty to their mother.”

Moore’s children reportedly did not speak to him for some time, but in the end, they came back together.

“…I trusted we would all be reconciled, and we are,” Moore told the Evening Standard. “They now get on with Kristina and accept her importance in my life.” 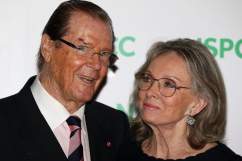 5. His Stepdaughter Christina Died From Cancer in 2016

Our beautiful daughter Christina (aka Flossie) lost her battle with cancer 25 July at 10am. We are heartbroken. pic.twitter.com/x0AQui2F8m

Sadly, Knudsen died last year at the age of 47 after a battle with cancer. Upon announcing her death, Moore said that Knudsen was surrounded by loved ones until the end.

We were all with her, surrounding her with love, at the end. pic.twitter.com/Eu5oePd2wN

The Mirror later reported that Roger Moore “practically moved in” with his daughter during the final months of her life.

“Roger and her mum were always at Christina’s house while she was poorly,” a source told The Mirror. “They were completely devoted to her and made sure her final months were full of love and happiness. They are all completely devastated but they were always there for her unconditionally.”