Bryan Sanders is the husband of outgoing White House Press Secretary Sarah Huckabee Sanders. He is a longtime Republican political consultant who has worked on several high-profile GOP campaigns, including his father-in-law’s presidential runs.

Bryan Sanders, a 34-year-old Kansas native and Colby College graduate, now lives in Arlington, Virginia, with his 35-year-old wife and their three young children. Bryan has accompanied his wife, who has been press secretary since January 2017, to the White House Correspondents’ Dinner and to the first State Dinner of the Trump administration, but has mainly stayed out of the spotlight. They have been married since 2010.

President Donald Trump announced on June 13 that Sarah Sanders would be leaving the White House and the press secretary job at the end of the month to return to Arkansas with her family. Trump tweeted, “After 3 1/2 years, our wonderful Sarah Huckabee Sanders will be leaving the White House at the end of the month and going home to the Great State of Arkansas. .She is a very special person with extraordinary talents, who has done an incredible job! I hope she decides to run for Governor of Arkansas – she would be fantastic. Sarah, thank you for a job well done!”

Sarah Sanders tweeted later, “I am blessed and forever grateful to @realDonaldTrump for the opportunity to serve and proud of everything he’s accomplished. I love the President and my job. The most important job I’ll ever have is being a mom to my kids and it’s time for us to go home. Thank you Mr. President!”

Here’s what you need to know about Bryan Sanders:

1. Bryan & Sarah Met While They Were Working on Her Father’s 2008 Presidential Campaign 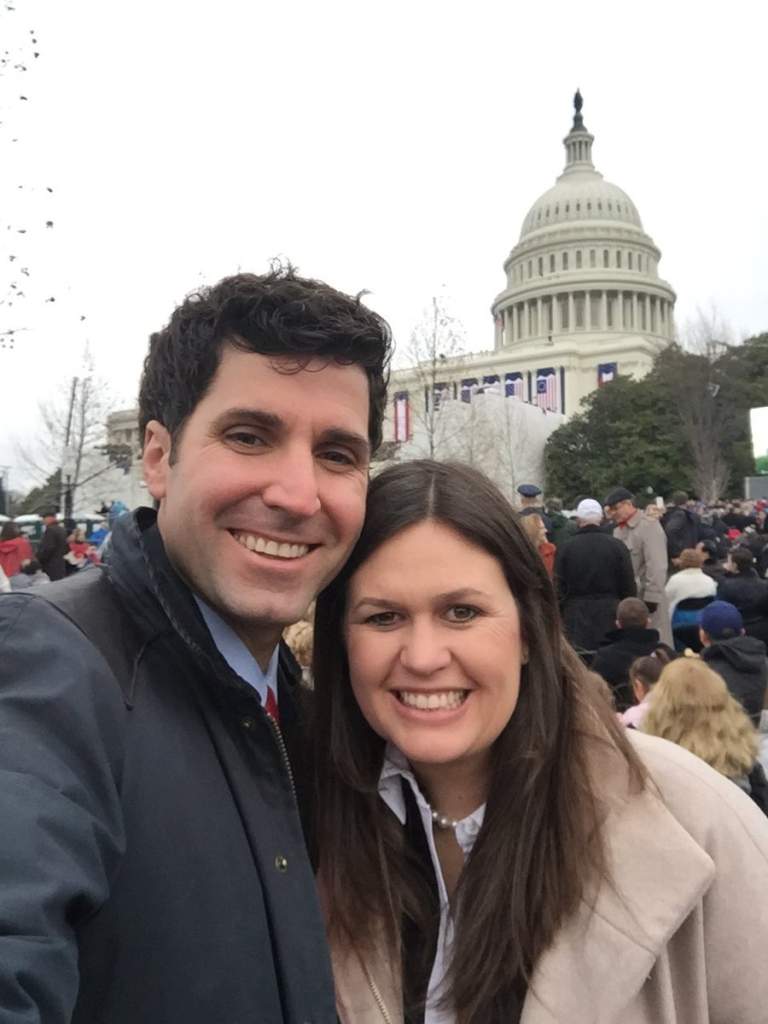 Bryan Chatfield Sanders was born and raised in Mission Woods in Johnson County, Kansas, and graduated from Shawnee Mission East High School in 2002, according to the Kansas City Star. Sanders then attended Colby College in Maine, graduating in 2006 with a degree in campaign media.

Sanders met Sarah Huckabee when they worked together on her father, Mike Huckabee’s, 2008 presidential campaign. Sarah Huckabee hired her future husband after then-Kansas Senator Sam Brownback folded his own presidential campaign, which Bryan Sanders had been working for, according to The Hill. He was hired along with one of his colleagues. “They were both kind of cute, [so I said,] ‘Well, we might be able to work something out’ — kidding a little bit there,” she joked with The Hill in 2010.

In February 2019, she talked about her first date with Bryan:

After the campaign ended, Huckabee and Sanders continued dating and they were engaged in August 2009 on his family’s ranch in Kansas. They were married in St. John in the Virgin Islands on May 25, 2010. Sarah tweeted on her wedding day: “Big day today! Going to the chapel and going to get married.”

Bryan Sanders supported his wife’s decision to join the Trump campaign after her father’s own presidential bid ended in 2016. He said she picked Trump because she was looking for the best chance to beat Hillary Clinton. “Sarah is from Arkansas, you have to remember,” Bryan Sanders told Politico. “And she’s grown up her whole life with the Clintons. That was the driving force. That we have to do everything in our power to defeat Hillary Clinton.”

Bryan Sanders said she saw similarities between what Mike Huckabee and Trump were saying during their campaigns. “Her dad and Trump were saying a lot of the same things. They were talking about how Washington needs a big change. They were both running very anti-establishment campaigns,” Bryan Sanders told Politico. But Bryan said there were differences, especially Trumps character flaws, but like many Trump supporters, she was able to look past that because she liked what he was saying about abortion, religious liberty and the judges he wanted to appoint, especially to the Supreme Court.

Bryan Sanders told Politico faith is “the defining aspect of her life,” about his wife.

2. The Couple Has Two Sons & a Daughter

Bryan and Sarah Huckabee Sanders have three children together, two sons and a daughter. Their first child, Scarlett, was born on May 10, 2012. Their son, William Huckabee Sanders, called “Huck,” was born October 16, 2013. Their youngest child, George, was born June 8, 2015. Sarah has often talked about her children and posts photos of them on social media.

Sarah Sanders talked at the White House during a press briefing in July 2017 about being the first working mom to hold the position of press secretary. “That says less about me than it does about this president. Empowering working moms is the heart of the president’s agenda, particularly when it comes to things like tax reform. Scarlett and every little girl in America should grow up in a country that — if we deliver on the president’s agenda better jobs, better healthcare, and a better tax system — incentivizes women to work and raise children. As a working mom, it’s not lost on me what a great honor and privilege it is to stand here at the podium.”

She has also joked with reporters that the chaos in her home with three young children prepared her for the White House and dealing with the press corps. She wakes up at 5 a.m. everyday to spend time with her husband and children, according to the New York Times. She told the newspaper talking about her family comes naturally, saying, “That’s just kind of who I am.”

3. Bryan Sanders, Who Has Been Called a ‘Rising Star’ in Politics, Has Worked on Campaigns for Ted Yoho, Sam Brownback & Robert Bentley, Along With Mike Huckabee

Bryan Sanders got his start in politics as a press assistant to then-Kansas Senator Sam Brownback, who is now the governor of Kansas. Sanders worked as a staffer in Brownback’s office in his home state of Kansas and was also an aide in Washington D.C. When Brownback decided to run for president in 200, he joined that campaign. He made the switch to Mike Huckabee’s presidential campaign after Brownback dropped out.

Sanders then began working for The Wickers Group, a political media firm, in late 2009 and continued to have a key role in Republican campaigns. He managed the primary and general election campaigns for former Alabama Governor Robert Bentley in 2010. In 2012, he was the media consultant for Florida Congressman Ted Yoho. One of the ads Sanders produced for Yoho, titled “Pigs,” received much acclaim from reviewers — and voters.

The Washington Post named it one of the best political ads of the 2012 election cycle and Yoho won the seat in Congress. Sanders was also named a “Rising Star” by Campaigns & Elections magazine in 2012, which is “one of the most prestigious honors in politics,” and “the award goes to a select group of operatives age 35 and under who have an established track record of achievement in political consulting or advocacy and the promise to achieve greatness.” The magazine called him a “specialist in polling, focus group research, and media production and placement.”

In 2016, Bryan Sanders founded a consulting firm, Second Street Strategies, with his wife, based in Little Rock, Arkansas, where they were living at the time. The firm aimed to provide “general consulting services, including strategy, research, polling, message development, and advertising production and placement for candidates, independent expenditure committees, businesses, and non-profits.”

The firm appears to be on hold while Sarah Huckabee Sanders works in the White House. It is not clear if Sarah Sanders and her husband will be restarting the consulting firm when she leaves the Trump administration. It is also not known if either of them will have a role in Trump’s 2020 presidential campaign. 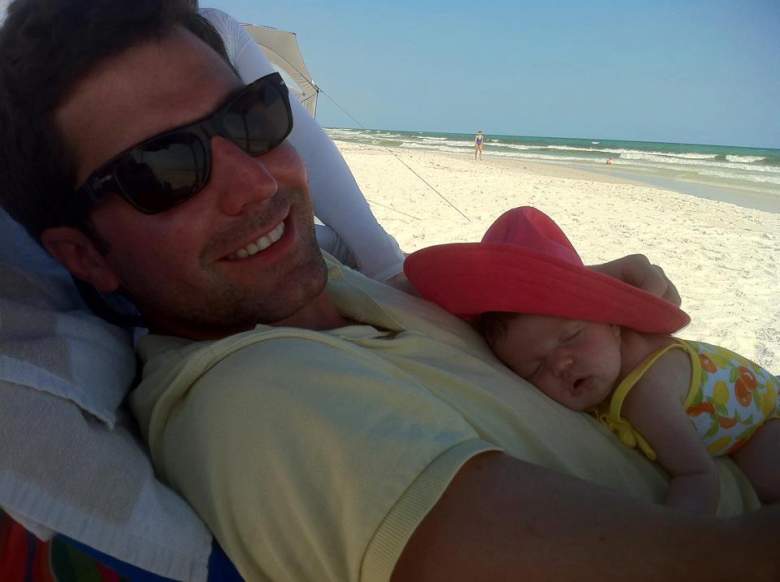 Sanders took on a new job leading the newly created research and insights division of IMGE, a center-right digital public affairs firm based in Washington, D.C., according to a press release from the company. Sanders was brought on board in July 2017 after IMGE split away from Media Group of America Holdings, which runs the Independent Journal Review news site.

“Sanders will lead a new team within IMGE, IMGE Insights, that will offer polling and messaging for political and corporate clients. IMGE Insights will employ a different approach to polling, casting a wider net via online, mobile, and landline interviews to deliver more accurate results and effective messaging at a lower cost. Sanders has distinguished himself as a strategist for some of the most unexpected Republican victories in the country over the last decade,” the press release stated.

“Bryan Sanders brings tremendous experience as a leading pollster and general consultant to numerous winning causes, and he will pioneer a new approach to survey research in an area that is ripe for disruption. We are already off to a fast start with several fascinating new projects, and I’m excited to welcome him formally to the team,” CEO Phil Musser said.

It is not clear if Sanders will continue in that role when he and his family move back to Arkansas.

“Bryan is a pollster and strategist for Fortune 500 companies, trade associations, and Republican campaigns and outside groups. He’s done polling, message development, and media for many of America’s top leaders in business and politics, including some of the most surprising upset victories in the country over the last decade,” the IMGE website says. “Bryan has worked for Republican Governors, Senators, and Congressmen, and on the presidential campaigns of Governor Mike Huckabee and Governor Mitt Romney. He was named a “Rising Star in American Politics” by Campaigns and Elections magazine, and his work has been featured in Axios, Politico, the Washington Post, and Fox News. Bryan lives in Arlington, Virginia with his wife Sarah and their three children.”

On Twitter, Bryan Sanders has retweeted his wife and tweets about her several times, but he has not tweeted much himself recently. But he has not surprisingly been a big supporter of Trump.

“Thank God President Trump is now doing what President Obama was always too big of a coward to do,” he tweeted in August 2018. 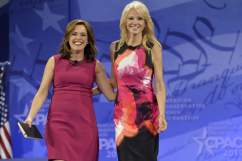