Capitol police officer David Bailey, one of the officers who risked his life saving members of Congress during a shooting at a baseball practice in Alexandria, Va., was wounded and rushed to Washington MedStar Hospital Wednesday morning.

Bailey was one of five people shot in the attack that sources are saying was “deliberate”, and has been hailed a hero for his bravery. The other four victims include House Republican Steve Scalise, fellow Capitol Police officer Crystal Griner, former congressional staffer Matt Mika, and staffer Zach Barth.

Here’s what we know so far about David Bailey:

1. He Has Worked as a Federal Police Officer for Over 9 Years

According to his LinkedIn page, Bailey, 32, has been working as a United States Capitol Police Officer for over 9 years. His page states that as a Capitol Officer, he is, “Responsible for the protection of Members of Congress, Officers of Congress, and their families as expanded by statute to the entire United States, its territories and possessions, and the District of Columbia.” As part of his job, Bailey also prevents, detects, and investigates criminal acts and enforces traffic regulations.

His page reveals that he was an administrator at the US Fish and Wildlife Service in Falls Church, Virginia, from 2005 to 2008.

2. He Was Praised by Rep. Paul Ryan for His Heroic Actions

Rep. Paul Ryan, the speaker of the House, praised the two wounded officers – Crystal Griner and David Bailey – during his speech

Members of the House convened late Wednesday morning in the wake of the attack. Speaker of the House Paul Ryan took the floor to praise the heroic efforts of Crystal Griner and David Bailey, the two officers wounded in the shooting. “We are, as ever, awed by the tremendous bravery of the Capitol Police,” Ryan said.

He added on that he spoke to both officers this morning. “I expressed our profound gratitude to them. It is clear to me, based on various eyewitness accounts that without these two heroes — Agent Bailey and Agent Griner — many lives would have been lost.”

When Sen. Rand Paul spoke to CNN later, he seconded Ryan’s sentiments, saying, “Our lives were saved by the Capitol Police. Had they not been there I think it would have been a massacre. The field, I mean, was basically a killing field.”

According to USA Today, Bailey and Griner were present at the baseball field because of Scalise’s role in House leadership– typically, security is not required of “rake-and-file” Congress members.

3. He Is a Graduate of North Carolina Central University 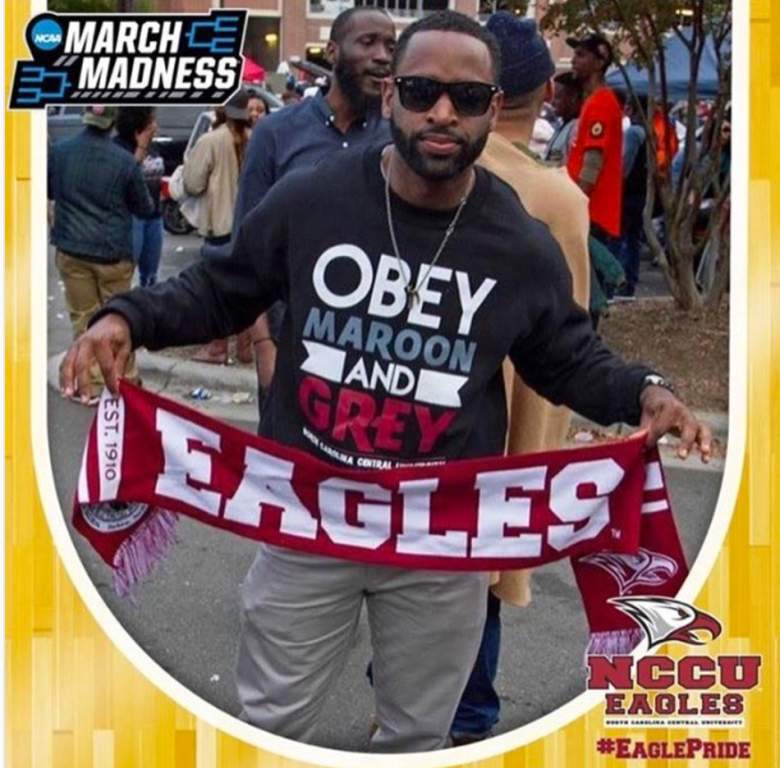 Bailey graduated from North Carolina Central University in 2007 with a degree in physical education. According to USA Today, the school’s yearbook lists him as former president of Alpha Phi Alpha Fraternity and a member of the homecoming royal court.

In a statement obtained by WRAL, NCUU Chancellor Dr. Johnson O. Akinleye spoke about how the school’s community has been impacted by the attack. “We are especially proud of our Eagle hero…who was part of the congressional security detail and bravely put his life on the line to protect and serve the community. This example of ‘Truth and Service’ comes as no surprise to his professors who knew him to be an engaged and empathetic student who was committed to excellence,” Akinleye said.

Multiple people, including former classmates, have flocked to Twitter to thank Griner and Bailey for their bravery.

A big s/o to Agents #DavidBailey & #KrystalGreiner for your heroic actions today! Wishing you both a very speedy recovery.

A big s/o to Agents #DavidBailey & #CrystalGreiner for your heroic actions today! Wishing you both a very speedy recovery.

Capitol Police Chief Matthew Verderosa said in a news conference Wednesday afternoon that both Bailey and Griner are “in good condition and have not suffered any life-threatening injuries at this point.”

In a statement made later on, police said that Griner was in “good condition in the hospital having been shot in the ankle,” while Bailey “was treated and released having sustained a minor injury during the incident.”

5. The Shooter, James Hodgkinson, Is Dead

James T. Hodgkinson was identified as the man who opened fire on Wednesday. He was married to a woman named Sue Hodgkinson, but had been living apart from her for several months.

Hodgkinson, 66, was from Belleville, Illinois, and owned a small company called JTH Inspections, which conducted home inspections and mold/air-quality testing. He was a vocal Bernie supporter, and his Facebook page featured a banner image of Bernie Sanders with a profile picture that boasted Democratic Socialism. Hodgkinson’s Facebook page has since been deactivated.

On March 22, Hodgkinson took to Facebook to write a post that read, “Trump is a Traitor. Trump Has Destroyed Our Democracy. It’s Time to Destroy Trump & Co.” In February, he wrote, “Republicans are the Taliban of the USA.”

Loading more stories
wpDiscuz
10
0
Would love your thoughts, please comment.x
()
x
| Reply
David Bailey was one of the Capitol Police officers injured in the Alexandria shooting at a congressional baseball practice on Wednesday.