The Profile Project’s recent determination that Seth Rich’s murder was likely done by a hit man or a serial killer has renewed calls from the public for D.C. police to release footage from body cams that police officers were wearing the night that Rich was found. Rich was still alive and conscious for nearly 90 minutes after he was shot, which has led people to wonder if he might have said anything that was recorded on the body cams police were wearing when they found Rich.

Seth Rich was a data analyst whose unsolved murder sparked controversy and theories.

In this screenshot from the Washington D.C. Metropolitan Police report, you can see that three assisting officers on the scene for Seth Rich were wearing body cameras. These are listed as Robert Wingate Robinson, Benjamin Velez, and Mark Lee.

Later, the report states that Rich was conscious and breathing when he was found:

You can read the entire police report below:

The Washington D.C. Metropolitan Police, in response from a request from Heavy, acknowledged that body cam footage from Seth Rich’s shooting does exist, but they don’t plan to release it. Heavy wrote the DC police, asking if the footage was ever released or if there were plans to do so. Officer Hugh Carew of the Public Information Office responded in late May:

MPD has not released body worn camera footage from this case.  At this time, there are no plans to release any footage.”

This was not, however, a statement that they would never release the footage. The DC Police have released footage of unsolved crimes before, and Heavy will update this story if their decision changes.

It’s unclear if the body cam footage would be helpful in solving Seth Rich’s murder or not. According to The Profile Project, Rich’s dad said that when emergency responders first arrived, Seth was conscious and talking to them. He didn’t even realize that he had been shot. Because he was conscious and talking freely, many people have sought the body cam footage, hoping it may have clues as to what happened.

Surveillance footage from nearby cameras did not reveal much about the shooting. However, the Profile Project said that a second surveillance camera on Flagler Market may have been missed by the police department. The camera might clearly see the intersection where the attack occurred, The Project has suggested. 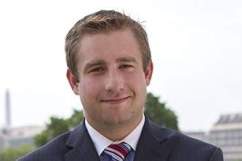