Jenna Lee has announced that she is leaving Fox News. “It’s time for a change,” she said, while on the air, “I have chosen to leave Fox News. It’s been an honor and a true privilege to serve as your anchor.” Lee joined Fox News as a business reporter in 2007, and yet to announce what her plans are for the future, though she did tease that she has some “big ideas” in mind.

Watch the full announcement video above.

In the wake of this decision, many have been left wondering how Lee started her career with Fox, and who will replace her as the anchor for Happening Now opposite Jon Scott. For the answers to these questions, and many more, here are five fast facts you need to know about Jenna Lee and her decision to leave Fox News.

Lee was born in San Francisco on May 30th, 1980. She attended The University of California in Santa Barbara, where she graduated with a B.A. in English and global studies in 2002. She later attended the Columbia University Graduate School of Journalism in 2005, where she earned an M.A. in journalism. Within two years, Lee was hired by Fox News Chairman Roger Ailes to be the co-anchor of Fox Business Morning opposite Nicole Petallides.

Lee was incredibly busy during this time, lending her talents to Money for Breakfast and Imus in the Morning in addition to Fox Business Morning. She subsequently left the Fox Business Network in 2010 and joined its parent station, Fox News Channel, where she replaced Jane Skinner as the co-anchor of Happening Now.

In doing so, Lee became the first television personality to successfully make the jump between stations. She remained with Happening Now until her recent announcement.

Lee married Lt. Commander Leif Babin in 2011, but according to The New York Times, they had actually crossed paths years before. The couple met at the Waldorf-Astoria in New York in 2008, as they were both attending the Navy SEAL Warrior Fund dinner. They agreed to go on a date, and, as Lee recalled, “Within the first two minutes of talking at the bar, I thought to myself, ‘This is different, this guy is special.”

She and Babin would be wed in the chapel of the Old Glory Ranch in Wimberley, Texas. You can watch footage from the ceremony below.

Babin served as an executive officer of a Navy SEAL team in San Diego. He graduated from the United States Naval Academy at Annapolis, Md. and was awarded the Silver Star, the Bronze Star, and the Purple Heart for his services during the Iraq War in 2006.

As a journalist, Lee spoke on the potential conflict of interests of reporting on the war and being married to a former Navy SEAL: “I was worried initially how some might be critical of my relationship with Leif, how they might view it as skewing my ability to report on the war or the military. But being in love with someone who is willing to die for their country actually taught me so much more than I ever thought. It made me a better journalist.” Lee and Babin have two children together, Trace and Liberty Josephine.

Watch the Conan clip below.

Lee also used the situation to make a larger statement regarding female anchors on television:

She later addressed the situation on the air, where she said that O’Brien didn’t owe her an apology.

Lee’s experience as an anchor, coupled with her exposure during major cases, has resulted in her accumulating an estimated net worth of $5 million. Granted, a good chunk of it was through her Fox News salary, which (according to Cow Net Worth) was an estimated $1,200,00 per year, but Lee has parlayed her career as an anchor into more of a lucrative status. She also edited the manuscript for Extreme Ownership: How U.S. Navy SEALS Lead and Win, which was co-written by her husband Babin. The book would go on to become a New York Times Bestseller in 2015.

In terms of Lee’s lifestyle, Lee and Babin currently reside in West Liberty, Ohio. According to Finapp, they purchased their home for $1.1 million in 2012, and own two cars, a BMW and a Ford. The website also etches out $2.4 million of this net worth to personal investments, which, given her recent decision to leave her main source of income, Fox News, seems especially important at this time. It is unclear how much her net worth will dip in the future.

In her personal life, Lee, a former college softball player, remains active and has participated in Olympic distance triathlons.

5. No Replacement Anchor Has Been Named

Given that Lee just announced her plans to leave Fox News, it goes without saying that Happening Now has yet to find a replacement anchor. “This was a difficult decision for me,” she said in a separate statement, “And I’m very grateful for the opportunities that the Fox News Channel and Fox Business Network have afforded me.”

Jay Wallace, Fox’s President of News, released a similarly warm statement saying “We are grateful for Jenna’s many contributions to Fox News Channel and Fox Business Network throughout her 10 years here. She is a talented journalist and we wish her the best of luck in her future endeavors.”

During her time with Fox News, Lee covered several famous stories, including the Boston Marathon bombing, the Sandy Hook Elementary School shooting, the inauguration of Pope Francis, and the death of Osama Bin Laden. In the midst of her transition to Happening Now in 2011, Lee also covered the “Gilgo Killer,” a serial killer in Long Island, New York.

Numerous users hopped on Twitter to wish Lee the best in her future endeavors, including former Arkansas governor Mike Huckabee, who deemed her a “classy young lady” and a “total pro journalist.” Check out the tweets below.

I cannot express how much I'm going to miss @JennaLeeUSA such a remarkable person, journalist and friend.

@JennaLeeUSA I am so sorry we won't be seeing you on @FoxNews have loved your non-biased reporting with a conservative slant.Luv ya darlin'

Thank you @JennaLeeUSA for your contributions to both @FoxNews Channel and @FoxBusiness Network over the past decade. Wish you the best???. 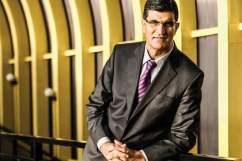 Loading more stories
wpDiscuz
16
0
Would love your thoughts, please comment.x
()
x
| Reply
Jenna Lee is leaving her position as Fox News anchor after a decade. Learn about her career, her replacement, and what she has planned moving ahead.