Tracy Tam, the doctor who was shot to death by Henry Bello in Lebanon Hospital, had come in on her day off to cover a shift for someone else.

Bello, 45, who had worked at the Bronx hospital before quitting under threat of termination, went on a shooting rampage on June 30 throughout two floors of the hospital. In the end of the shooting spree, Tam lay dead, and five other people were wounded by the gunman.

Although others were seriously injured, only Tam died in the rampage. The other victims have not yet been named.

Bello killed himself in a hospital hallway.

1. It Was Supposed to Be Tam’s Day Off

Tam shouldn’t have been in the line of fire that day at the busy New York hospital when the gunman in a white lab coat started shooting with what police called an “assault rifle.”

It was supposed to be her day off, reported The New York Post.

“She didn’t have to be there. She doesn’t work in the hospital she works in the clinic,” a neighbor told the Post, which reported that Tam was covering someone else’s shift.

Two hours before the rampage, Bello wrote an email to The New York Daily News that said, in part, “This hospital terminated my road to a licensure to practice medicine.” He said he was the target of “bogus complaints.” However, none of that had anything to do with Tam. 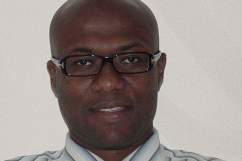 According to her profile page on Health Grades, Tracy Tam was a doctor practicing family medicine at the Bronx hospital.

Tam was from Jamaica, Queens.

Others shot are also seriously wounded, according to The New York Times, which reported that one medical student was shot in the head and has a serious brain injury and a medical resident suffered liver damage that left him in critical condition.

4. Bello Was Looking for Someone Else but the Resident Wasn’t There

Tam was not the intended target of Bello. The killer had left his employment at the hospital (he was also listed under family medicine on the hospital’s website) angry and had threatened to kill a male resident there.

When he showed up with the weapon, Bello asked for the resident, but the man was not there. It was his day off. He then opened fire indiscriminately on two floors of the hospital, lighting a fire in a nurse’s station. “Why didn’t you help me out when I was getting in trouble?” Bello shouted at a doctor before opening fire, according to The New York Daily News.

Dione Morales, a patient at the hospital, told CBS 2 that Bello was let go “because I guess they figured he was unstable.”

In the end, reported The New York Post, six people lay wounded: “three doctors, two med students and one patient — on the 16th floor. He then headed up one flight, where he fatally shot a 33-year-old doctor.” The 33-year-old doctor was Tracy Tam.

“A total of 6 additional gunshot victims were removed to the ER of Hospital. 5 of them were seriously injured & 1 was shot in the leg,” the NYPD tweeted.

5. Tam’s Body Was Found Near the Killer’s

According to CNN, the suspect had ID on him, and “shot himself on the 16th floor.” The Daily Beast reported that the weapon used was an “Anderson Arms AR-15 assault rifle with a standard magazine.”

“The body of a woman who was shot was found near the body of the shooting suspect,” CNN reported.

A female victim was found on the 17th floor. She was pronounced dead at the scene.

This story will be updated as more is learned about Dr. Tracy Tam.

Loading more stories
wpDiscuz
21
0
Would love your thoughts, please comment.x
()
x
| Reply
Dr. Tracy Tam was identified as the victim of Henry Bello, who went on a shooting rampage at Lebanon Hospital in the Bronx, shooting doctors and others.