Twitter/MorningIreland Jason Corbett was found dead in his home on August 2, 2015.

On Wednesday, 33-year-old Molly Martens and her 67-year-old father, Thomas Martens, were found guilty of second-degree murder in the death of Molly’s husband, Jason Corbett.

Corbett was found bludgeoned to death in his North Carolina home on August 2, 2015. Tonight, 20/20 will speak exclusively to Molly and Thomas, and play a secret audio recording that Molly reportedly made to document her struggling marriage.

Read on to learn more about Jason Corbett.

Molly Martens Corbett's first words to police: 'I tried to hit him… I do not remember' – Irish Times https://t.co/Ez0FT3ONgg #News pic.twitter.com/69l5Y4dnWe

After the death of Corbett’s first wife, he hired a nanny to look after his two young children at his home in Limerick, Ireland.

Molly Martens, originally from Knoxville, was eventually hired as the family’s nanny and moved in with them to look after the young children.

Corbett and Martens became romantically involved and married in 2011 in Tennessee. A court deposition obtained by The Times and filed by Corbett’s sister claimed that Molly “flipped out” on her wedding day and screamed at Jason.

A year after marrying, the new family moved to the US.

According to The Independent, the couple faced marital struggles early on because Corbett would not sign legal papers that would allow Molly to adopt his children. In court, Corbett’s sister, Tracey, argued that the family never truly trusted Molly and that she had a history of lying– “claiming she was an Olympic swimmer, a teacher, a foster parent to a six-year-old boy and a book editor.”

2. Corbett Was Bludgeoned to Death with a Baseball Bat

Ex-Model Convicted of Murdering Husband With Help of Retired FBI Agent DadA former model was convicted of murdering her husband with her father, an ex-FBI agent. Molly Martens was hired in 2008 as a nanny by widower Jason Corbett and they went on to marry. Corbett was found dead in their bedroom with head injuries. A baseball bat and a brick were found nearby. Molly, 33,…2017-08-10T21:11:57.000Z

On the night of August 2, 2015, Jason Corbett was found dead on the floor of his bedroom. He had been bludgeoned to death with a baseball bat and a concrete brick.

According to Journal Now, the baseball bat was a 28-inch Louisville Slugger bat.

Corbett’s autopsy revealed he died of blunt force trauma to the head. On the stand, a medical examiner testified he had been hit at least 12 different times.

3. His First Wife Died in 2006 from a Sudden Asthma Attack

In 2006, Corbett’s first wife, Margaret Fitzpatrick, died from a sudden asthma attack. Together, Jason and Margaret had two children: Sarah and Jack.

In trial this week, Jack, 12, had a letter he wrote read aloud on his behalf by Assistant District Attorney Alan Martin. A section of the note read:

“She (Molly) has put this burden on this family, and it will not be done until she is put away. She will always be remembered as a murderer”.

Jack added on that Molly’s actions deprived him and his sister of “a kind, loving and adoring father and left the children orphaned,” reports the Independent. 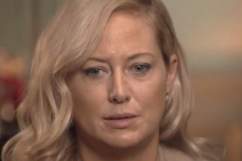 Martens, who was sentenced to 20-25 years in prison for second-degree murder, willingly told police he attacked Corbett that evening. Martens maintains that he entered the bedroom to find Corbett choking his daughter and he intervened by hitting Corbett with a baseball bat.

In trial, the prosecution argued that neither Martens nor his daughter’s bodies showed signs of self-defense. Prosecutors said that the father and daughter attacked Corbett and conspired to create a cover up.

In trial, a co-worker from the Department of Energy testified that Thomas Martens once said, “That son-in-law, I hate him,” according to The Dispatch.

5. He Grew up in Limerick, Ireland

The Irish Independent – The killing of Jason Corbett trial (9/8/16)It was the trial that gripped two nations: A Limerick businessman bludgeoned to death in his exclusive US home by his wife and her father. by Mark Condren, Conor Feehan and Donal Corkery http://www.independent.ie/videos/irish-news/video-the-killing-of-tragic-jason-corbett-and-the-trial-of-his-wife-molly-martenscorbett-and-her-former-fbi-agent-father-thomas-martens-36016010.html2017-08-09T16:23:39.000Z

Corbett grew up in Limerick, Ireland.

According to the Independent, he had seven brothers and sisters– Tracey, Marilyn, Wayne, Chris, Stephen, Michael, and John.

Jason was a sports fanatic and enjoyed music– he used to sing at local events and parties in Limerick. 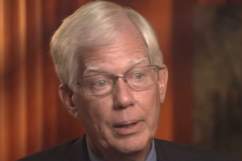 Read More
20/20, ABC News, Celebrities, Crime
Jason Corbett was found bludgeoned to death in his North Carolina home on August 2, 2015. On Wednesday, his wife and father-in-law were found guilty of second-degree murder in his death.