Getty A security guard stands at the entrance of a garage at an FBI field office October 30 in Washington, DC.

The first indictments by special counsel Robert Mueller and his team have been made, and the two subjects face decades of time in a federal prison if convicted of the charges.

The Department of Justice announced Monday that President Donald Trump‘s former campaign manager Paul Manafort and his business partner Rick Gates were charged by a federal grand jury on 12 counts. Those charges include: conspiracy against the United States, conspiracy to launder money, acting as an unregistered agent of a foreign principal, false and misleading FARA statements, false statements and seven counts of failure to file reports of foreign bank and financial accounts, the special counsel’s office said in a press release.

The pair are the first people facing indictments as a result of Mueller’s investigation, but likely won’t be the last. The charges are tied to work performed by Manafort and his associated for a pro-Russian political party in Ukraine from around 2008 until 2014.

The indictment accuses Manafort and Gates of hiring two lobbying firms to work on behalf of Ukrainian clients and arrange meetings with U.S. officials to boost their public image. Manafort worked directly with former Ukrainian President Viktor Yanukovych and was provided millions of dollars in payments to lobby for him.

If convicted of the charges, the two could face decades in prison. So, exactly how long would they face? Here’s a look at the potential sentence each specific charge carries:

Conspiracy against the U.S.: According to 18 U.S. Code 371, someone convicted of the charge faces a sentence of up to five years in a federal prison and fines of up to $250,000.

Conspiracy to launder money: According to 18 U.S. Code 1956, someone found guilty of the charge faces a sentence of up to 20 years in a federal prison in addition to a fine totaling twice the value of the money laundered (up to $500,000).

Acting as an unregistered agent of a foreign principal: The Foreign Agents Registration Act was created in 1938 and required agents representing foreign powers to disclose their relationship with the foreign government within 10 days of their start date. Anyone found guilty of the charge faces a maximum of 10 years in a federal prison.

Making false and misleading FARA statements: An agent of a foreign principal registered under the above act must keep and preserve books of account and other records, and the disclosure is required under the act. Any person who violates the law or makes false statements regarding the topic faces a maximum fine of $10,000 and a maximum prison sentence of five years.

Therefore, the total maximum sentence for Manafort and Gates, if found guilty of all 12 counts, is 115 years in a federal prison.

They are set to make their initial court appearance in district court during the afternoon on October 30. 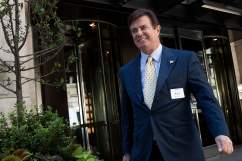 Loading more stories
wpDiscuz
0
0
Would love your thoughts, please comment.x
()
x
| Reply
Paul Manafort has been indicted by a federal grand jury on 12 charges. Find out how long he faces in jail if convicted.