MirMir entered the Shark Tank with their photo booths with software to make your skin look flawless. In moments, they provide printed photos as well as digital images, gifs and videos, which you can share on social media right on their screens.

We interviewed founders, Sean Spencer and Ryan Glenn, who have over 25 years of experience combined in photography. They noted that since their foray into the Tank, they’ve nearly doubled in size.

They’re headquartered in LA-which they said is a perfect fit for an events-based business- with additional offices in New York, Dallas, San Francisco, Toronto and Montreal.

Happy B day Kim. We ❤️ you #mirmir #mirmirphoto

Ryan: Sean and I both had our own high-end photo booth companies – I was based in Texas, Sean was based in LA. We met during a Super Bowl party in Dallas, and realized we could grow faster if we combined our companies. I decided to move to LA, and we’ve been growing ever since.
Sean: We both were trying to create the best photo booth possible, and actually shared some corporate clients. It didn’t take long to realize we would grow faster together than apart.

What Makes Their Photo Booths Different

Ryan: It’s not just our booth, but the entire experience. We pride ourselves on providing the most professional photographic experience for your events. Our on-site techs are all trained professionals, dressed in suits, who add to the environment of any event. Obviously the quality of our photographs gets a lot of attention. We developed beautification software that works to immediately makes your skin look flawless. Whether you want a GIF, Black & White, Color or build a custom set, we pride ourselves on taking images your guests will want to frame as cherished memories.

Nerves in the ‘Tank’ & Advice for Future Contestants

Sean: Everyone says “just be yourself” which is really easy to say until the cameras start rolling. Just remember that The Sharks are people too; be prepared, be confident….Hell yea. We’re both behind-the-scenes kind of guys, so it’s a little different being in front of the lights. But once it got going, it was just a normal conversation. There were a few times where you worry about how certain things you’re saying are going to come across, but you just have to state your case and hope they agree with you.

We’re opening in Las Vegas soon, and are always in contact with entrepreneurs who want to partner to grow MirMir in other markets. We have our sights on Europe and certain spots in The Middle East and Asia, but it’s really a matter of finding the perfect partner to help uphold our standards in those markets. We aren’t going to sacrifice quality in the name of growth. 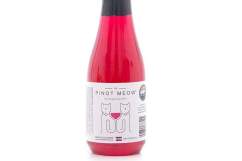 Apollo Peak, Pet Wine on ‘Shark Tank’: A Look Inside the Company

Hand Out Gloves on ‘Shark Tank’: A Look Into the Company