New York Attorney General Eric Schneiderman resigned shortly after the May bombshell report from The New Yorker on four women, two on the record, who accused the powerful and prominent politician of physical, sexual, verbal and emotional abuse.

Tanya Selvaratnam and Michelle Manning Barish both agreed to be named and go public with their accusations with journalists Rowan Farrow and Jane Mayer.

Manning Barish and Selvaratnam spoke to the magazine, two other women did not go on the record but recounted similar experiences. Neither Manning Barish nor Selvaratnam filed police reports but told The New Yorker they each had sought help and medical attention afterwards.

Schneiderman is out as of end of business, Tuesday May 8. But in the wings was Barbara D. Underwood who now serves as acting NY AG.

On Aug. 3, The Washington Post, reporting on Pres. Donald Trump’s little matter of whether or not he and or his businesses have violated the Emoluments Clause, specifically did Trump-owned businesses accept any monies or gifts from foreign governments, it was noted Underwood, though not undercover but under the radar for sure, has been “conducting a separate investigation asking if Trump had violated the emoluments clause at his businesses in New York.”

Here’s what you need to know about Barbara D. Underwood:

1. Schneiderman, Who Resigned Hours After the Story Broke, Denied the Allegations

“No one is above the law, including New York’s top legal officer,” Cuomo wrote in a statement. In addition to calling for New York District Attorney Cyrus D. Vance to investigate, Cuomo added his his personal take on the scandal: “…given the damning pattern of facts and corroboration laid out in the article, I do not believe it is possible for Eric Schneiderman to continue to serve as Attorney General, and for the good of the office, he should resign.”

Schneiderman, who has been a vocal champion of the #MeToo movement said in his resignation statement just a few hours after the story broke that, “It’s been my great honor and privilege to serve as Attorney General for the people of the State of New York. In the last several hours, serious allegations, which I strongly contest, have been made against me. While these allegations are unrelated to my professional conduct or the operations of the office, they will effectively prevent me from leading the office’s work at this critical time. I therefore resign my office, effective at the close of business on May 8, 2018.” 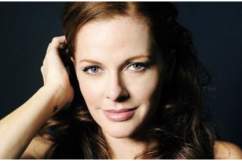 Underwood’s experience goes back to the 1970s. And while the buzz is she’d be a great replacement for Schneiderman, New York State law has something to say about that.

Under the law, when the office of the attorney general is vacated, and if the legislature is in session, “…the two houses thereof, by joint ballot, shall appoint a person to fill such actual or prospective vacancy.” The New York State General Assembly is in session until June 20 but there are only 19 actual days in which it is in session until summer recess.

Fordham law professor Jed Shugerman wrote that since there are limited days left in session, and “…the role of the New York AG is vital to New York law enforcement in normal times, but it’s urgent now. This investigation needs a reputable, trustworthy official with centralized control. Barbara Underwood presumably remains in the office until the legislature chooses a replacement, and she is an excellent fit for this role.”

“Short term, I think the office is in fine hands,” Cuomo says of Barbara Underwood, the solicitor general who takes over the AG’s office until a successor is named

“Short term, I think the office is in fine hands,” Cuomo says of Barbara Underwood, the solicitor general who takes over the AG’s office until a successor is named

And as legislators scramble and hopefuls may be making pitches, Underwood released a statement: 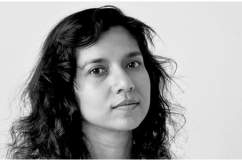 My old boss, Barbara Underwood, will be taking over in an acting capacity. She is one of the truly great lawyers and public servants I've known. No one should fear tomorrow.https://t.co/QoF4LVJjOJ

Underwood has argued 20 cases in the United States Supreme Court, as well as many cases in the state and federal courts of appeals. She has served as Chair of the Executive Committee and Chair of the Council on Criminal Justice of the New York City Bar Association.

She was Professor of Law at Yale Law School, Visiting Professor at New York University School of Law, and Adjunct Professor at Brooklyn Law School. She was a law clerk to Chief Judge David L. Bazelon of the U.S. Court of Appeals for the D.C. Circuit and to Justice Thurgood Marshall of the U.S. Supreme Court. She received a B.A. from Harvard University (Radcliffe College) and a J.D. from Georgetown University Law Center.

4. There Was Immediate & Wide Support For Underwood From Colleagues & Former Staffers. But Not All Were Fans

This morning, I’m grateful to work with the best colleagues in the business – including Barbara Underwood, who will be acting NY AG. She’s argued 20 cases before SCOTUS, clerked for Thurgood Marshall, & much more. The work continues.

“This morning, I’m grateful to work with the best colleagues in the business — including Barbara Underwood, who will be acting NY AG,” wrote AG press secretary Amy Spitalnick.

Barbara Underwood is a highly respected, uber-competent lawyer and a kind and generous person. In many ways the perfect replacement for Schneiderman. https://t.co/UFviiTDTBL

I am all about Barbara Underwood. Absurdly smart woman with more than sufficient credentials.

And even better, the solicitor AG filing in is a woman, Barbara Underwood.

Though the position as acting attorney general may be temporary, there’s a lot of support for her to remain in the post. But there was early criticism.

But there were also assurances from some that the work would go on without Schnedierman.

For those who are worried that the resignation of Eric Schneiderman will help Trump, his inner circle, and Michael Cohen escape potential indictments in NY State, calm down. Democrat, Barbara D. Underwood, a Schneiderman appointee, will continue the investigation.

Undergood, who at the time was an adjunct professor at Brooklyn Law and counsel to then-District Attorney Elizabeth Holtzman of Brooklyn, married Martin Halpern, a playwright, poet and professor of theater arts at Brandeis University. Halpern graduated from the University of Rochester, from which he also received a master’s degree in English, and he received a doctorate degree in English from Harvard University.

It was reported that Underwood was “intimidatingly smart” with a “potent sense of intellectual curiosity and pragmatism …” Underwood as the then “senior appellate lawyer of choice for state and Federal prosecutors in New York, having won rulings for them on constitutional issues in criminal law,” then was named at 53 the Principal Deputy Solicitor General of the United States and she argued SCOTUS cases including “civil rights issues, environmental crimes and disputes over prison reform, disability law and employment discrimination” and a sexual harassment case. The report noted that Underwood was “among the most influential thinkers about eradicating discrimination in jury selection, her writings cited by the Supreme Court.”

So she has the experience and the credentials. And then there’s this: Underwood is not male.

The new NY AG is a woman (thankfully):
“Underwood was a prosecutor for the Brooklyn, Queens and Manhattan district attorneys and worked as a Yale Law School professor.” https://t.co/aDMvDn0QgT

Loading more stories
wpDiscuz
0
0
Would love your thoughts, please comment.x
()
x
| Reply
NY AG Eric Schneiderman is out after a report about his alleged physical, sexual, and emotional abuse of four women. Barbara D. Underwood will serve as acting AG.