Mike McCormick, a South Carolina news anchor with WYFF News 4, and photojournalist Aaron Smeltzer are dead after a tree fell on their SUV while they were reporting on Subtropical Storm Alberto. A local fire chief, who had given the men an interview only 10 minutes before, called the accident a “freak of nature.”

Both men were remembered as talented, positive personalities. Their television station confirmed the news, writing on May 28, 2018, “WYFF News 4 anchor Mike McCormick and WYFF News 4 photojournalist Aaron Smeltzer died Monday when a tree fell on their SUV.” According to NPR, the two men were “out covering Subtropical Storm Alberto.”

Their station revealed that “the accident happened on Highway 176 in Polk County while they were covering the rain impact in that area.”

1. The Engine Was Running & the Transmission in Drive When Rescuers Reached the Two Men

Tryon Fire Chief Geoffrey Tennant described the accident in detail, saying that the tree collapsed on the men’s vehicle as it was still moving. According to WSPA-TV, the “two WYFF employees were hit by a tree while driving southbound.” The television station reported that they “were in Polk County covering the dangerous weather conditions there.”

WSPA-TV reported that the two men were “traveling south on Highway 176 when a tree fell and hit the vehicle.” Tennant said in a news conference: “What has happened is that some time around 2:30 this afternoon, we were dispatched for a tree down on a motor vehicle with people trapped.”

Rescue vehicles rushed to the scene, but it was too late to save either man.

“The ground of course is saturated,” Tennant said. “It has been for a significant period of time. It was a large tree. It sat back off the road a good ways… it was probably three foot in diameter. The vehicle was apparently in motion. When we got to the vehicle, the engine was running, and the transmission was in drive.”

He added: “It was just a matter that the tree roots system had failed, and the tree came down. There was no evidence at the scene that it was a slide. The ground up there is unstable.” The rescue worker said he “had never seen an event like this one.” Tennant added that he had done an interview with McCormick about 10 minutes before and they had each expressed that they hoped the other would “stay safe.”

“It personally affected me a little bit because I had done an interview with Mr. McCormick about 10 minutes before we got the call. And we had talked a little bit about how he wanted us to stay safe and I wanted him to stay safe and of course 10 or 15 minutes later we got the call and it was him and his photographer,” Tennant said in the news conference. “It’s the first time I ever met either one of those two gentleman, but you feel a sense of responsibility to them.” 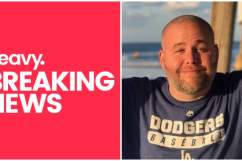 Aaron Smeltzer: A Tribute to the WYFF Photojournalist

2. McCormick Recently Shared a Tweet on Flooding & Was a Reporter/Anchor for the Station

Yum! Students at Reidville Elementary. in @SpartanburgD5 are getting chocolate cookies at lunch to symbolize the eclipse! pic.twitter.com/FjRxh5oPrM

On Twitter, Mike McCormick wrote that he was a “Reporter/Anchor for WYFF News4. I cover Spartanburg, Union, and Cherokee Counties.” His most recent post was a retweet from a WYFF meteorologist, who wrote, “FLOOD THREAT: **HIGH** Rain is moving in right now from Alberto and conditions wil lead to a high flood threat through Tuesday. There is also a risk for brief isolated tornadoes Monday afternoon through Tuesday.”

According to its website, “7 News is the CBS affiliate in the Greenville-Spartanburg-Asheville-Anderson market, which serves over 800,000 households in the Nations 36th largest television market.” McCormick’s last Facebook post was a video of Alberto’s aftermath.

He wrote, just hours before his death, “Boat pulling people on tubes on Lake Lure. ? Alberto not keeping people from having fun so far..” Another recent post, now tragic in retrospect, said, “We’ve got you covered when it comes to Subtropical storm Alberto.” Some of his segments focused on men’s health.

McCormick had been a reporter at WYFF since 2007 and became an anchor in 2014 on Sundays. He was previously a reporter and anchor in Arkansas for KHBS/KHOG.

3. McCormick Graduated From the University of Miami & Had Rescue Dogs

Your Sunday evening team in our Easter pastels! We didn't even plan this… ?? pic.twitter.com/aIAnNrK00O

The station reported in its story announcing McCormick’s death that he was a lover of fresh food and rescue dogs.

So saddened to hear of the passing of @MikeMcCWYFF He was a great friend of @JesseBoydSchool and Education through the years. My prayers with the @wyffnews ,Mike's family, and the family of photojournalist Aaron Smeltzer. #GoneTooSoon pic.twitter.com/b6W2pXDrne

“Mike graduated from the University of Miami with a degree in broadcast journalism and theatre arts. He had two dogs, both adopted from the Spartanburg Humane Society. When Mike was not reporting or anchoring the news, you would find him in the kitchen. He loved using local, fresh ingredients from the Hub City Farmers’ Market,” the station reported.

4. Smeltzer Was a Photojournalist for More Than a Decade in the South Carolina Area

WYFF News 4 anchor Mike McCormick and WYFF News 4 photojournalist Aaron Smeltzer died Monday when a tree fell on their SUV. https://t.co/VZZKA6K6qq All of us at WYFF News 4 are grieving. We are a family. pic.twitter.com/IQmZ6prUIH

Aaron Smeltzer was a Virginia native who was a veteran photojournalist. WYFF-TV reported that “Aaron shot news for more than a decade in our region. He is originally from Tazewell, Virginia, and graduated from Radford University with a degree in broadcast video communications. He was an avid baseball fan.”

5. Colleagues Paid Tribute to the Men, Recalling Their Talent & Kindness

This morning @Allyd83WYFF4 leans over to me says, “Do I smell like maple syrup?” ? She was smelling my gingerbread-flavored ☕️! ??? pic.twitter.com/ZSUEXwLetw

Co-worker Allyson Powell wrote on Twitter, “I have no words. You will not meet a kinder, more professional, joyous and giving person than @MikeMcCWYFF I am better for knowing him.”

Amy Wood, of 7 News, paid tribute, writing on Twitter, “They were sweet friends. They were talented colleagues. Now they are gone… far too soon. Praying for all who loved Aaron Smeltzer and Mike McCormick ???? WYFF news crew dies after tree falls on vehicle in Polk Co.”

Ashley Minelli, an anchor and reporter for Fox Carolina News, wrote on Twitter, “Still in shock over this news. I never had the pleasure of meeting Aaron Smeltzer but I worked alongside Mike McCormick in the field many times.”

Our thoughts and prayers are with the family and friends of WYFF’s Mike McCormick and Aaron Smeltzer. Mike was a regular visitor to Spartanburg Two and always brought lots of excitement and smiles to our schools when he came out to do a story. https://t.co/CstssO51AR pic.twitter.com/JD5vRE94QO

Those who were covered by the two men also paid tribute. A Spartansville School District Twitter page posted a message that read, “Our thoughts and prayers are with the family and friends of WYFF’s Mike McCormick and Aaron Smeltzer. Mike was a regular visitor to Spartanburg Two and always brought lots of excitement and smiles to our schools when he came out to do a story.”