Henry Nicholas III, the co-founder of Broadcom, was arrested in Las Vegas on drug charges.

Henry Nicholas III was arrested in Las Vegas after police found drugs in his hotel room. The billionaire’s arrest on August 7 was first reported by TMZ. Officer Larry Hadfield of the Las Vegas Metropolitan Police Department confirmed the arrest to the Los Angeles Times.

Nicholas reportedly was locked out of his room at the Encore. Security helped him get the door open and when they did, discovered his girlfriend Ashley Fargo unconscious with a semi-deflated balloon in her mouth. First responders revived Fargo.

Upon closer examination, Las Vegas police officers also discovered two cases full of drugs. Officials say one contained marijuana and the other appeared to be full of other narcotics. TMZ also reports that “some of the pills were stamped with Winnie the Pooh.” Nicholas and Fargo were arrested on suspicion of trafficking heroin, cocaine, MDMA and methamphetamines. They have since been been released.

Nicholas is no stranger to accusations of drug abuse or to legal troubles.

1. Henry Nicholas Was Sued in 2002 By a Contractor Who Built Underground Tunnels at the Billionaire’s Laguna Hills Home

Henry Nicholas reportedly spent $30 million to build a massive complex underneath his mansion in Laguna Hills. But he was accused of failing to adequately pay the construction team that built it. The court complaint, cited by the Los Angeles Times and filed in Orange County Superior Court, stated that hundreds of construction employees were pressured into working 18-hour days on the project and were not adequately paid.

Listed on the lawsuit were lead contractor Roman James and six other workers. They accused Nicholas of manipulating and intimidating workers to entice them to get the project done faster. The lawsuit claimed that Nicholas required total secrecy about what they were working on and pledges of loyalty. Nicholas is also accused of using death threats, including against James, to add pressure.

Henry Nicholas never had to face the contractors in court. The lawyers reached a confidential settlement and both parties agreed to it. The terms were not made public.

2. Henry Nicholas III Was Sued in 2006 By a Former Assistant Who Accused Nicholas of Drug Use

Henry Nicholas III faced a lawsuit from his former assistant Kenji Kato in 2006 for breach of contract. Kato reportedly worked for Nicholas from 1999 until 2006. He claimed the billionaire owed him about $150,000 in unpaid wages.

In the lawsuit, Kato also accused Nicholas of invoking him in various illegal activities. He claims he was forced to pay prostitutes hired by Nicholas, and oversee drug deliveries. He was also involved in keeping all of these activities a secret.

Silverstein also accused Kato of repeating allegations from the 2002 lawsuit with contractor Roman James, in his attempt to get more money. Kato’s lawyer fought back, claiming Kato was unfamiliar with the exact details of the 2002 case and only knew about it because Nicholas had mentioned it.

3. Henry Nicholas III Was Charged in 2008 With More than Two Dozen Counts of Securities Fraud and Drug Distribution

Henry Nicholas III was arrested in June of 2009 and spent time behind bars in Santa Ana. He was accused of backdating stock options and charged with 25 felony counts. The charges included securities fraud and illegal drug distribution. Bail was set at more than $3 million and proseutors ordered Nicholas’ home to be randomly searched for weapons and drugs. Nicholas pleaded not guilty to all of the charges.

The case dragged on for nearly two years. In December 2009, however, Nicholas caught a break. U.S. District Judge Cormac Carney dismissed the fraud charges. As reported by the San Diego Tribune, the judge cited lack of evidence and accused the prosecution of misconduct in the case. Carney said prosecutors had leaked information about grand jury proceedings to the media and had allegedly tried to influence witnesses.

The court documents stated that Nicholas had supplied cocaine, meth and ecstasy to his business clients. He was also accused of keeping a warehouse full of illegal drugs. These charges were also dismissed in early 2010.

4. Henry Nicholas III’s Ex-Wife Stacey Accused Him of Threatening to “Whack” Her

Henry Nicholas married his former wife Stacey in 1987. They separated in 2002 but were not officially divorced until 2008. They have three children together.

According to a 2008 article in the Orange County Register, Stacey claimed that Nicholas has threatened to kill her after she filed for divorce. The lawsuit alleges that Nicholas told Stacey that he would have her “whacked.” Nicholas denied that allegation.

Stacey also accused her husband of hiring private investigators to follow her around. She says Nicholas had these investigators stalk her during a trip to Europe. The article also cited court documents in which Stacey claimed that she was followed by men wearing gorilla masks when she was at a coffee shop with a friend.

5. Henry Nicholas Earned His Fortune as the Co-Founder of Broadcom

Henry Nicholas III grew up in Cincinnati, Ohio. He moved to the west coast to attend college at the University of California in Los Angeles. He also earned a master’s degree and Ph.D. in electrical engineering from UCLA.

In 1991, he founded Broadcom along with business partner Dr. Henry Samueli. The company develops and supplies semiconductor technologies. The chips it manufactures are used in smartphones, digital cable boxes, data centers, and gaming consoles.

Nicholas became an overnight billionaire when the company went public in 1998. But according to Forbes, Nicholas began having personal problems a few years later when the dot-com bubble burst. He reportedly lost $8 billion and began working and partying too much.

Nicholas stepped down as head of the company in 2003, stating that he wanted to spend more time with his family. He maintained a 3 percent stake in the company.

Despite all of his controversies, Nicholas still maintains his billionaire status. According to Forbes, his current net worth is estimated to be $3.1 billion.

Most recently, Henry Nicholas has spearheaded the push to strengthen the rights of criminal victims nationwide. Marsy’s Law is named after his sister, who was murdered in 1983. 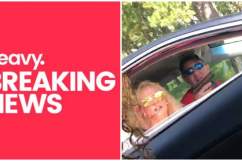