Indra Nooyi is stepping down as the CEO of PepsiCo. According to CNN,
Nooyi’s tenure as CEO helped turn the company into one of the most successful food and beverage companies in the world. During her twelve years, she helped PepsiCo grow 80% and spearheaded its transition towards being more environmentally aware.

“Growing up in India, I never imagined I’d have the opportunity to lead such an extraordinary company,” Nooyi said in her official statement. “PepsiCo today is in a strong position for continued growth with its brightest days still ahead.” Nooyi is married to businessman Raj K. Nooyi, and the couple have two daughters.

Here’s what you need to know about Raj K. Nooyi:

1. He Earned an Engineering Degree from The University of Texas

After attending college, Raj worked at Eaton Corporation from 1978 to 1983, where he headed up manufacturing operations, and was manager at the Hewlett-Packard Company from 1983 to 1990. His career then took him to Pittiglio Rabin Todd & McGrath, a management firm, where he stayed on as director from 1991 to 2001. He also served as the director of Innovex Inc. from 2002 to July 27, 2006.

2. He Is the President of AmSoft Systems

Raj has been the President of AmSoft Systems since 2002.  According to Bloomberg, AmSoft Systems is a company that “provides custom solutions and services in the areas of e-business, new media, and WAP solutions.” It also provides services that include “software development, architecture design, and re-engineering.” It was founded in 1990 and is based in New Delhi, India.

When discussing her marriage to Raj, Indra told Business Insider that the key was making sure that both of their careers were given equal importance. “We all have to develop adaptation strategies, because if we don’t, we’re going to start feeling resentful or angry with whatever’s happening around us,” she said. “From my perspective, my mom says, ‘Leave the crown in the garage?’ Fine, I left it in the garage.'”

3. He & Indra Make a Point of Maintaining Equality In Their Marriage

According to Celebrity Facts, Indra was worried that her career path would not permit her to have a normal married life. After her parents let her move to New Haven, Connecticut in 1978, Indra told Financial Times: “It was unheard of for a good, conservative, south Indian Brahmin girl to do this. It would make her an absolutely unmarriageable commodity after that.”

Fortunately, Indra met Raj shortly after arriving in the United States, and two were married in 1980. When asked what the key was to maintaining a long-term marriage, Indra told Business Insider that balance is key. “[My mother] believes that these jobs give you crowns, and leave those crowns in the garage when you come home,” she said. “Don’t try to pretend that you’re still the big boss, because you’re not.”

“Would I have liked to have brought [the crown] in?,” she continued. “No, not at the expense of my marriage and my children… I’m married to a great guy, but it required constant, sort of, adjustments to make sure that we both were equal versus each other, and to our children we both were parents.”

4. They Have 2 Daughters, Tara & Preetha Nooyi

Raj and Indra have two children together: Tara and Preetha. The former attended New York University from 2011 to 2015, where she earned a Bachelor’s Degree in Political Science. According to her LinkedIn profile, Tara was an intern with the New York Yankees baseball team and is currently a strategist at the marketing and advertising company Omnicrom.

Preetha followed in her mother’s footsteps and earned an MBA from the prestigious Yale School of Management. When asked how she juggled her career with raising children, Indra credited Raj as the main reason. “I like to say I did a lot of things right. The thing I really did right was I married the right guy! I have to tell you, the man is a gem.”

Indra finds it important to maintain a strong relationship with her own parents. “Every night at the dinner table, my mother would ask us (her elder sister Chandrika Krishnamurthy Tandon) to write a speech about what we would do if we were president, chief minister or prime minister – every day would be a different world leader she’d ask us to play,” she said. Indra added that she still calls her mother between 2-3 times a day despite her busy schedule.

5. Indra Says That He Is a Crucial Part of Her Success

According to Marathi TV, Raj jokes that his wife puts the Pepsi company and their children above him in terms of importance. He playfully tells her that the list goes: “PepsiCo, PepsiCo, PepsiCo, children, her mother, and him at the bottom of the list.”

Despite this, Indra insists that Raj is a crucial part of her success. She credits him as her best friend and sounding board, and says that she could not have raised their children without his help. “He’s patient, puts up with my long absences, and he’s willing to step in and pitch in for me when needed,” she told Poets & Quants.

“He keeps me grounded. I don’t know how he does it,” she continued. “He has his own career, travels, and does his own thing, but we coordinate our schedules and somehow we make it happen. If I had to find one thing that has allowed me to do this, it would be my husband. I would give him all the credit.” 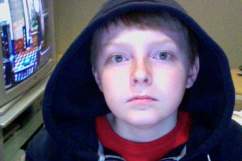 Read More
Pepsi
Follow Heavy ↓
Indra Nooyi is stepping down as the CEO of PepsiCo. Learn about her husband Raj here.