James Roche was Brett Kavanaugh’s roommate when both were students at Yale University in the early 1980s. Roche also was a good friend of Deborah Ramirez, another Yale student who has recently come forward and accused Kavanaugh of inappropriate sexual behavior. In an interview with CNN’s Anderson Cooper on October 3, Roche said that he believed Ramirez’s story. He criticized Kavanaugh for not admitting that he was a heavy drinker in college. And Roche also said that the FBI had not contacted him for questioning during their investigation into the allegations against Brett Kavanaugh.

James Roche told the New Yorker that he has no trouble at all believing that Ramirez is telling the truth. He has not yet responded to a request for comment from Heavy.
Here’s what you need to know:

Just spoke with #JamesRoche who was Yale roommate of Brett #Kavanaugh . He confirms that the #SCOTUS nominee was frequently drunk, and incoherently. Says he supports integrity of Debbie Ramirez, the 2nd accuser. #abc7now #KavanaughConfirmation Respects her courage. pic.twitter.com/rrBboHAyj2

Roche was Kavanaugh’s roommate when they were both in their freshman year at Yale. Roche told the New Yorker that he never saw Kavanaugh do anything sexually inappropriate — but he also said that Kavanaugh was “frequently, incoherently drunk.” In a statement issued on Monday, Roche said that he often saw Kavanaugh getting back home late, and drunk. Roche said that Kavanaugh, normally a bit reserved, became “belligerent” when drunk. He added that “even by the standard of the time,” Kavanaugh was a heavy drinker.

He said that Debbie Ramirez was a close friend of his, and he described her as a “vulnerable outsider” who would be easy prey for some of the more predatory students at Yale. He said, “Is it believable that she was alone with a wolfy group of guys who thought it was funny to sexually torment a girl like Debbie? Yeah, definitely. Is it believable that Kavanaugh was one of them? Yes.”

However, Roche apparently also didn’t know about the alleged incident until recently, when the New Yorker contacted him for its article about Ramirez.

2. Roche Said He Doesn’t Believe Ramirez Would Make This Up

Roche had no prior knowledge of what happened between Ramirez and Kavanaugh. But he said he absolutely trusts Ramirez and doesn’t think it’s possible that she would invent something like this.

“Debbie and I became close friends shortly after we both arrived at Yale,” he told the New Yorker. “She stood out as being exceptionally honest and gentle. I cannot imagine her making this up.”

Ramirez has admitted that she was drunk on the night of the party. She says that she and the others were playing a drinking game in which each player would pick who had to drink next. She says that the others picked her often and, as a result, she got very drunk, very quickly. 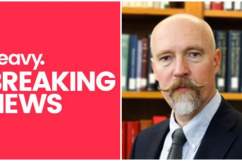 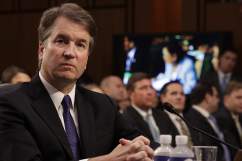 How Senators Read the FBI Report on Kavanaugh: 5 Fast Facts You Need to Know

3. Roche is the CEO of a Software Company in San Francisco

Roche graduated from Yale in 1988 with a BA in architecture. He was a freshman in 1983, like Kavanaugh, and the two were roommates in their freshman year.

Now, Roche is the CEO of a software company called Helix Re. Helix was formerly known as Flux Data. The company provides “advanced technology solutions” for real estate owners, operators and tenants. Helix prides itself on working with only a small group of top-tier private companies.

Shortly after graduating from Yale, Roche went to work in marketing for Evans and Sutherland, a Salt Lake City company that develops graphics for digital planetariums. He went on to work for a computer graphics company in Mountain View called SGI (SGI has since shut down). From there, Roche went to work for a software developing firm called Offermatica, based in San Francisco. He has been based in San Franciso ever since, working for Flux Data and then Helix Re.

4. Roche Said Despite Living Together, He & Kavanaugh Didn’t Socialize Much After Freshman Year

The following is a statement from James Roche, Brett #Kavanaugh’s freshman roommate at Yale. pic.twitter.com/VfHUgPj3cV

James Roche told KGO-TV he was Kavanaugh’s roommate in 1983, during their freshman year at Yale.

“We shared a two-bedroom unit in the basement of Lawrence Hall on the Old Campus. Despite our living conditions, Brett and I did not socialize beyond the first few days of freshman year. We talked at night as freshman roommates do and I would see him as he returned from nights out with his friends,” Roche said in a statement.

Roche said he does not have a political agenda.

“I do not consider myself to be a political person and I have no political agenda. I have shared this information with a small number of reporters who reached out to me directly because Debbie has a right to be heard and I believe her,” he told KGO.

James Roche, Yale roomie of Brett #Kavanaugh says no more details. "…This is all that I am comfortable sharing. If I could contribute more first-hand information, I would, but I will not be granting any more interviews or answering any more questions at this time.#abc7now pic.twitter.com/UUpfARW4U6

Roche told KGO-TV he would not be giving other interviews or revealing more information about Brett Kavanaugh or Debbie Ramirez.

“This is all that I am comfortable sharing. If I could contribute more first-hand information, I would, but I will not be granting any more interviews or answering any more questions at this time,” he said.

“This is not my story,” he told the news station, but he said he wanted to speak up to support Ramirez.

Loading more stories
wpDiscuz
0
0
Would love your thoughts, please comment.x
()
x
| Reply
James Roche was Brett Kavanaugh's roommate at Yale. He was also was a friend of Debbie Ramirez, who accused Kavanaugh of inappropriate sexual behavior.