Cristina Ramos is taking the world by storm with her beautiful voice. She blew everyone away on Spain’s Got Talent, and now, she’s here to show us that she can compete alongside the best in the world.

What do you need to know about Cristina Ramos? 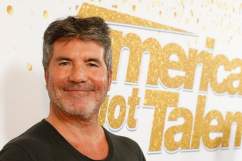 ‘AGT The Champions 2019’ Spoilers: Who Made It Through Tonight?

1. She Won Spain’s Got Talent

In 2016, Cristina became the winner of Spain’s Got Talent. The runner up was pianist Alberto De Paz. In third place was singer Maria Mendoza.

How did she feel winning the contest? In a translated interview with Macheete, Ramos explained, “For me, it was a complete surprise that changed my life completely. I got up one morning and found myself in all the newspapers and social media.”

2. She Has a Single Called ‘We Can Not Know’

Since winning Spain’s Got Talent, Cristina has released a single called “We Can Not Know”.

Asked what moved her to combine opera with rock music, she says, “When I studied at the conservatory, my professors always said that I should choose between the lyrical vocals and the modern vocals. But I used both vocal styles because I could never decide for one. I love the music and both styles have helped me find and perfect my vocals.”

Since performing on Spain’s Got Talent, Ramos has performed all around the world, at events like DSHS Limburg, the World Ocean Forum in Busan, South Korea or the Nordic Bussines Forum in Helsinki. She’s also performed for brands like Cartier, Porsche, Cepsa, Fiat, Mercedes Wella or in cities like St. Petersburg, Munich, Paris, Seoul, Riga, Helsinki and Tallinn.

3. She Attended Canto Conservatory of Music of Las Palmas

Ramos studied music at the Canto Conservatory of Music of Las Palmas. She has studied alongside professionals like Isabel Rey, Suso Mariategui, Paul Farrington, Cristina Gallardo, Mirella Freni, Carlos Mena, and Isabel Alvarez, among others.

Under the tutelage of Luis Garcia, Ramos also worked with the Choice of the Philharmonic of Gren Canaria.

4. She Received the Golden Buzzer on ‘Spain’s Got Talent’

In 2016, Ramos received the Golden Buzzer for her flawless and unexpected performance of AC/DC’s Highway To Hell. She began the performance singing opera before ripping off her formal gown to reveal ripped pants and a corset underneath.

Coincidentally, the performance came around the same time that AC/DC was looking for a singer to replace Brian Johnson, who was at risk of losing his hearing. Fans urged AC/DC to consider Ramos for the position.

Within one week, Ramos’ performance racked up over 100 million views on Youtube.

This season, she is up against fellow stars like Susan Boyle, Justice Crew, Preacher Lawson, The Clairvoyants, and Sara and Hero.

The spinoff, America’s Got Talent: The Champions premiered on January 7, 2019. It has been described as the “Olympics of Talent”. During week 1, Susan Boyle received Mel B’s golden buzzer.

In a recent interview with This Is Insider, Boyle shared, “Simon is the biggest inspiration in my career. He’s been my boss for almost 10 years, and I strive to make him proud. He inspires me to continue and strive for perfection.”

Loading more stories
wpDiscuz
0
0
Would love your thoughts, please comment.x
()
x
| Reply
Singer Cristina Ramos has taken the world by storm on 'America's Got Talent'. Here's what you need to know about the AGT star.