Julie Edwards, 53, is accused of threatening a sheriff’s deputy and telling him that “My KKK friends will burn your family,” according to audio from the body camera.

Edwards was initially arrested on suspicion of driving under the influence of alcohol. Additional charges were added based on the threats officials said she made against the deputy. Edwards was booked into the Volusia County Jail on February 8 and was released on bond the next day. An arraignment was scheduled for March 6.

1. Julie Edwards Refused a Sobriety Arrest & Was Placed Under Arrest

Deputy Brandon King of the Volusia County Sheriff’s Office responded to a call in the city of Deland shortly before midnight on February 7, 2019. The call concerned some sort of disturbance.

Deputy King saw Julie Edwards behind the wheel of a black Lexus. The headlights were on and she was attempting to reverse into the property, as explained in the charging affidavit embedded above. Deputy King wrote that he smelled alcohol on Edwards’ breath and that she was slurring her words.

He asked Edwards to get out of the car. He wrote that she kept trying to walk away from him and that she was “uneasy on her feet.” Deputy King asked Edwards to perform field sobriety exercises, but she refused. At this point, he placed Edwards under arrest on suspicion of driving under the influence. She also refused to submit a breath sample. 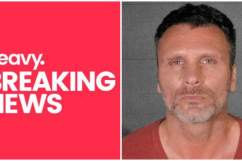 Florida Woman Julie Edwards Allegedly Tells Black Cop That KKK Will ‘Be Seeing Him to Burn Crosses’ On His Property https://t.co/VP1JAYts8K pic.twitter.com/wvPQLNPKyA

Deputy King wrote in the arrest report that Julie Edwards was not cooperating during the questioning. After she had been handcuffed, she tried to walk away. Deputy King grabbed her arm to stop her from walking away, she then “dropped herself to the ground and refused to stand back up.”

Another deputy stepped in to help lift Edwards back onto her feet. They escorted her over to Deputy King’s cruiser, but she initially refused to sit down.

Deputy King wrote that Edwards was being charged with driving under the influence of alcohol, prior refusal to submit for testing, and resisting an officer without violence. The charges are all misdemeanors.

3. Arrest Report: Julie Edwards Told Deputy King, Who is African-American, That the KKK Would Be Visiting Him & Referred to Him as ‘Boy’

Julie Edwards kept talking as Deputy King filled out the arrest paperwork. You can hear Edwards in the body cam video embedded above; she tells the deputy she’ll sue him and refers to him as “boy.” She is then heard saying that she’ll find someday “in a corner. Or someone else will.”

The deputy asks her, “Are you making a threat to a law enforcement officer?” Edwards responds, “No, I didn’t say that… I didn’t say I’d find you, I said somebody else will. I won’t find you. But KKK people will.”

She continued, “Ain’t a damn thing wrong with a burning cross in your yard, is there. You (expletive) with the wrong white people. You f*cked up. Hope you don’t have no kids. You know what’s gonna happen to you now? You don’t want to know. You’re done. You don’t f*ck with little white girls. Your eyes will be poked out, you know. You sat here and laughed at me!”

Deputy King responded, “I wasn’t laughing at all.” As he began driving the cruiser, Edwards keeps talking in the backseat. She then says, “KKK has got your ass, boy! Burn your ass. (Inaudible) Send all you (expletive) back. Burn the rest of you.” The video then jumps ahead about :30 and Edwards is heard yelling, “You’re gonna look like a dumbass!” A few seconds later, “My KKK friends will burn your family… You should never be here in the first place. Remember being whipped on a whipping post?” As this goes on, Deputy King can be heard singing as he drives.

Deputy King is of African-American descent. He added a charge of “threats against a law enforcement officer.” The affidavit states that Deputy King did not previously know Edwards or her capabilities and therefore “takes the threat to be serious.” It is a first-degree misdemeanor offense.

Edwards was booked into the Volusia County Jail. Bond was set at $2,500. According to inmate records, she was moved to Indian Lake Jail and bonded out on February 9.

4. Julie Edwards Has Several Prior Arrests in Volusia County, According to Court Records

Julie Edwards is known to law enforcement in Volusia County, Florida. According to records with the Volusia County Clerk of Circuit Court, she has several prior arrests and charges.

In July of 2011, Edwards was charged with misdemeanor domestic battery. She spent nearly three weeks in jail before she was released. In June of 2011, she refused to take a sobriety test after she was accused of driving under the influence. She was convicted on reckless driving and spent 25 days behind bars.

Edwards was charged with felony battery against a law enforcement officer in October of 2009. According to court records, she served more than 300 days in jail in connection to this incident. She was ultimately sentenced to probation and the judge ordered her to undergo a mental health evaluation and write a letter of apology to the officer. Edwards was also charged with aggravated battery with a deadly weapon that year.

Edwards was cited for indecent exposure in Daytona in March of 2009. She paid a fine and was not arrested. In 2008, she was arrested for aggravated battery, spent seven days in jail and was ordered not to have any contact with the victim. The Volusia County Court records include additional cases of violence and drug charges.

5. Julie Edwards Describes Herself as Self-Employed on Her Facebook Page

Julie Edwards lives in Crescent City, Florida, according to her Facebook page. She lists Deland as her hometown. She describes herself as self-employed but wrote in the “intro” section that she is “Retired,,, Back to fullifilling my education. Taking day by day with enjoyment.”

Edwards wrote in her work history that she served as a subscription manager at Skydiving Magazine from 1989 through 2000.

She appears to love dogs and parrots. For her birthday in October of 2018, she asked for donations for Florida Parrot Rescue Inc. Edwards wrote, “Every penny means everything to me and these beautiful creatures.”

READ NEXT: What is a Bollard-Style Border Wall or Fence?

Loading more stories
wpDiscuz
0
0
Would love your thoughts, please comment.x
()
x
| Reply
Julie Edwards was accused of threatening a deputy in Volusia County, Florida, during an arrest. Officials say she told him that the KKK would be visiting him.