Ritu Ahuja, 40, has been married to Democratic congressman Ro Khanna, 42, since 2015. He represents California’s 17th district and is on the House Oversight and Reform Committee. Rep. Khanna has also joined Senator Bernie Sanders’ campaign as national co-chair.

It’s such an honor to be named a national co-chair for @BernieSanders alongside @NinaTurner and @CarmenYulinCruz.

Together we are going to build a movement to take on special interests and fight for a 21st century America where no one is left behind. pic.twitter.com/oujajQbMLb

Ahuja and Khanna live in Fremont, California and have two children.

She is also the heiress to a family fortune.

Ritu Ahuja and Ro Khanna had a long-distance relationship that ended a couple of times over the years. She explained to the East Bay Citizen that they had their first date in 2007. Khanna was in New York City, where Ahuja lived at the time, visiting his brother.

Ahuja said she and Khanna broke up at least twice. But they stayed in touch during the off-times, mainly over email. She said she suspected Khanna sent her updates about his political career in order to stay on her radar.

Khanna proposed to Ahuja in the fall of 2014, after he lost the congressional election. (He went on to win the 17th district seat in 2016).

2. Ahuja Married Khanna in 2015 at the Hall Where the Cleveland Orchestra Plays

Ritu Ahuja and Ro Khanna got married in her home state of Ohio on August 29, 2015.

The ceremony took place at Severance Hall, which is where the Cleveland Orchestra plays. They reportedly had a traditional Indian ceremony.

The Sacramento Bee reported that one of Khanna’s campaign aides suggested inviting Hillary Clinton to the nuptials. They sent an email to her campaign chairman John Podesta, but he reportedly did not respond to the email.

3. Ritu Ahuja Has a Master’s Degree from Columbia & Previously Worked For the Italian Jewelry Company Bulgari in New York City

Ritu Ahuja was born on February 9, 1979, in northern Ohio. According to her Linkedin profile, she attended Hathaway Brown, an all-girls private school in the Cleveland suburb of Shaker Heights.

Ahuja moved to Washington, D.C. for her undergraduate degree. She studied accounting and finance at Georgetown University’s Mcdonough School of Business and graduated in 2001. In 2004, Ahuja earned a master’s degree in strategic communications from Columbia University.

Ahuja’s resume included working as a Marketing Director Macy’s after finishing grad school. After nearly four years with the retailer, she became the Director of Strategic Development for Stern Advertising. Her next move was to the company Audemars Piguet, which makes luxury watches. She worked as a Makrketing Manager there.

The final job listed on her Linkedin profile was as a Product Marketing Specialist at the Italian jewelry company Bulgari.

4. Ritu Ahuja is the Heiress to a Massive Fortune; Her Net Worth is Estimated to Be At Least $27 Million

Ritu Ahuja is the reason her husband is listed as one of the wealthiest members of Congress. Roll Call’s Wealth of Congress Index puts his estimated net worth at about $27 million, but it could be much higher. Lawmakers are only required to give broad estimates as to the specific value of assets, and their net worth is based on the minimum estimated worth of each asset.

Ahuja is the daughter of Usha Ahuja and Monte Ahuja. Her father, Monte, is the chairman of the investment firm Mura Holdings. He also founded the auto parts supplier company Transtar in 1975. He officially retired in 2010, but went on to became the Chairman of the Board of Transmaxx. When Monte returned to Transtar as the CEO in 2017, Transtar acquired Transmaxx. In 2011, Monte made headlines when he donated $10 million to his alma mater, Cleveland State University. The school’s College of Business is named after him.

Rep. Khanna’s financial disclosure form to Congress, embedded above, is 149 pages long. It lists trust funds, stocks, mutual funds, and commercial properties. It also clarifies that approximately 95 percernt of the couple’s assets belong to Ahuja. Lawmakers are required to list their spouse’s assets.

But Ahuja’s wealth reportedly did not give Khanna a leg up in his congressional race. According to the Center for Responsive Politics and Roll Call, Rep. Khanna’s campaign was funded by contributors, not his wife’s family. And they keep their finances separate. Fortune reported in 2018 that Rep. Khanna still had about $50,000 in student loan debt.

Hearing President Trump tonight will in turn allow us to respond with our vision for the nation. In solidarity with the historic suffragette movement, I’m wearing a white ribbon to honor the extraordinary number of women serving in this Congress #sotu

Ritu Ahuja and Ro Khanna are the proud parents of two children. They welcomed a baby boy in July of 2017, named Soren. In late 2018, they added a daughter to the family named Zara.

They are raising their children in Fremont, California, in Silicon Valley.

Rep. Khanna has kept his family largely out of the spotlight. Ritu Ahuja is pictures on his campaign website, but he does not post about her or his children on his official social media pages. 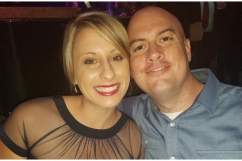