Getty/Instagram Adam Rapoport is under fire for a photo showing him wearing "brownface" at a party.

Adam Rapoport is the editor in chief of Bon Appetit magazine. He’s recently come under fire after he was accused of wearing a racist costume. His wife, Simone Shubuck, shared a photo of the “brownface” costume on her Instagram page in 2013. Many employees of the popular food magazine have since spoken publicly about the incident and about alleged incidents of racism they’ve experienced at the magazine.

The post was published on October 31, 2013. Beyond the racism inherent in the costumes and Shubuck’s caption (she calls Rapoport “papi”), many have noted a familiar face in the comments section for the post. Jane Larkworthy, an editor for The Cut, commented on the photo in 2013, “This was so dead on, I was so afraid of you two that night!!!!”

Screenshots of this caption have spread. In response, Larkworthy replied to a tweet, “My comment on this post, with its implication that I’m afraid of people of color — in particular, Puerto Rican people — is shameful. What’s even more shameful is that I didn’t approach the people in the photograph at the time and tell them why this was racist.”

Larkworthy added in a subsequent tweet, “This is a function of my ignorance and privilege. I understand that I have work to do. I humbly apologize for my unacceptable behavior and vow to do better.”

In an Instagram post on Monday evening, Rappoport offered up his resignation, saying he would focus next on the “work” he had to do “as a human being.” In a multi-slide apology, he concluded, “I am deeply sorry for my failings and to the position in which I put the editors at BA.”

Rapoport has been the editor in chief of Bon Appetit since 2010. Prior to that, he worked as an editor at GQ magazine for a decade, according to this New York Times profile of him. 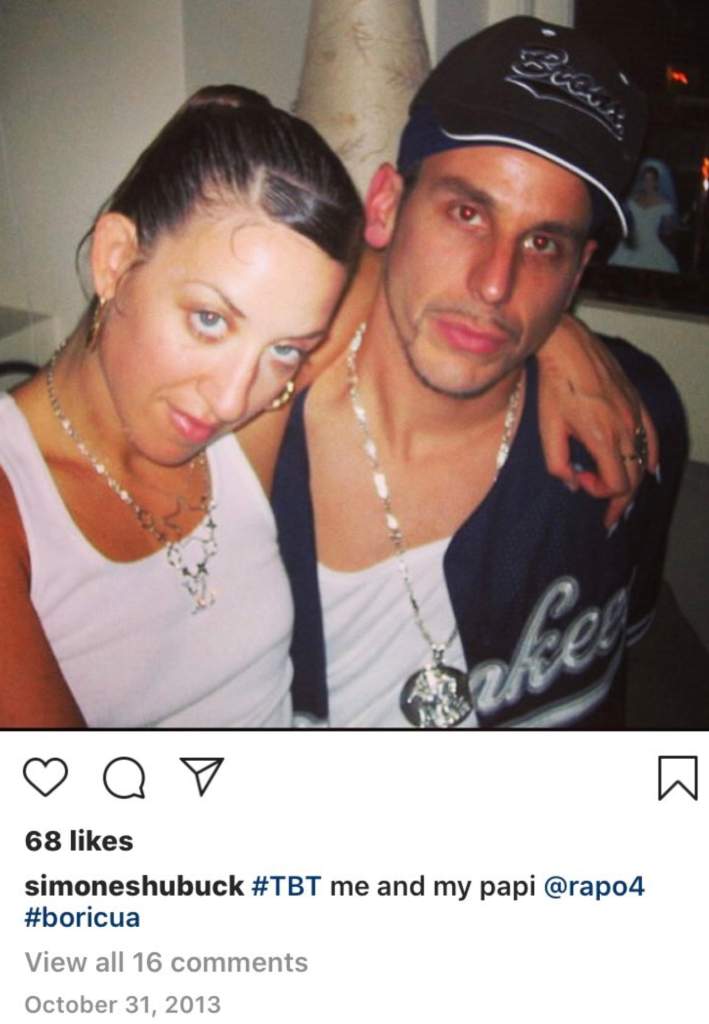 Many employees called for Rapoport to resign after the racist photo has resurfaced. But until Monday, Rapoport had remained publicly quiet on social media. Prior to Monday’s resignation, his two most recent photos on his Instagram feed directly addressed the protests over George Floyd’s murder and show efforts of solidarity and support. One post encouraged editors at Bon Appetit to share with him how “a brand like Bon Appetit should cover the intersection of food and politics.”

Another post of his was the now-famous black square that millions of people posted to Instagram on June 2. The caption reads, “Support, demonstrate, donate if you can. If you need recommendations, here are some of the charities that we at Bon Appetit have been raising funds for…”

Rapoport also wrote a long-form statement for the food magazine’s website, titled “Food Has Always Been Political.” In this statement, published May 31, Rapoport wrote:

In recent years, we at BA have been reckoning with our blind spots when it comes to race. We still have work to do. But one thing I know is that our editorial mission—besides recipes and home cooking—is to cover the most important stories of the moment as they relate to food. And as food businesses across the country stand in solidarity with George Floyd and others before him, our mandate could not be more clear.

At the end of the statement, Rapoport reaffirmed the food magazine’s mission to tackling “racial and political issues” in the issues to come. He wrote, “In the days and weeks to come, you’ll see more stories from restaurant owners and staff at the front lines of these protests. We’ll be spotlighting Black-owned food businesses in cities nationwide.”

Six-plus years of assistants, all of whom have had to put up with way too much yammering, texting, kvetching and golf club-swinging in the office. (I’m wearing one half of my Jackson Maine outfit—long story—for @b_goutish’s going away party. For a more eloquent account of his time at @bonappetitmag, check out his latest post.)

Rapoport may have affirmed his magazine’s commitment to racial justice, but employees are telling another story.

Sohla El-Waylly, a member of the magazine’s test kitchen team, released an Instagram story in which she said she was “disgusted” by the photo of Rapoport in “brownface” and that she has asked for his immediate resignation.

El-Waylly also went on to talk about her own experiences of alleged discrimination during the 10 months she’s worked at Bon Appetit. She said in part:

I am 35 years old and have over 15 years of professional experience. I was hired as an assistant editor at 50k to assist mostly white editors with significantly less experience than me. I’ve been pushed in front of video as a display of diversity. In reality, currently only white editors are paid for their video appearances. None of the people of color have been compensated.

On Twitter, magazine employees and fans of the food magazine alike have expressed their outrage, with many becoming even more infuriated upon hearing El-Waylly’s story of being allegedly underpaid and discriminated against.

Priya Krishna, a contributor for the magazine, wrote, “As a BA contributor, I can’t stay silent on this. This is fucked up, plain and simple. It erases the work the BIPOC on staff have long been doing, behind the scenes. I plan to do everything in my power to hold the EIC, and systems that hold up actions like this, accountable.”

Read More
Racism
Follow Heavy ↓
wpDiscuz
0
0
Would love your thoughts, please comment.x
()
x
| Reply
Adam Rapoport is the editor-in-chief of Bon Appetit. He has been accused of wearing a racist costume including ‘brown face’ in 2013.