Yet another Pokemon Go nest migration has taken place.

In the free-to-play mobile app from Niantic, nests are areas in the game where a large volume of the same species of Pokemon can predictably be captured. But in order to keep things fresh, every few weeks, Niantic changes what species spawn in any given nest, so although the actual location remains the same, you’ll find new Pokemon there now.

The latest migration took place this week on December 1st, and it’s the eighth migration since the game was released back in July. Unfortunately, this migration is completely random, and so not every Charmander or Psyduck nest around the world will have seen the same change.

However, in order to figure out what nests have changed near you, you can make use of the helpful website The Silph Road. On this map, players around the world report nest sightings, and the service lets you see how recent the reports are so you can know if they reflect the recent migration. In the picture below, for example, you can see that users have reported this location to be a Magmar nest, and they’ve reported that in the days since the December 1st update. If there are reports about a nest that come before December 1st, they are likely no longer accurate. 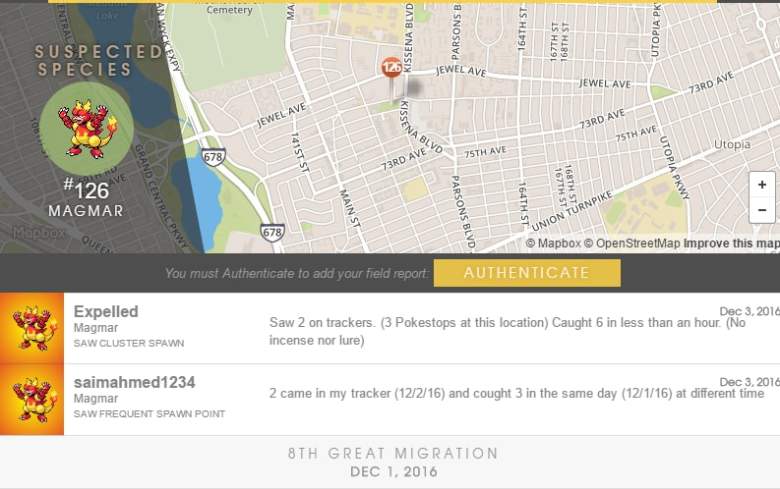 To give you an idea of what some users around the world are experiencing, though, here are some of the nest migrations that have been reported over on the Silph Road subreddit:

What nest migrations have you experienced in your area? Let us know in the comments section below!