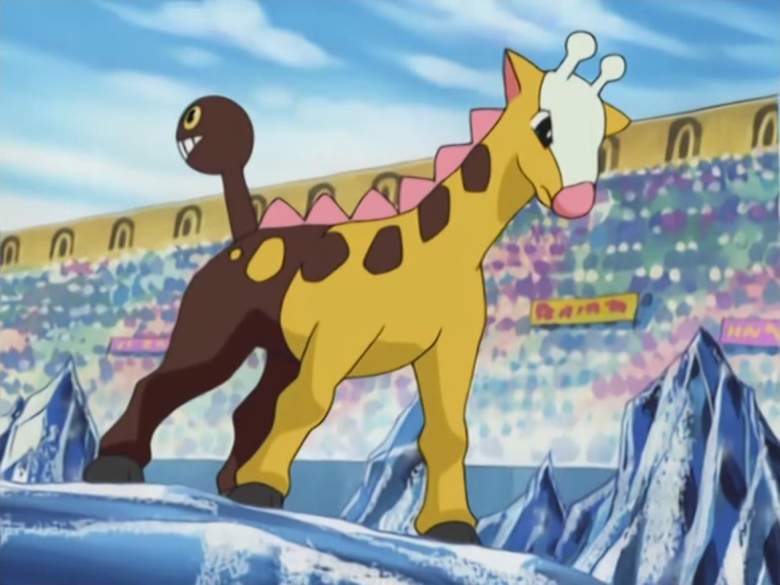 Where is Girafarig in ‘Pokemon Go’? (Pokemon Wiki)

Girafarig is one of the dozens of Pokemon that was added to Pokemon Go in the second generation update last month, but this species has been particularly difficult to locate in the wild. So where is Girafarig, and can it be hatched from eggs?

It appears that Girafarig spawns in a higher frequency than usual in parks and gardens. But your best bet for locating a Girafarig would be to track down a Girafarig nest. These are locations in the real world where the species reliably spawns, and so if you head over to one of these locations, you have a pretty good chance of catching Girafarig.

In order to locate a Girafarig nest, you can make use of The Silph Road’s atlas map. At the top of the page, click on the “species” tab, and then scroll down to select “Girafarig.” You can then move around the map and click on a marker to get details about a particular nest. Then head over to that location in the real world, and you will likely walk away with a brand new Girafarig.

It’s worth noting that on March 9th, there was a nest “migration,” which means that nests throughout the game were altered and many of them now output a different Pokemon than they did before. With that in mind, you’ll want to make sure that any Girafarig nest you find on The Silph Road has been verified sometime after March 9th, as is the case with the nest in the screenshot below. If the nest has not been confirmed since before March 9th, it may no longer output Girafarig. 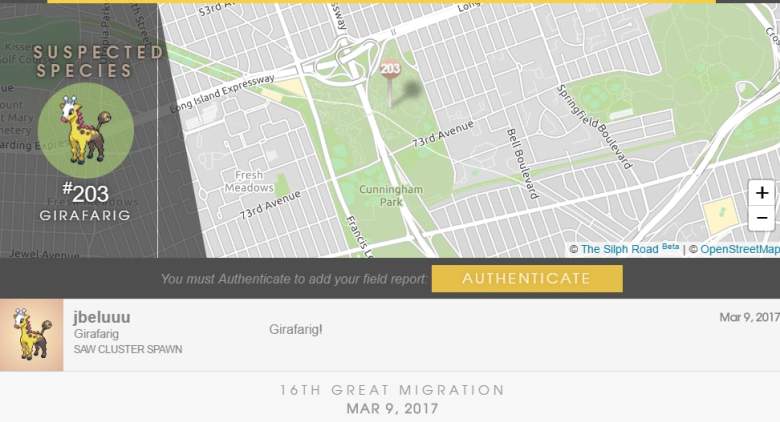 A Girafarig nest in ‘Pokemon Go.’ (The Silph Road)

In addition to catching it in the real world, Girafarig can be hatched from five kilometer eggs. However, they hatch pretty rarely; according to The Silph Road, Girafarig’s hatch rate is 0.32 percent, putting it in the “ultra rare” category.