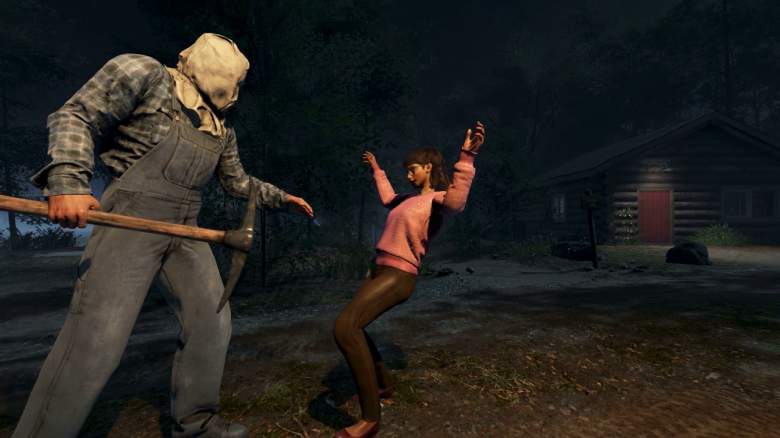 Jason Voorhees may be a superhuman killing machine but there are ways to stop him. In Friday the 13th: The Game, the campers being hunted by Jason actually have a chance to take down Jason, but a lot has to go right for them first and there’s a lot they have to do. This isn’t a strategy you should try every match, but if you get lucky, you might be able to bring down the iconic villain in your match.

Like we said, there are a lot of things you have to do before you can even think about taking down Jason and here they are:

You’ll need to locate the cabin Jason starts in and grab his mother’s sweater. If you hang out in the cabin for too long, Jason will become aware of what you’re doing and he might come kill you so move fast. Only a female camp counselor can put on the sweater since she has to look like Jason’s mom.

Next, you’ll need to equip yourself with some durable weapons so they don’t break during your assault on Jason. You’ll need to pummel him repeatedly until his mask comes off. You’ll likely lose some campers in the process but that is required as you’ll need one of them to come back as Tommy Jarvis.

Once the mask comes off, you’ll need the female camp counselor move in with the sweater. If she activates near Jason, he will attempt to kill her but stop before he deals the finishing blow. She will then have to stun him. Finally, Tommy can interact with the stunned Jason and put the finishing blow on him.

It’s a long process but it’s cool to see at least once.