In a joint statement released today on Steam, Ion Fury’s developer Voidpoint and publisher 3D Realms state that Ion Fury will not be censored. This is following a series of controversial events surrounding content within Ion Fury and Voidpoint.

For the unfamiliar, Ion Fury is a retro-inspired shooter that embraces many of the mechanics and aesthetics of 90s shooters. On August 16, a post was made on the gaming forum ResetEra by user Twenty5Thousand that showcased photos from the official Ion Fury Discord server. In the screencaps, you can see various members of the development team commenting on Social Justice Warriors (SJWs) and transgender people. The developers claimed that these posts were being taken out of context on Twitter.

This post spread like wildfire on social media and soon photos of a lotion bottle titled “OGAY” and the word “FagBag” was discovered in-game. The former, according to independent journalist Sophia Narwitz who spoke to Voidpoint, was meant to be a play on the skin care brand Olay. Inversely, the homophobic slur was discovered in an out-of-bounds area and was stated as a “legitimate error” by Voidpoint on Twitter. They state that this word was not mean to be a “joke, political statement, or anything else.”

The majority of Voidpoint’s development team is not from the US and they denied knowing the homophobic connotation around the word. Allegedly, this was meant to be a play on “Grabbag,” which is the song title for the main theme of Duke Nukem – a title that has clearly inspired Ion Fury. According to the report from Narwitz, “FagBag” was put in the game and forgotten about when it released. 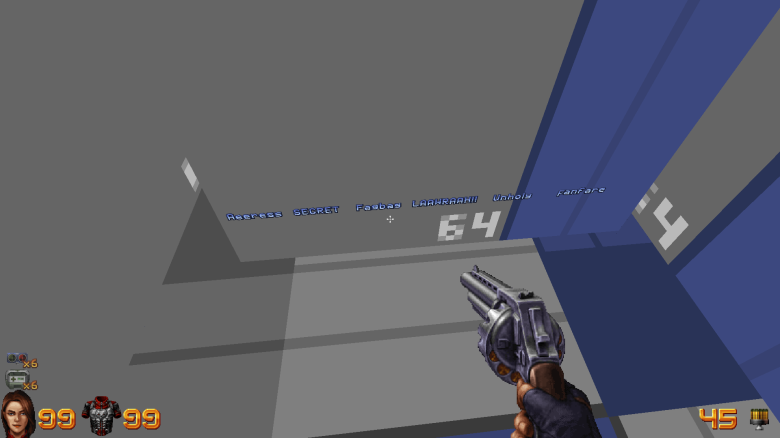 Voidpoint released an apology and pledged to donate $10,000 to The Trevor Project, which is a non-profit organization focused on suicide prevention in the LGBTQA+ community. The developers assured that they will still be donating to the group on Twitter earlier today.

You can read their full apology below:

We recognize these statements are insensitive, unacceptable, and counterproductive to causes of equality. We unequivocally apologize both for these comments and language as well as for any pain they have caused the gaming community, particularly women and members of the LGBTQ community. We take full responsibility for any damage that has been done to the relationships we’ve worked so hard to build.

Moving forward, Voidpoint will institute a zero-tolerance policy for this type of language and all employees and contractors will undergo mandatory sensitivity training. As part of our efforts to contribute to the work that must be done to further support these communities, we are donating $10,000 from Ion Fury’s release day proceeds to The Trevor Project. We are also patching Ion Fury ASAP to remove all unacceptable language.

Now, a few days after this apology, Voidpoint released their statement on censorship in their games. This apology caused its own controversy, as some players applauded the developer’s stance, while others condemned the statement.

We will absolutely NOT be censoring Ion Fury or any of our other games, now or in the future, including but not limited to by removing gags such as gaming’s most controversial facial wash.

We do not support censorship of creative works of any kind and regret our initial decision to alter a sprite in the game instead of trusting our instincts. 3D Realms and Voidpoint stand together on this matter.

Last but not least, please respect our need to keep our community forums clean from hateful messages, spam, or off-topic threads. We recognize our mistake and have received your message loud and clear!

Following the apology, Ion Fury was slammed with negative reviews on Steam with over 300 posted between August 20-21. Since the apology, Ion Fury has received more positive than negative reviews, with many of them citing the developer’s stance on censorship. Additionally, Rebekah Valentine of GameIndustry.biz reached to 3D Realms about Voidpoint, their choice to not censor OGAY, and the Trevor Project donation.

We at 3D Realms spoke with Voidpoint today and they reaffirmed their commitment to honoring their original statement, including the donation to The Trevor Project and sensitivity training. However, the soap bottle will not be removed.

The use of the word “f*gbag” in an area that was inaccessible without hacking the game, and was added by one developer without approval from anyone else, was removed a few days ago. We once again apologize for this text as it does not reflect the values of 3D Realms or Voidpoint.

Jokes at the expense of marginalized communities will not be present in future games published by 3D Realms. However, a portion of our community made it loud and clear they felt removing “Ogay” was censorship and should be protected by free speech. Voidpoint wanted to listen and we respected this decision.

We will update this piece if any new information is released.

Ion Fury is currently available on PC, Nintendo Switch, Xbox One, and PS4.