With 2019 behind us, it’s time to look back and highlight some of our favorite games that released this past year. From brand new IPs to long-awaited sequels, last year saw a plethora of terrific titles. When picking our top games of 2019 we decided to omit any major expansions such as Monster Hunter World: Iceborne. We wanted to focus solely on fully released games and not ones that have simply improved since their launch. Additionally, this list was not determined by one person, but the entire Heavy gaming staff. Everyone voted on which titles made the cut to ensure that one person’s personal favorites didn’t dominate the list.

Hideo Kojima’s first game since his departure from Konami, Death Stranding is a gorgeous, surreal, and unique experience. There’s something truly unique about exploring this fractured world. While combat exists, your main job is simply to transport goods from one area to the next. This may sound boring on paper, but Death Stranding pulls you into its world thanks to atmospheric level design, characters, and mechanics.

Just the simple act of traversing up a cliff can be harrowing, as you delicately balance your cargo strapped to your back. Add on the terrifying, supernatural creatures known as “BTs” and you get a remarkably harrowing experience that’s unlike any other game released this year.

It’s been a big year for developer Respawn Entertainment as they not only released the hit multiplayer game Apex Legends but a stellar, solo Star Wars title. Jedi: Fallen Order places you in the boots of a young Jedi following their extermination in Revenge of the Sith. Noticeably darker than most Star Wars games, Jedi: Fallen Order isn’t afraid to explore the trauma and cruelty of its universe. There’s a terrific mix of puzzles, story, and combat, with the latter being some of the best lightsaber gameplay to ever exist.

A personal favorite, Metro Exodus takes players out of the tunnels of Moscow and throws them into the irradiated Russian countryside. Players once again control Russian soldier Artyom, as they travel across Russia with a small band of allies via train. Boasting terrific level design, users will explore a variety of semi-open worlds ranging from the muddy Volga River to a rich forest to a hellish desert filled with giant, mutated spiders.

Visually striking, Metro Exodus is a hauntingly beautiful game that’s equal parts captivating and nightmarish. Combat remains engaging and the ability to modify your weapons on the fly is a stroke of genius. Even if you’re unfamiliar with the Metro franchise, Exodus’ endearing characters will quickly win you over. 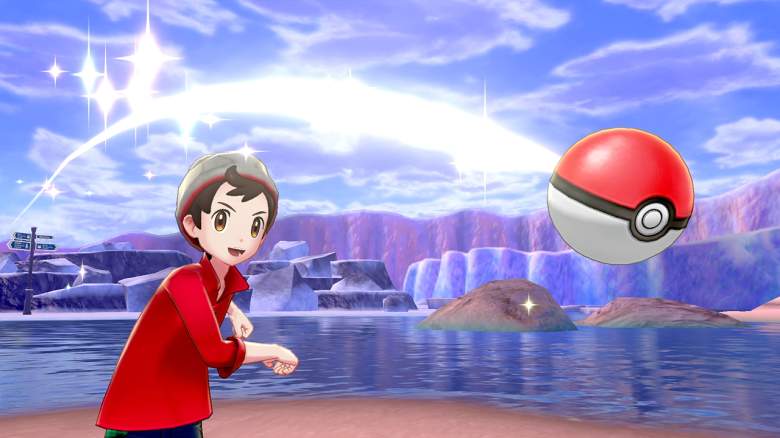 Perhaps our most controversial pick, Pokemon Sword & Shield is the most divisive entry in this long-running franchise. Set in the United Kingdom inspired Galar Region, players will battle, train, and capture a variety of different Pokemon. Ranging from classics like Charmander to the haunted teapot Polteageist, there’s a pocket monster for everyone in these two titles. Even with less than impressive graphics, Sword & Shield’s captivating world is easy to get lost in.

Sword & Shield also boasts one of the franchise’s most intriguing stories, revolving around ancient crisis and the two Legendary Pokemon that saved the region. Characters are charming and the battles still offer that intricate Rock, Paper, Scissors style gameplay. While it may not boast the entire series’ Pokedex, Sword & Shield remain entertaining, solid entries on their own. 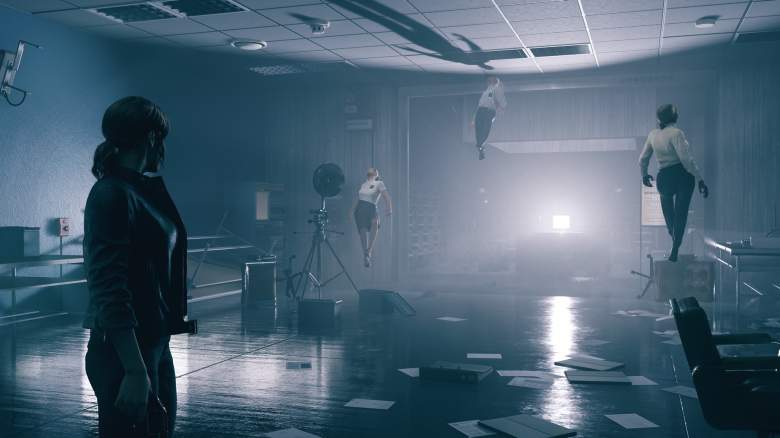 A game that not enough people have experienced, Control is a mind-bending, wild journey. Set inside a monolithic government structure called The Oldest House, users play as the newest member of the Federal Bureau of Control. Everything about Control is gloriously bonkers as if it’s an episode of The X-Files dialed to eleven. Yet, it’s almost impossible to not get invested in the game’s fascinating world and central mystery.

Bolstering the plot is a dynamic combat system that lets you use telekinetic powers to hurl almost anything not nailed down. It’s a freedom we rarely see in games and Control’s physic engine makes every fight deeply satisfying. Seriously, if you haven’t already we strongly suggest that you play Control.

Cracking our top five is developer From Software’s Sekiro: Shadows Die Twice. Blending Dark Souls’ punishing difficulty with an intricate combat system, Sekiro stands as one of the best action games of the decade. Sword fights require precise timing in order to strike or deflect an enemy blow. This turns simple button-mashing into a complex dance that requires users to study and memorize their foe’s attacks.

You’ll face all manner of enemies ranging from simple swordsmen to towering monsters from Japanese mythology. Thankfully, your ronin utilizes a variety of gadgets via his prosthetic arm like bombs, throwing knives, and even a flamethrower. Sekiro is a perfect blend of visual storytelling and gameplay, serving as one of the finest examples of the Souls-like formula.

It’s still hard to believe that this game has even released. The long-awaited entry to one of the most popular gaming franchises dropped last year and it was absolutely worth the wait. Kingdom Hearts 3 is an amalgamation of everything that makes this series so utterly endearing. Continuing the story of Sora, Donald, and Goofy, players will venture to a variety of colorful Disney worlds to stop the spread of an evil race known as the Heartless.

Combat embraces the easy to learn, hard to master mentality, with Sora and company utilizing a variety of different techniques to wipe out hordes of foes. You’ll use everything from basic magic spells to summoning literal Disneyland rides to decimate the Heartless. It’s exactly as wacky as it sounds, but that’s what makes the gameplay so entertaining. Even if the story is quite difficult to get into for newcomers, Kingdom Hearts 3 lives up to every expectation.

Do you want to strike a pose while your rocket arm zips around punching ugly demons in the face? If you answered “Yes,” then Devil May Cry 5 is the game for you. The fifth core entry in developer Capcom’s action series, DMC5 lets players control Nero, Dante, and newcomer V. Set across an impressive, but unsurprisingly cheeky adventure, Devil May Cry 5 is a slick, stylish experience. Each of the three characters has their own unique playstyle, which keeps combat fresh throughout the entire campaign.

It’s remarkable just how much fun DMC5’s combat is, even if you are a veteran of the hack ‘n’ slash genre. Battles are colorful, explosive, and make you feel absolutely invincible when everything goes right. Supporting the gameplay is a solid campaign full of new and old characters, great music, and impressive level design. Devil May Cry 5 is a damn good time from start to finish.

There are remakes and then there is Capcom’s Resident Evil 2. Perhaps the best video game remake of all time, Resident Evil 2 perfectly captures the original title’s horrific world, while seamlessly blending it with modern gameplay. More than just a fresh coat of paint, Capcom has marvelously recreated Leon and Claire’s adventure for a new audience. With the camera now set behind their shoulders, the terrifying action is brought front and center. While this makes combat a little easier, it also crafts a more harrowing experience than the static cameras of yesteryear.

Puzzles are simultaneously familiar, but challenging, with many of them embracing that classic Resident Evil design. Enemies are monstrous and unrelenting, regardless if they are the trenchcoat-wearing Mr. X or a normal zombie. All of this helps Resident Evil 2 not only serve as a superb remake but one of the best horror games of the generation. Perfect for newcomers and veterans, Resident Evil 2 is what all remakes should aspire to be.

After much discussion, Heavy.com’s Game of the Year is the marvelous RPG, The Outer Worlds.

Set in the distant future where corporations rule with an iron fist, players control a colonist who is awakened from cryosleep by outlaw scientist Phineas Welles. From there, it’s up to the user to craft their own journey throughout this ruthless solar system. With multiple branching pathways and dialogue trees, everyone’s journey will be different since there’s almost always more than one way to resolve a quest. Whether it’s through brute force, sweet-talking the right people, or sneaking by unnoticed, The Outer Worlds allows you to experience this universe however you please.

But The Outer Worlds is more than a complex story full of rich characters and factions. There’s a compelling RPG system that serves as the backbone for both combat and exploration. Along with a variety of different weapons, players can slow down time and target specific body parts to inflict different ailments such as blindness on an enemy. It’s deeply satisfying, especially later on when you start to unlock different passives and buffs for this skill.

Full of superb art direction, gorgeous visuals, and dark humor, The Outer Worlds is a memorable experience that is unlike any other this year. If you can only play one game from last year, make sure its Obsidian Entertainment’s outstanding RPG.