An Atelier Ryza 2: Lost Legends & the Secret Fairy review code was provided by the publisher.

To the surprise of many, Atelier Ryza: Ever Darkness & the Secret Hideout garnered the most praise Koei Tecmo’s alchemy-themed JRPG series has ever seen. So much so that it ended up becoming the best-selling franchise entry to date with 500,000+ copies sold. Fans fell in love with Reisalin “Ryza” Stout and her band of merry adventurers as they fought to save their island from certain doom. Because of the shocking success that Atelier Ryza garnered, Gust Co. Ltd. decided to go against their usual series convention by producing a direct sequel to their most highly regarded release. And after spending countless hours unlocking new alchemy recipes, exploring ruins, and participating in fast-paced battles, it’s safe to say that Atelier Ryza 2: Lost Legends & the Secret Fairy is a marked improvement over its predecessor. 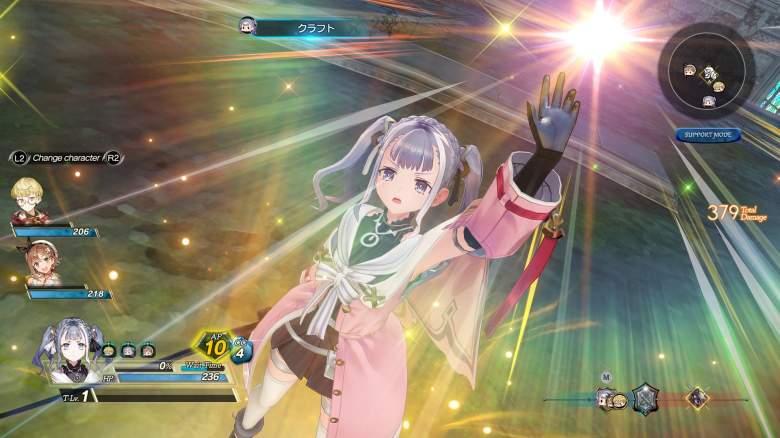 Atelier Ryza 2 sees the beloved alchemist embark on a brand new adventure that takes her to a whole new city locale. She makes her way to this far off hub after receiving a letter from an old friend that mentions the mysterious connection between ancient ruins and alchemy. Another interesting story thread that compels Ryza to leave her quiet island home is the introduction of a curious gemstone, which she’s asked to hold and investigate. As soon as Ryza steps foot into the bustling city of Ashra-am Baird, Ryza reunites with her best friends and encounters a new lot of equally interesting individuals. Series fans will undoubtedly rejoice once they run into old faces and catch up on whatever they’ve been up to since departing Ryza’s beloved band of heroes three years prior. 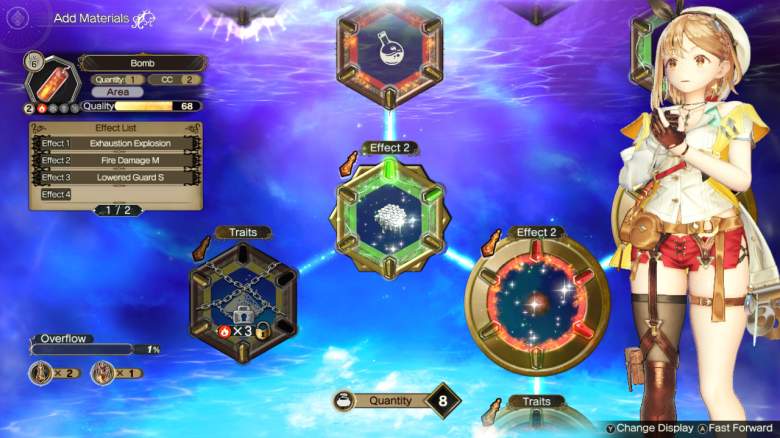 The plot threads that push you to see Atelier Ryza 2 to completion are certainly more compelling than the main storyline featured in its predecessor. The focus on perusing through the many ruins that lay outside the city hub gives players a much clearer objective to become entangled in. One of the best features that are introduced in this sequel goes hand in hand with players’ constant runs through all the ruins you’ll eventually discover.

Two items that Ryza acquires early on allows her to locate remnants of ancient societies, which are then used to piece together the official details behind the many backstories that make up the ruins’ previously uncharted history. This gameplay loop becomes quite addicting as it gives you a reason to thoroughly probe each and every corner of the ruins you come across. The only annoyance that comes up during these exploring sequences is the switch to an animation that sees Ryza open up her magical compass every time you need to see which ruins memory fragments you have yet to retrieve. Having to watch it play out every time just so you can switch to the default map to check your surroundings quickly becomes a chore. 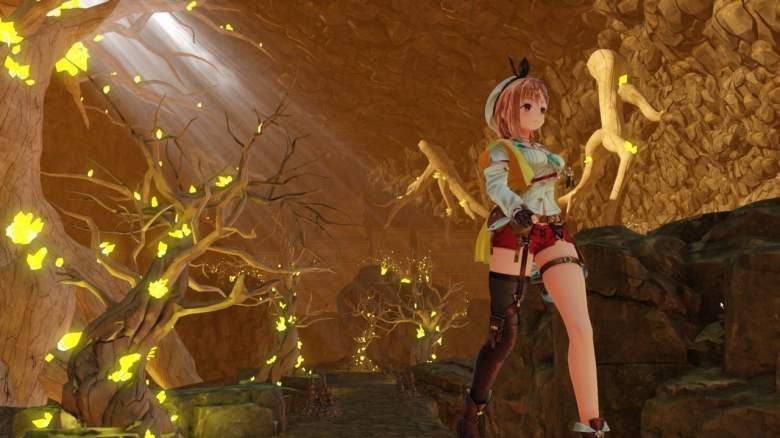 When it’s time to knuckle up and enter combat, Atelier Ryza 2 quickly shows how it improves upon the great battle gameplay foundation established in the first game. Just like before, characters build up the AP needed to pull off special moves by landing basic attacks. And through the usage of said special attacks, characters also build up the CC required to utilize various offensive and healing items.

The big changes that come to the battle system are the ability to seamlessly combine basic strikes with special attacks, which results in flashy combos that usually result in your fellow party members activating impressive skills of their own. As battles wear on, the tactical level gradually increases and increases the number of basic attacks you can land in one turn. This increase in combat intensity makes each battle a joy to participate in as each character comes with a satisfying array of abilities to take advantage of during its early and later stages. And getting the chance to use items in quick succession to heal your party members and immediately land some devastating damage on your foes is immensely gratifying. 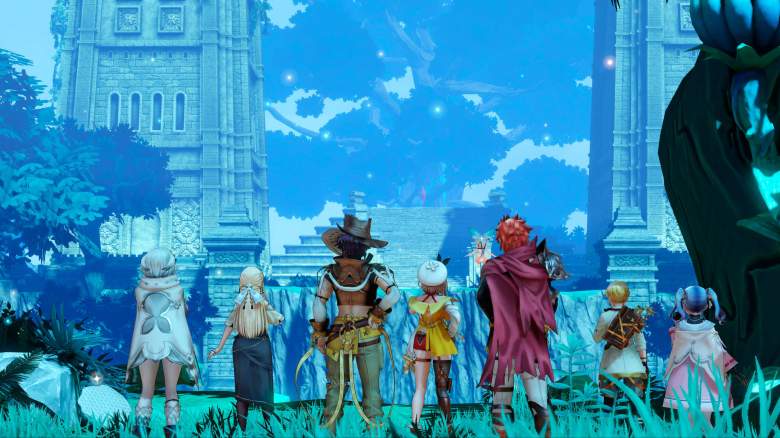 Since this is a brand new Atelier game, the familiar act of alchemy makes its expected return. And just like its previous incarnation, the enjoyable hook that comes with creating items and unlocking recipes for new ones remains intact. There’s a good amount of interlocking systems that are at the heart of this sequel’s alchemy system – Ryza can create items that gift her with the ability to collect all sorts of resources for her crafting needs, plus she can use some of these items to expand her actions on the field.

Being able to summon a ridable creature, swim underwater, and use a grappling hook to hop over to far-off platforms are fun additions that make exploring a lot more involving. Thankfully, the bright and beautiful anime visuals that Atelier Ryza 2 sports give you plenty of pleasing sights to take in while you make your way around Ryza’s new world. Plus the amazing soundtrack makes Atelier Ryza 2’s audio experience top-notch. 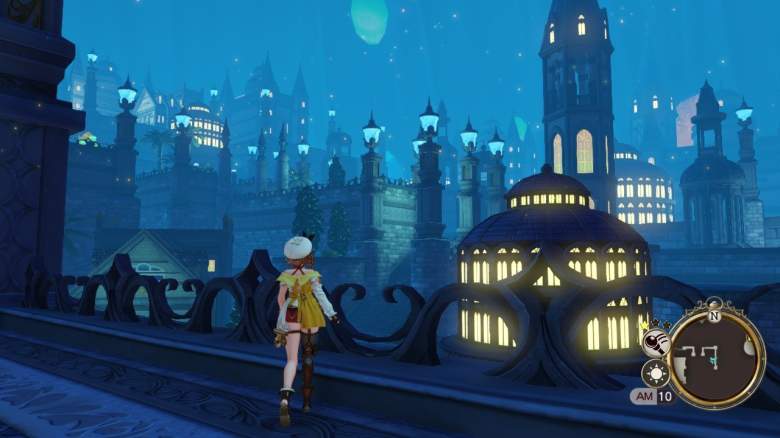 There’s so much to that goes into Ryza’s alchemy duties and they’re all worthwhile. Players can become better acquainted with the many denizens and merchants within Ashra-am Baird by giving them the items they regularly request. Special cinematics play out all over the city and beyond as you use your alchemy skills to also provide them with the goods they require. And a familiar businesswoman works alongside Ryza as players sell their wares to her in order to increase the quality of inventory nearby merchants have in stock.

The active act of performing alchemy is still as amusing as it’s ever been. The new alchemy features that allow you to turn items into gems for further item improvements and link items in order to upgrade the first item’s stats makes the entire process even more meaningful. Things tend to get a bit too complex as you get deeper into the mechanics behind the new alchemy systems, yet they’re still interesting enough to keep you in the mix. 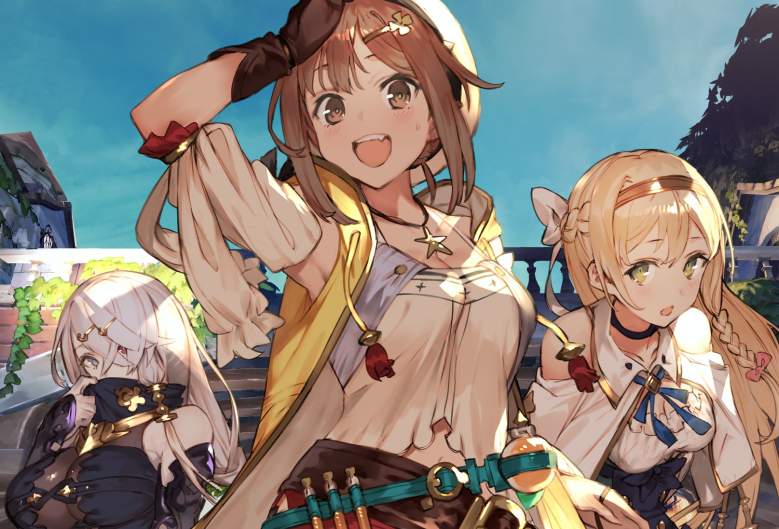 Atelier Ryza 2: Lost Legends & the Secret Fairy brings back the lovable alchemist and her best friends in the gratifying way possible. The fresh city locale offers a hub full of memorable personalities to interact with and heartwarming (and sometimes humorous) sub-plots to watch play out. Getting to the bottom of the many mysteries making up Ryza’s new journey is always a good time thanks to the addictive ruins exploration mechanics that push players to fully explore their surroundings.

Ryza’s new onfield actions, the improved battle mechanics, and the deeper alchemy systems also impress in this quality sequel. Minor annoyances tied to the map layout and the more complex features attached to the alchemy system hamper the game’s overall experience a bit. But all in all, Ryza’s return is a lighthearted pleasure that is entertaining from start to finish.

Our Atelier Ryza 2: Lost Legends & the Secret Fairy Score: 9 out of 10