When Fortnite first came out, it was a game where almost everybody was on a level playing field and being good at building wasn’t really essential to being successful.

However, the tables have completely turned in 2021 and if you’re a bad builder, you’re going to have a very rough time trying to learn the ropes. It feels like almost everybody these days knows how to build a simple box, and that goes a long way toward winning or losing a fight.

If you’re still struggling with the building aspect, Epic Games has you covered. No, it’s not the “Smart Builds” function, but it’s something that will still help. The developers released a new Armored Wall trap that will greatly reinforce the walls you put down, meaning you can focus less on building and more on actual fighting.

Your materials deserve a day off sometimes.

In a short trailer, Epic showcases how powerful this new trap can be. No, it won’t be shooting spikes out of it like the traps of old, but it’ll instead reinforce you greatly.

You can plot these walls down and feel perfectly safe from a pushing opponent. The trailer shows that you can put down the reinforced metal box and then poke your head over the top to eliminate other players.

Obviously, that’s the best case scenario, but it is a good item for players to use so they don’t have to worry about players come right in and taking their walls from them. It is worth noting that you won’t be able to edit your walls once this is placed, so you’re stuck in it as much as your enemies are stuck on the outside.

These walls will also be very useful for anybody who wants to wall up and pop shields and a medkit. Even the Mythic Minigun stands no chance against this wall as evidenced by the trailer.

Don’t Get Too Attached 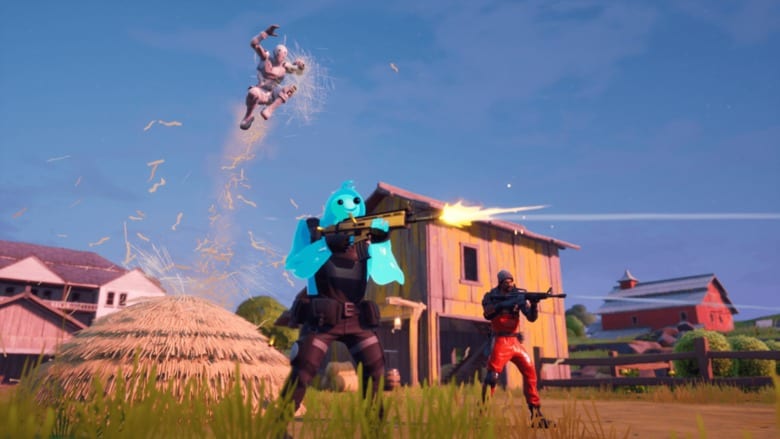 The problem with adding items like this is it sort allows players to ignore key mechanics in Fortnite. Building is what sets this game apart from the competition, so if a player doesn’t work on improving in that area, they will be having a rough time.

Things like the Armored Wall and Port-a-Fort are ways to alleviate this sort of pain, but you can’t always rely on options like that.

Thanks to skill-based matchmaking, you sort of can avoid building because if you keep on struggling, eventually you’ll be put into lobbies with other players who can’t build.

But then you’ll dominate those lobbies and get put into a lobby where players can build and the cycle continues. At the end of the day, Fortnite has a very high skill ceiling and players will need to find a comfort zone if they want to enjoy playing.

This is a completely different game than it was back in 2017, and some players would agree that it’s for the better, but there will still be a vocal playerbase that wants to return to the glory days of Season 3 where nobody knew how to build.

READ NEXT: Fortnite Has Quietly Been Changing the Map All Season