The trend of Fortnite including a crossover skin at the end of the Battle Pass has continue with Season 8. Players who reach the end will now unlock Carnage from Marvel Comics fame.

This skin replaces Rick Sanchez from Season 7, but it still represents a very cool skin for players to work toward, or pay for depending on how much they’re willing to spend.

Carnage is a character that has been known about for a while now, but Epic has finally made it official. The timing of the release is nice because it lines up with the release of Venom: Let There Be Carnage, the upcoming film that may or may not be in the MCU that features the famous Spider-Man villain.

As it turns out, Epic is going to be celebrating this film in more ways than one. In fact, Carnage won’t be the only symbiote released this season according to a new leak.

Fortnite is working on releasing a new Venom skin which appears to have an Alien and a Human variant.

Venom was actually released as a skin already back in Season 4 when all of the other Marvel skins were popping up.

However, he’s stuck in symbiote form and has no option to transform back and forth to Eddie Brock.

Well, it looks like Epic is going to be changing that with this season as a leak by FortTory reveals the developers are focusing on a brand-new Venom skin that will have both an alien and human variant.

This would presumably mean the upcoming symbiote has an Eddie Brock form, similar to how Tony Stark has his human form but then the option to get into his Iron Man suit.

The only question left is whether this will be something new entirely or if it’ll be an added style to the existing Venom skin.

We can see Epic going either way, but FortTory does mention this is a new Venom skin being worked on.

Harley Quinn has two different skins, so why can’t Venom? 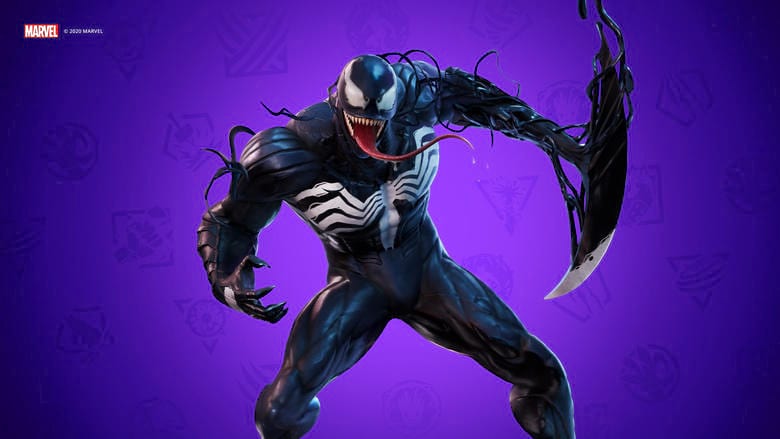 Knowing about an upcoming skin is one thing, but when it comes out is another thing entirely.

Venom 2 comes out in October, so if there is going to be a new skin release, it’ll likely be around the release of the upcoming film.

We last saw this with the release of the Shang Chi skin to the promote the latest film in the MCU. Fortnite didn’t really do much to promote him, but he instead just released into the Item Shop.

With Venom, he was first available through a special tournament, so maybe we could get another Venom Cup when this skin is released in the future.

All of this is assuming the leak is accurate, so that will also be something to be aware of. Plans do change in Fortnite and collaborations do get scrapped, so there’s a chance that this potential skin may never see the light of day.

There’s no telling what’s going on at this point, but if there is another Venom skin, you can sign us right up.

READ NEXT: Fortnite’s Best Mobility Option Yet is On the Way

Loading more stories
wpDiscuz
0
0
Would love your thoughts, please comment.x
()
x
| Reply
Carnage will be joined by another symbiote during Fortnite Season 8.