Serious controversy was astir at the Pycon tech conference last week, and it wasn’t because somebody didn’t know the difference between C++ and Javascript. Following some “mature” jokes made by some gentlemen sitting behind her at a panel, software developer Adria Richards tweeted a picture of them with a comment about what they thought was some innocent fun. What followed was beyond expectation — not only was the joker fired, but Richards was fired along with him. Read on to find out everything you need to know about one of the strangest (and arguably overblown) clashes of feminism and modern society to date.

The joke in question is basically only humorous to techies, and even then it’s not of a high caliber. The gents were referencing “big dongles” (a dongle is a device that plugs into a computer and is generally small) in a sexual manner. The remark, lowbrow as it was, caused Richards to craft a tweet that would seal her fate.

Richards was canned from her job as a software developer evangelist at SendGrid, a cloud-based email client, after she sent out the tweet above. While people are taking both sides in this issue, most agree that firing her was a bit extreme. “Her decision to tweet the comments and photographs of the people who made the comments crossed the line,” SendGrid CEO Jim Franklin wrote on the company site. “Publicly shaming the offenders — and bystanders — was not the appropriate way to handle the situation.”

The joker, known to the public only as Mr. Hank, was also fired from his job with PlayHaven. The conference that the incident took place at, Pycon (from software language Python), had made a big deal about the inclusion of women at this year’s conference, so it seems as though he was made an example of. PlayHaven CEO Andy Yang had this to say:

PlayHaven had an employee who was identified as making inappropriate comments at PyCon, and as a company that is dedicated to gender equality and values honorable behavior, we conducted a thorough investigation. The result of this investigation led to the unfortunate outcome of having to let this employee go.

Richards explained the event in full on her blog, But You’re a Girl, and she spared no detail:

Have you ever had a group of men sitting right behind you making joke that caused you to feel uncomfortable? Well, that just happened this week but instead of shrinking down in my seat, I did something about it.

If she’d thought more carefully she would have realized that simply saying something to the gentlemen would have been (a) immediately more gratifying, (b) generally smarter, since she would’ve kept her job, and (c) more impactful, since he would have actually taken her words to heart instead of holding a grudge for Richards getting him fired. Oh well, you know what they say about hindsight.

Reactions are coming in livid on both sides, and the Twitter conversation over the issue is in full swing. Some believe that Richards was completely in the right, while others believe that feminism is encroaching on men’s liberties. That last sentiment was the impetus that led to Redditors forming the group discussed below.

In response, a group of users of the Reddit online community started the Feminist Victims Fund, created to benefit men that have been oppressed by feminist ideology (namely, Mr. Hank). The fund surfaced in the subreddit TheRedPill, which was created to show members “how to live, find success and happiness in an era of feminism.” In the wake of Hank losing his job, the fund set up a $1,000 donation goal using the digital currency Bitcoin. 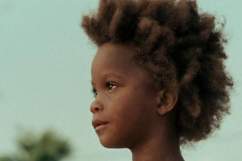