Michael Morones, 11, from Raleigh, North Carolina faced bullying that was so severe, that on January 24, he attempted suicide by hanging himself off of his bunk bed. He survived, barely, as his parents discovered him and rushed him to hospital. Sadly, his brain had already been deprived of oxygen but he’s a fighter and remains in intensive care in Raleigh, North Carolina, reports WTVD.

1. Morones’ Love of My Little Pony Was the Source of the Bullying

The bullying is reported to be due to the facts that Morones was a passionate fan of the cartoon My Little Pony. He was apart of a subculture known as Bronies. Due to this fact, Morones was extremely bullied and teased throughout his school days.

2. His Mother Has Said Her Son Would Never Seek Retribution Against His Tormentors

His mother told ABC 11 what a special boy her son is, Tiffany Morones-Suttle said, “He’s the kid that never walk. He dances everywhere. He’s so full of energy. He’s always on the move.” Morones-Suttle went on to tell the station that her son would not want retribution against the bullies who made his life hell, she said:

I’ve heard a lot of people say you need to go after bullies and hold them responsible. But you know, I don’t think that’s what Mike would want. I would rather teach people how to do right than turn around than punish, because punishment doesn’t always work.

Morones’ stepfather, Shannon Suttle, told the media, “It teaches the most basic moral values to a lot of complex thoughts.”

3. There is a Campaign to Help Morones

A massive online campaign has been launched to raise money for Morones, with support coming from as far away as Ireland. Money raised is not only being used to help pay for Morones’ medical bills but to help start a non-profit to deal with bullying. In the state of North Carolina, there are laws and protocols in place to deal with school bullying. 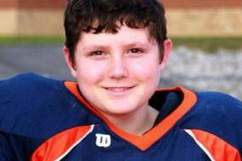 Perhaps most shockingly in the whole story, is that a tribute website for Morones was vandalized with hurtful comments on the night of February 2.

One anti-Brony Tumblr blog, posted an article on January 30 stating that the Morones case is a scam and that he attempted suicide after an argument with his brother. The blog cites a Facebook post from a Stacy Suttle that has now been deleted. The blogger adds that the address associated with the PayPal for people to donate is used for a bar gaming business owned by Morones’ step-father, Shannon Suttle.

5. Morones Has a Long Fight Ahead of Him

As Morones’ fight continues, he is scheduled to have a tracheotomy on the morning of February 4. Tiffany Morones-Suttle said, “We won’t know for months how much is going to heal. It could be even years before we find out what potential for healing he has. 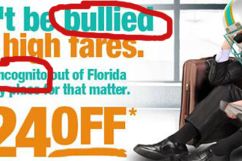 Read More
5 Fast Facts, Breaking News, Bullying, North Carolina, Suicide
Michael Morones, 11, tried to commit suicide after allegedly being bullied over his love of "My Little Pony" and his label of "brony."