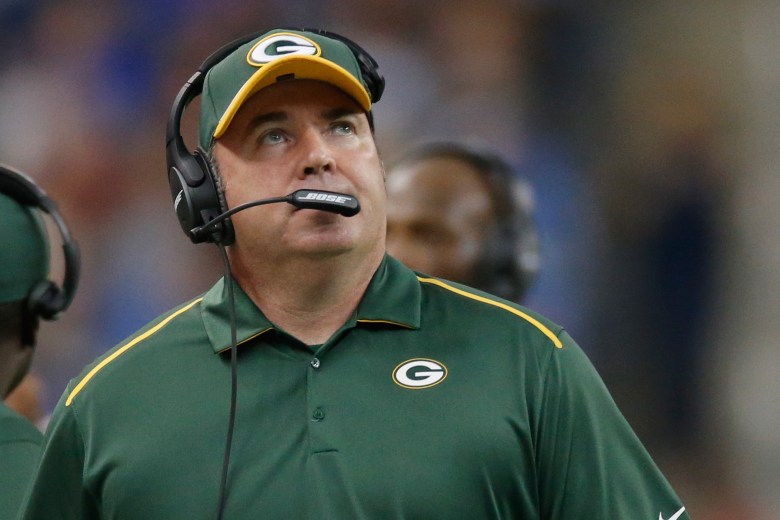 The Green Bay Packers, who host the Atlanta Falcons tonight, need a win to keep up with the Detroit Lions for the NFC North lead. With such a strong NFC this season, aside from the South, this is likely the only way either of these teams will make the playoffs.

One of the key parts in making that possible is coach Mike McCarthy. 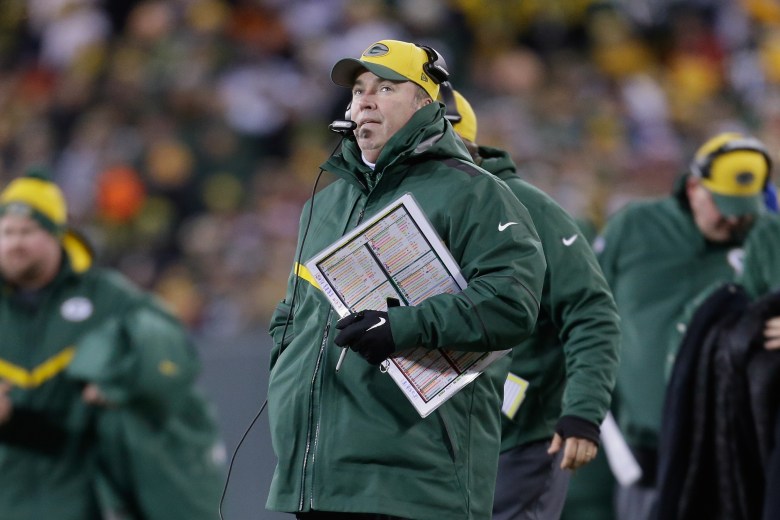 After starting his NFL coaching career as a quarterbacks coach with the Kansas City Chiefs in 1995 and moving to the Packers for the first time in 1999 for the same position, McCarthy was hired as the offensive coordinator for the New Orleans Saints in 2000, a position he held until 2004. In 2005, he took the same position with the San Francisco 49ers. After one season with that team, the Packers hired him as their head coach in 2006.

McCarthy is currently ranked third in Packers history for wins, behind only Curly Lambeau and Vince Lombardi.

2. McCarthy Has Been Married Twice and Has 5 Children 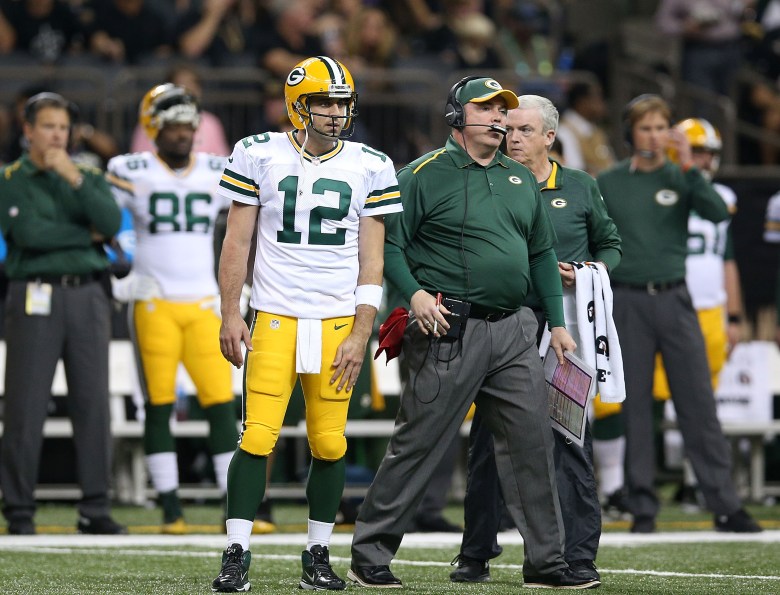 McCarthy first married a woman named Christine, whom he had known since the two were teens. Together, they have a daughter, Alex. While McCarthy maintains a close relationship with his oldest daughter, she has lived with her mother since 1996.

In 2008, Mike married Jessica Kress, who had two sons, Jack and George, from a previous marriage of her own. Together, Mike and Jessica have two daughters, Gabrielle Kathleen and Isabella Conroy.

3. McCarthy Was a Tight End at Baker University 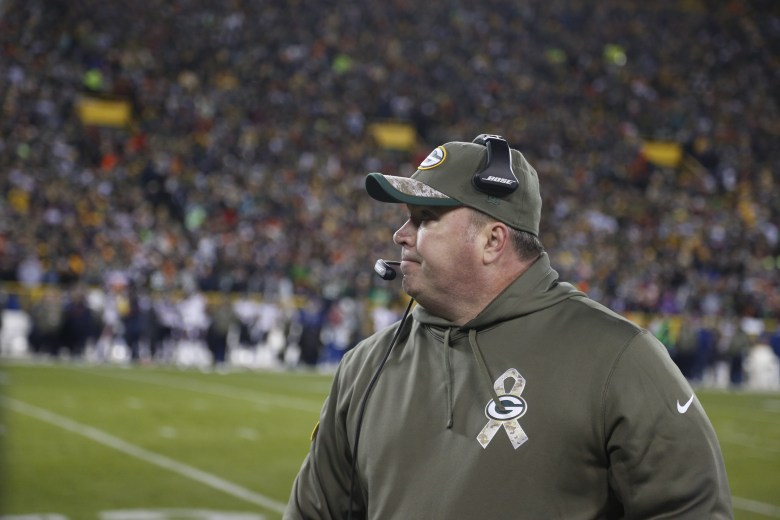 The highest level at which McCarthy has played football is college. He attended and played for Baker University in Baldwin City, Kan. In his senior year, McCarthy was named a captain of the team.

He graduated from the school in 1987 with a Bachelor of Science degree in business administration. 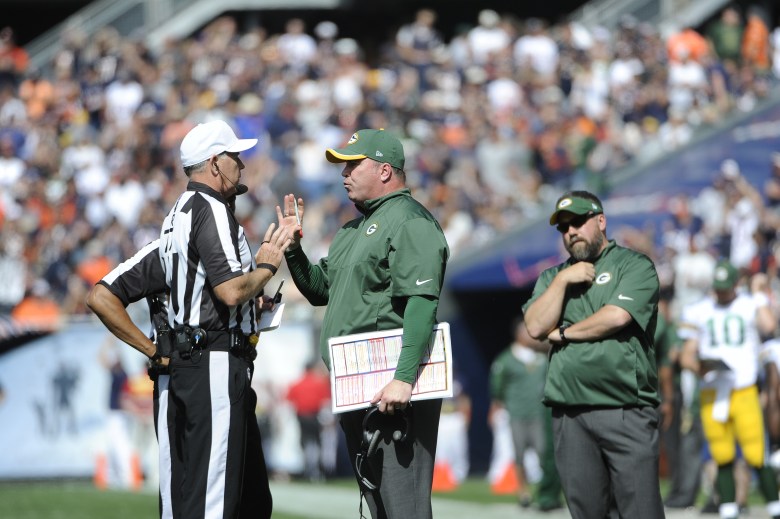 Growing up in Pittsburgh, McCarthy was raised by his father to be a Steelers fan.

Another thing from he got from his father — who worked as firefighter, police officer and bar owner — is his work ethic.

McCarthy has made his blue-collar background a big part of his life and coaching style.

5. The Packers Signed McCarthy to a Contract Extension Last Month 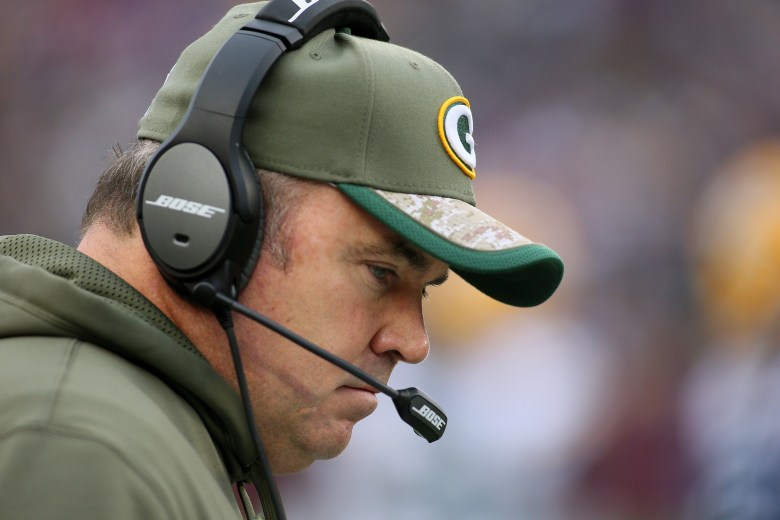 While the details of the contract have not been disclosed, the contract is believed to run through 2018 — keeping him locked in for as long general manager Ted Thompson.

Since McCarthy is only one win behind Lombardi for second on the Packers list, he has plenty of time to pass him, possibly even tying him tonight.

However, he will need over 100 wins to get to the top of the list, with Lambeau having 212.

Loading more stories
wpDiscuz
0
0
Would love your thoughts, please comment.x
()
x
| Reply
Mike McCarthy has his eyes set on Super Bowl ring No. 2. What you need to know about the Green Bay Packers head coach.