A 12-year-old boy in California committed suicide after he was relentlessly bullied for being the only male cheerleader on his middle school cheering squad.

Here’s what you need to know about the tragic story of Ronin Shimizu:

1. The Bullying Was So Bad He Had to Be Home Schooled

A family friend told ABC 10 in California that Shimizu was bullied so badly at Folsom Middle School in Folsom, California, that he had to be taken out of school. At the time of his death, on December 3, Ronin was being home schooled. The Sacramento Bee reports that he was enrolled in a program that allows kids to be educated at home, with the parents meeting every two weeks to discuss curriculum.

2. The School District Says It Knew He Was Bullied & Followed ‘Protocols’

A vigil for Ronin. (Screengrab via Fox40)

The principal at Folsom Middle, John Bliss, wrote an email to parents after news of the suicide emerged:

Dear Folsom Middle families: I’m writing with a heavy heart today. By now you have heard about the tragic death of one of our former students. Ronin Shimizu briefly attended Folsom Middle last year as a sixth-grader, and this news has deeply saddened many of our students and staff who knew him.

Today we have and will continue to provide counseling and support to students and staff who need assistance dealing with their grief. And while do not know all of the circumstances surrounding Ronin’s passing, we will continue our work to maintain a safe, caring and positive school environment free from bullying and harassment.

I encourage you to talk to you child about how they are processing this news, what feelings they may be experiencing and if they need any help. In the meantime, please keep this student’s family in your thoughts during this difficult time. As always, if you have any questions or concerns, please don’t hesitate to contact me.

We are shocked and deeply saddened by this unspeakable tragedy, and our hearts go out to Ronin’s family during this difficult time. Many students, teachers and staff who knew Ronin remember him as a positive and outgoing child, and our school communities are truly grieving this loss today. We are moved by the outpouring of support from families and community members asking how they can help.

CBS Sacramento reports that the school district did receive reports of bullying against Ronin and that proper protocols were followed. A student told the station that Folsom Middle students were put through an anti-bullying class recently. A few days after Ronin’s death, the school district sent a letter to parents, telling them:

As we all process our shock and sadness, our school district has understandably received many questions about how we address bullying in our schools. We may never know all of the factors that led to Ronin’s passing, but we share your concern in any case where a child may have endured torment. We must not only talk about bullying, but we must work together to stop it.

3. His Parents Are on a Mission to ‘Turn This Tragedy Into Something Positive’

CBS Sacramento reports that students called Ronin “gay” because of his role on the Vista Junior Eagles Cheer Team. A student at Folsom Middle and fellow cheerleader told the station:

I didn’t see why people would tease him because he was so nice. I heard that people called him gay because he was a cheerleader. It’s a shocking and saddening incident.

A neighbor, 14-year-old Danii Bello, told the Sacramento Bee that in addition to cheerleading, Ronin liked to make his own clothes.

The tragic loss of our son has and will forever change our life. The love and support that we received from family, friends and the Folsom community has been immeasurable and words cannot begin to express our gratitude through this most difficult grieving process. The people close to our family know exactly who Ronin was, but since the story of this tragedy has spread worldwide, we want to take a minute to let the world know who he was. Ronin was one of the most loving, compassionate, empathetic, artistic and funny kids to grace this Earth. Ronin was a child who was not afraid to follow his heart, and we as his parents did everything in our power to allow him to pursue his passions, while protecting him from the minority that could not understand the specialness he possessed. As you already know, Ronin loved to do Cheer, but he also loved art, fashion, being a Scout and most recently crew/rowing. It is true that because of his specialness, Ronin was a target of bullying by individuals that could not understand or accept his uniqueness. Ronin was not just a target of bullying because of his participation in cheer, but for him just being Ronin. We as his parents always knew that he would make an impact on the world, we just thought it would be in something like fashion design or art related. We had no idea that God and Buddha had a more important role for him, and we as his parents will make it our mission in life to turn this tragedy into something positive and hopefully prevent another senseless tragedy. In closing, please remember that education in regards to bullying prevention does not only need to occur in our schools but also in the home.

4. Just Before His Death, He Had Joined a Rowing Team

Prior to his death, Ronin had just joined a local rowing crew team. Erik Allen, a rower at the Upper Natoma Rowing Club, told Fox 40, “Anytime I talked to him it really brightened my day and made me feel better.”

5. His Death Has Caused an Outpouring of Emotion on Twitter

When news of Shimizu’s death was made public, the brave 12-year-old became a martyr on Twitter:

We have a beautiful 12-year-old that has endured bullying. It's devastating & cruel. My heart goes out to the parents of Ronin Shimizu. 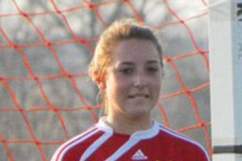 Read More
5 Fast Facts, Breaking News, Bullying, California, Suicide
wpDiscuz
2
0
Would love your thoughts, please comment.x
()
x
| Reply
Ronan Shimizu committed suicide after he was bullied because he was the only male member of the Folsom Middle School cheerleading team.