An activist’s silhouette is seen through a rainbow flag during a Gay Parade. (SERGEI SUPINSKY/AFP/Getty Images)

The Supreme Court of the United States has ruled that marriage equality is legal in all 50 states under the Fourteenth Amendment. The 5-4 ruling came early Friday morning just before many Pride Parade weekends were about to kick off, most notably in New York City. The ruling overrides bans in 13 states against gay marriage, enforcing the law of equal rights all across the United States. The Supreme Court justices found that under the 14th Amendment, all states must recognize same-sex couples and allow same-sex unions.

But what does the amendment say?

The text from government archives reads:

Section 2. Representatives shall be apportioned among the several States according to their respective numbers, counting the whole number of persons in each State, excluding Indians not taxed. But when the right to vote at any election for the choice of electors for President and Vice President of the United States, Representatives in Congress, the Executive and Judicial officers of a State, or the members of the Legislature thereof, is denied to any of the male inhabitants of such State, being twenty-one years of age, and citizens of the United States, or in any way abridged, except for participation in rebellion, or other crime, the basis of representation therein shall be reduced in the proportion which the number of such male citizens shall bear to the whole number of male citizens twenty-one years of age in such State.

Section 3. No person shall be a Senator or Representative in Congress, or elector of President and Vice President, or hold any office, civil or military, under the United States, or under any State, who, having previously taken an oath, as a member of Congress, or as an officer of the United States, or as a member of any State legislature, or as an executive or judicial officer of any State, to support the Constitution of the United States, shall have engaged in insurrection or rebellion against the same, or given aid or comfort to the enemies thereof. But Congress may, by a vote of two-thirds of each House, remove such disability.

Section 5. The Congress shall have power to enforce, by appropriate legislation, the provisions of this article.

The 14th Amendment was originally proposed during the Reconstruction after the Civil War and was intended to help guarantee civil rights to now freed slaves. The 13th Amendment abolished slavery. The 14th Amendment was adopted on July 9, 1868 after many iterations passed through Congress, but in the end it helped overrule the Supreme Court’s 1857 Dred Scott decision that prohibited black people from being or becoming American citizens. Thus, it guaranteed everyone—no matter the color of their skin—the right to “Life, Liberty and the pursuit of Happiness.”

You can read the Supreme Court’s ruling here:

While the 14th Amendment was drafted in the 19th century and doesn’t directly address the question of sexual orientation and right to marry, the Supreme Court draws its ruling from the fact that the 14th Amendment allows everyone to enjoy the privileges of American citizenship—including marriage—without legislated discrimination against their orientation.

Though the majority emphasized that couples without children have as much a right to marry as couples with children, they also touched on the importance of same-sex marriages to the children of same-sex couples.

The majority concluded the Constitution grants same-sex couples “equal dignity in the eyes of the law.”

Justice Anthony Kennedy, who wrote the majority opinion on the ruling, concluded:

[T]he reasons marriage is fundamental under the Constitution apply with equal force to same-sex couples.

The Supreme Court took on gay marriage after accepting the case of Obergefell v. Hodges. The lawsuit history reads:

A Cincinnati, Ohio, same-sex couple filed a lawsuit, Obergefell v. Kasich, in the U.S. Southern District of Ohio on July 19, 2013, alleging that the state discriminates against same-sex couples who have married lawfully out-of-state. Because one partner, John Arthur, was terminally ill and suffering from amyotrophic lateral sclerosis (ALS), they wanted the Ohio Registrar to identify the other partner, James Obergefell, as his surviving spouse on his death certificate based on their July 11, 2013, Maryland marriage. The local Ohio Registrar agreed that discriminating against the same-sex married couple is unconstitutional, but the state Attorney General’s office announced plans to defend Ohio’s same-sex marriage ban.

The case was appealed until it reached the Supreme Court. President Obama called Jim Obergefell to congratulate him following the ruling on June 26, 2015.

"This ruling is a victory for America." —President Obama #LoveWins 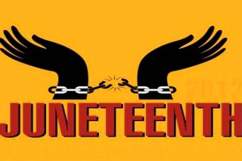 What Is Juneteenth? 5 Fast Facts You Need to Know

To read about this historic same-sex ruling in Spanish, visit AhoraMismo.com: 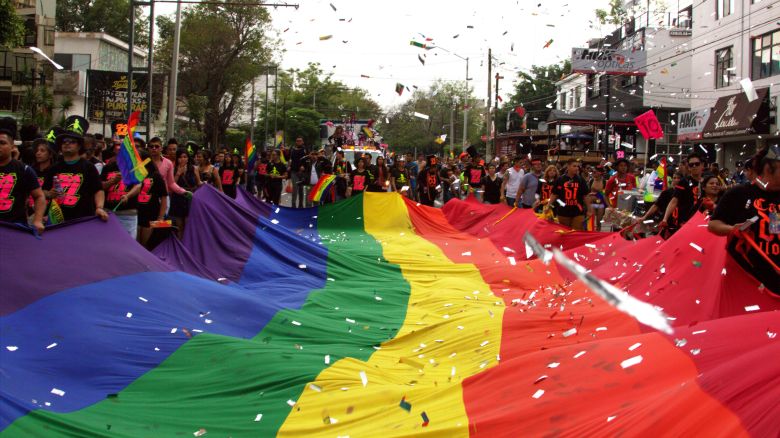 Loading more stories
wpDiscuz
16
0
Would love your thoughts, please comment.x
()
x
| Reply
The Supreme Court of the United States has ruled that marriage equality is legal in all 50 states under the Fourteenth Amendment. But what does the amendment say?