A Texas man who told police he drank the blood of a 12-year-old boy he killed in 1998 was executed Wedneday night.

Pablo Lucio Vasquez, known as the “Vampire Killer,” was put to death by lethal injection, the Texas Tribune reports.

Vasquez was convicted in the murder of David Cardenas and sentenced to death in 1999, the Associated Press reported at the time.

Cardenas’ body was found in April 1998 in a shallow grave in Donna, a South Texas border town.

Vasquez’s execution would be the sixth in Texas this year and the 11th in the United States, according to the Death Penalty Information Center.

1. Vasquez Told Police He Was ‘Hearing Voices’ Telling Him to Kill Cardenas

David Cardenas was staying with Pablo Lucio Vasquez’s cousin, 15-year-old Andres Chapa, and attended a party with Chapa and the 20-year-old Vasquez, according to the Associated Press.

He was killed after the party.

Vasquez told police in his videotaped confession, which you can watch above, that he “started hearing voices in my head, and I told my cousin that somebody was telling me to kill him.”

Vasquez hit the boy several times with a pipe, and then his cousin, Chapa, hit Cardenas in the head about five times with a shovel, Vasquez told police.

“I’ve seen so many murders and gone to suicides where they practically blow their heads off but I think this case of this 12year-old boy, you just can’t forget this,” Donna Police Chief Miguel Carreon told the Associated Press in 1999. “It could have been anybody’s little child. It could have been mine.”

2. He Said ‘Something’ Told Him to Drink the Victim’s Blood

Vasquez told police that “something” also told him to drink Cardenas’ blood after he was killed.

Vasquez and Chapa tried to decapitate the boy, and mutilated his body before burying him in a shallow grave and stealing his jewelry, the Associated Press reported.

He said the “devil” spoke to him during the killing.

Vasquez said “the devil” was telling him to take the boy’s head “away from him,” but it “couldn’t come off.”

He then lifted the boy’s body up, and “the blood was dripping and got it all over my face. So, I don’t know, I mean something just told me drink,” Vasquez confessed.

3. He Lost His Final Appeal to the U.S. Supreme Court

The front door to the Texas death chamber in Huntsville, Texas. (Getty)

Vasquez has already had an appeal rejected by the Texas Court of Criminal Appeals, but he has a pending request for a stay of execution before the U.S. Supreme Court.

His attorney, James Keegan, is seeking a reprieve based on potential errors in jury selection, according to CBS News.

Keegan says several potential jurors were improperly excused from the capital murder trial because they were either opposed to the death penalty or not comfortable making such a judgement.

Keegan’s previous appeals claimed Vasquez was mentally ill and should be ineligible for the death penalty.

He has also argued that Vasquez did not intend to rob Cardenas before he killed him, making him ineligible for the capital murder charge, according to the Texas Tribune.

Cardenas’ family was in attendance at Vasquez’s sentencing, according to a 1999 article by the Associated Press.

“He deserves to die for killing my 12-year-old son,” Oralia Palacios, Cardenas’ mother, told the AP. “He acted like a coward. Why couldn’t he find someone his own size?”

After the sentencing, Vasquez’s mother apologized.

“I would like to extend an apology to the (Cardenas) family,” Maria Vasquez said. “(Vasquez) was a good son. He was loved by his family and friends. I can’t believe something like this would happen.”

The lead prosecutor in the case called Vasquez a “sociopath” in an interview last week with the Dallas Morning News.

“They decided they were going to try to take his head off with a shovel and didn’t realize that it was a lot more difficult to cut someone’s head off,” prosecutor Joseph Orendain said. “It was a mutilated body left behind. … It was really horrendous.”

5. Vasquez’s Cousin, Who Was 15 at the Time of the Killing, Is Serving 35 Years in Prison for His Role in the Murder

Vasquez’s 15-year-old cousin, Andres Chapa, pleaded guilty to murder and was sentenced to 35 years in prison.

He first became eligible for parole last year but was denied in December. His next shot at parole is in 2020, according to the Texas Department of Criminal Justice.

Six people, including others related to Vasquez, were convicted on lesser charges for helping in the crime and the cover-up. 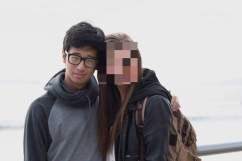 Loading more stories
wpDiscuz
14
0
Would love your thoughts, please comment.x
()
x
| Reply
Pablo Lucio Vasquez, known as the "Vampire Killer" has been executed in Texas. He killed David Cardenas, 12, in 1998, and drank his blood, he told police.