Nick Hillary 20/20 Interview After Found Not Guilty of MurderAfter being found not guilty of murder, former college soccer coach Nick Hillary opened up to ABC News' Elizabeth Vargas for his first post-verdict interview.2016-09-30T13:52:34.000Z

In 2011, Garrett Phillips, who was just 12-years-old, was killed in his upstate New York home. For years, no one was named in Phillips’ death.

Tonight, ABC News’ and Dateline will both investigate the 2011 murder of Garrett Phillips. At 9pm, Dateline will air The Accused, which will “focus on law enforcement and community response to the horrific crime”, according to Syracuse.com. Then, ABC News’ 20/20 will interview the accused ex-boyfriend of Phillips’ mother, Oral “Nick” Hillary, for the first time since he was acquitted two days ago.

Here’s what you need to know about the case.

1. 12-Year-Old Garrett Phillips Was Strangled to Death In His Home

NY Man Speaks out After Not Guilty Verdict in Murder of Ex's Son: He was accused of strangling to death his e… https://t.co/y1qpX8JO62

Around 5pm on the night of Monday, October 24, Sean Hall and his fiancée, Marisa Vogel, heard a scream, a bang, and then moans, coming from the neighboring apartment. Vogel called the police to tell them what she’d heard, and police arrived at the apartment less than ten minutes later. According to Grantland, Officer Mark Wentworth investigated the apartment at 100 Market Street. When he entered, he found “an adolescent boy, just around the corner, lying on his back in the master bedroom, with his head facing the door. His arms were at his side and his legs close together. He wore a T-shirt and blue-and-white checkered shorts. He looked like he was sleeping.”

After medics rushed the boy to the hospital two blocks away, Wentworth noticed that one of the window blinds in another bedroom had been damaged.

Back in the hospital, Garrett Phillips was pronounced dead at 7:18pm.

2. Garrett’s Mother Has ‘No Doubts’ That Ex-Boyfriend Nick Hillary Killed Her Son

Garrett’s mother, Tandy Cyrus, has said that her son was a gregarious boy who had “absolutely no fear”.

Nick Hillary is the ex-boyfriend of Tandy Cyrus. The night that her son died, she had no idea what had happened. “I was in complete shock”, she told ABC News. Cyrus says that when she showed up at the hospital, her son had bruises all over his face, and Marks on his neck. She told ABC, “…I just remember him looking down at me over the tops of his glasses, telling me that there was nothing else that they could do.”

Cyrus was initially told that Garrett fell. Then, at the hospital, she found out he was in cardiac arrest. It wasn’t until later that Cyrus was finally informed that her son was strangled to death. ABC writes, “Almost immediately, police focused on her ex-boyfriend Hillary as the prime suspect, but it would take them several years before they arrested him for the murder.”

Cyrus and Hillary broke up a few months before Garrett was killed, and Cyrus believes that Hillary “blamed Garrett for the breakup.” ABC News writes, “While Cyrus said she never saw Hillary hit a child, lose his temper with a child or threaten a child during their nearly one year together, she told ’20/20′ that she has no doubt that Hillary killed her son.”

On September 21, Hillary’s daughter, Shanna-Kay, took the stand to defend her father.

Police have estimated that Garrett’s murder took place around 5pm– neighbors called the police to complain of hearing strange noises coming from his apartment at 5:07pm.

Shanna-Kay, who is now 19-years-old, has testified that on the day of the murder, she was at Potsdam High School. She attended soccer practice after school, and when she arrived home at 4:30pm, her father was there. At 4:40pm, Shanna-Kay took a shower. Her father said “I’ll be right back” through the door, and when she got out of the shower 20 minutes later, her father was home.

In Shanna-Kay’s cross-examination, the prosecution brought her attention to surveillance footage that showed her walking home at 4:02pm, which would have gotten her home at 4:12pm, and therefore into the shower at 4:22 pm. Prosecutors also referenced two interviews Shanna-Kay gave in 2014 and 2015– in both interviews, she said she ate dinner at 6pm. However, Shanna-Kay’s phone records show she texted her father at 6:24pm, asking “What’s for dinner?”. 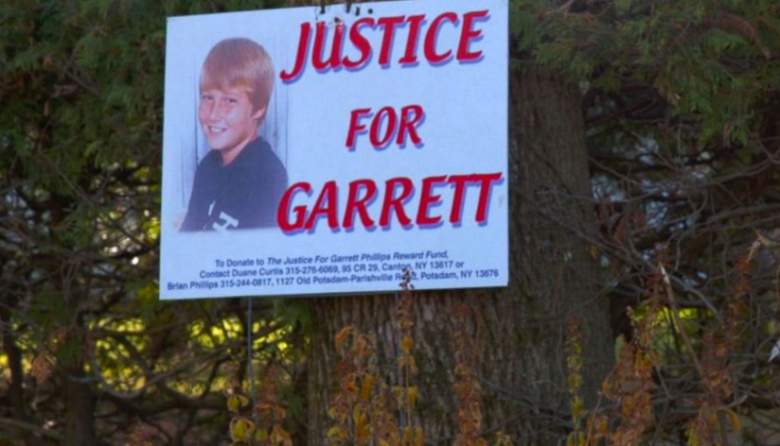 Residents of upstate New York, where Phillips was killed, are reportedly split between those who believe in Hillary’s guilt and those who believe in his innocence. When Hillary was acquitted this week, the judge said that his case was mostly circumstantial and didn’t prove he was guilty without a doubt.

On Wednesday morning, Hillary was found not guilty by a judge, after a two-week long trial. He has maintained his innocence since day one– telling Elizabeth Vargas, “I have absolutely nothing to do with what has happened to Garrett. Why would I even want to hurt a child, after having worked with kids for over two decades? It just blows my mind.”

Hillary is now a free man, and he cannot be retried. Prosecutors have also said they will not reopen the investigation.