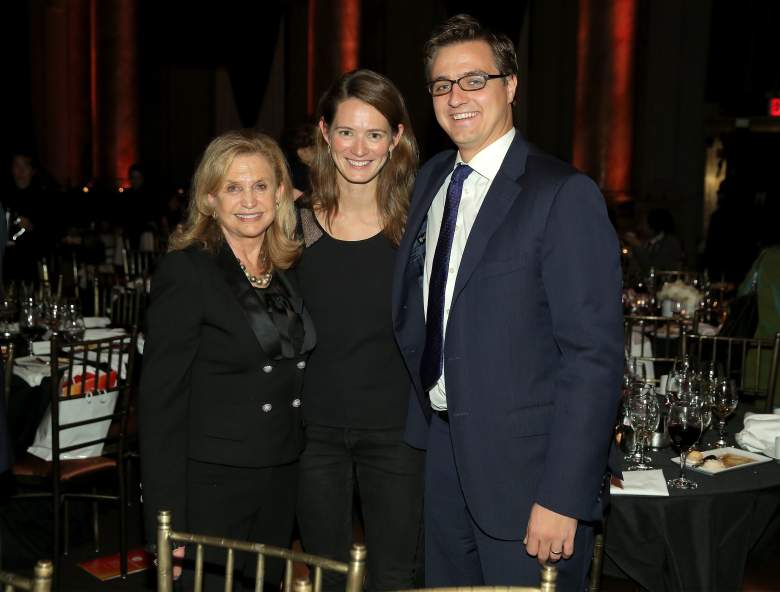 Chris Hayes is the host of MSNBC’s All In with Chris Hayes, and he has been covering national politics in some form or another for the past 16 years.

Hayes is married to Kate A. Shaw, a law professor and Supreme Court analyst. They have been married since 2007, and they have two children together: Ryan and David.

Here’s what you need to know about Chris Hayes’ wife Kate A. Shaw.

1. She Is an Assistant Professor at the Benjamin N. Cardozo School of Law & Previously Worked in the White House

Kate A. Shaw works as an assistant professor at the Benjamin N. Cardozo School of Law in New York City.

According to the school’s website, Shaw’s areas of expertise include administrative law, constitutional law, election law, elements of law, and legislation. She is also the co-director of the Floersheimer Center for Constitutional Democracy at the Benjamin N. Cardozo School of Law.

Shaw earned her own law degree from Northwestern University, graduating in 2006. She also graduated with a B.A. from Brown University in 2001.

Outside of teaching, Shaw has worked in Washington, D.C. She served in the White House counsel’s office during the Obama administration, according to Cardozo Law.

Kate A. Shaw also has experience working on the Supreme Court itself. Hayes has credited his wife with keeping him centered. “The biggest safeguard against losing his soul in a soulless industry, Hayes said, has been his wife, Kate Shaw,” reported IBTimes, quoting Hayes as saying, “Having known each other as long as we have has insulated me from what this job can do to you,.”

Hayes told the news site: “Everything that I am as a human being has been constituted by that relationship. I often think about the stress of the job and that the crazy psychological effects of being on television would easily drive a person insane, or make them into a monster, in the absence of having an amazing relationship. I’m lucky.”

After graduating from Brown University, Shaw clerked for Supreme Court Justice John Paul Stevens from 2007 to 2008. Although Sandra Day O’Connor had retired, Shaw said in a 2013 interview that O’Connor was still a regular presence in the building and that “I actually did get to spend quite a bit of time with her and she’s a wonderful person.”

When asked if all of the Supreme Court justices are wonderful people, Shaw hesitated and laughed, saying in the interview that none of them were as wonderful as Justice Stevens. “I had lunch once with each of the justices while I was there for a year, and they’re remarkably charming and obviously all very, very brilliant people,” she said. “We had a wonderful lunch with Justice Thomas, who is an incredibly warm and lovely person. So personally I came away with very warm impressions of all of them.”

3. She Analyzes the Supreme Court for ABC News

Our annual tradition of skipping out of the WHCD for a date night continues….

Although she is not a journalist, Kate A. Shaw, like her husband, talks about politics on cable news. In 2015, Kate A. Shaw was hired by ABC News as a contributor covering the Supreme Court. This means that she talked quite a bit about Antonin Scalia’s death in 2016 and the fight to replace him with Judge Merrick Garland. Her commentary is not really opinion driven; instead, she provides analysis and insight based on her years of experience with the Supreme Court.

Shortly after the election, Shaw talked about the fact that Trump’s Supreme Court nominee – who was later revealed to be Neil Gorsuch – wouldn’t make such a dramatic impact on the Supreme Court, but if Trump gets a second nominee, that will be a much bigger deal.

“[I]f Trump has the opportunity to put a second or even third justice on the court, Roe v. Wade could be overruled or at least dramatically narrowed,” she told ABC News. “Same-sex marriage seems far less vulnerable to me. Unwinding a decision when literally hundreds of thousands of couples have married based on it would raise so many practical questions that I think the justices would just steer clear, even if they believed the case was wrongly decided.”

After Antonin Scalia died, Shaw said on ABC that there is no question that he was the intellectual leader of the conservative wing of the court and that he had a “transformational effect on the law.”

4. She Met Chris in College & Chris Says This Was His First Serious Relationship

Just what the doctor ordered

Shaw and Hayes were married in 2007. He said in an interview with The International Business Times that this was the first and only romantic relationship that he has ever had.

“Everything that I am as a human being has been constituted by that relationship,” Hayes told The International Business Times. “I often think about the stress of the job and that the crazy psychological effects of being on television would easily drive a person insane, or make them into a monster, in the absence of having an amazing relationship. I’m lucky.”

5. She & Chris Have Two Children

Chris Hayes and Kate A. Shaw have two children.

Someone's excited about pitchers and catchers!

Riding the subway with my favorite tiger

Reunited and it feels so good…

Loading more stories
wpDiscuz
0
0
Would love your thoughts, please comment.x
()
x
| Reply
Chris Hayes is the host of MSNBC's All In with Chris Hayes, and he is married to law professor and Supreme Court analyst Kate A. Shaw.