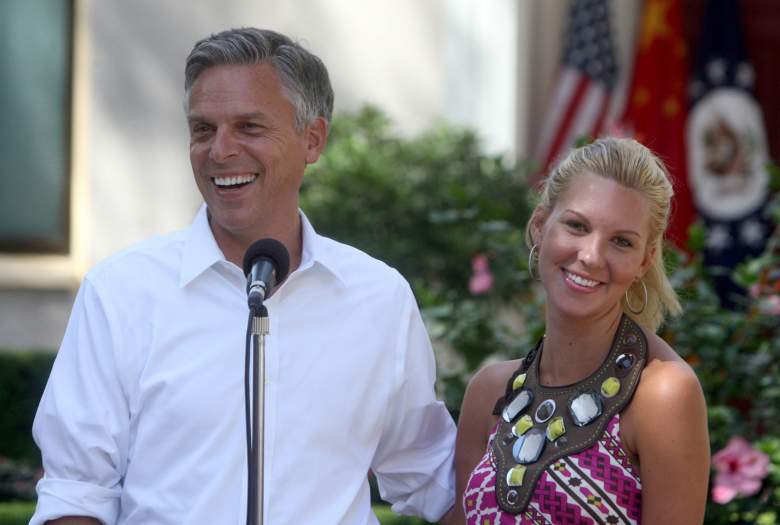 Jon Huntsman with his daughter Mary Anne during a news briefing at his residence in Beijing on August 22, 2009. (Getty)

Jon Huntsman will reportedly be the next U.S. ambassador to Russia.

According to ABC News, Huntsman has been offered the position of ambassador to Russia and he has accepted. Huntsman is the former governor of Utah who ran for president in 2012 and who in October 2016 called on Donald Trump to drop out of the race.

1. She is a Concert Pianist

Loved being the guest artist at the Chinese Embassy tonight ????

Mary Anne Huntsman is a classically-trained pianist, and in 2014 she played at Carnegie Hall in New York; she did so to support the Peak and Abyss Foundation, which gives underprivileged kids the experience of seeing classical music live.

She told US News at the time that she knew she wanted to play piano at a very young age.

“I remember when I was 5 or 6 years old when my parents took me to my first symphony concert…and it was actually that performance that made me really want to be a professional musician and be on that stage,” she said. “So I think from a young age seeing something like that at a major performing arts center or hall is pretty great, and I think [for] a lot of these kids, having never seen that before, it’s a great cause.”

Thank you to the President and First Lady for hosting me today as the artist for #internationalwomensday. Was honored to be in the presence of some incredible women.

During the 2012 election cycle, while their father was running for president, Jon Huntsman’s three daughters were active on YouTube and on social media.

Abby Huntsman, Mary Anne Huntsman, and Elizabeth ‘Libby’ Huntsman formed what they called Jon2012girls. They had a YouTube channel by that name on which they posted a popular video parodying a campaign ad of Herman Cain, one of their father’s Republican primary opponents. To date, this video has been viewed nearly 400,000 times.

They also ran a Twitter account, @Jon2012girls, on which they tweeted updates from the campaign trail. Mary Anne told GQ that she never expected the account to become so popular.

“We initially started it out to kind of be a way for our friends to know where we were, and to give them updates, because it’s hard to email every single day when you’re on the road, and it just because more viral than we thought,” she said.

3. She Suffered From Multiple Pulmonary Embolisms in 2007

Ready for the weekend??

Mary Anne Huntsman had a health scare in 2007 when doctors found multiple pulmonary embolisms, or blood clots, in her lungs.

“For the past month, I have been feeling not just myself, having a hard time breathing normally,” she said at the time, according to KSL.com. “And I actually had a pain in my leg about two weeks before I was hospitalized that I thought was a strained muscle.”

Luckily, doctors caught the blood clots early enough that she was able to be treated and make a full recovery.

Mary Anne at the time was taking frequent trips between Salt Lake City and New York; air travel can increase the risk of blood clots because the body remains immobile for such long periods of time. Flight socks can be worn during long trips to prevent blood clots.

4. Her Sister is a Fox News Reporter

Mary Anne’s sister has since become a political reporter.

Following the end of the 2012 election, Abby Huntsman was hired to be the co-host of The Cycle on MSNBC. After that show was canceled, she was hired by Fox News as a general assignment reporter, and she now co-hosts Fox & Friends on the weekend.

In 2014, Mary Anne tweeted out an article speculating that her sister Abby might run for office someday.

We may have another politician in the fam… Might Abby Huntsman run for office in Utah? | The Salt Lake Tribune http://t.co/CC5id16VOP

5. She Is Married to Evan Morgan, Son of CNN Reporter Gloria Borger

One year ago today, I made the best decision of my life. #happyanniversary #oneyear

According to The New York Times, Morgan is a partner at Revolution, a venture-capital firm based on Washington, D.C. His mother is Gloria Borger, chief political analyst for CNN, and his father is Lance Morgan, chief communications strategist at Powell Tate, a public relations firm.

The Washington Post reports that Mary Anne and Evan were set up by a mutual friend: businesswoman and Huntsman backer Lynn de Rothschild. Mary Anne told The Washington Post that she was used to dating fellow musicians and artists and so she was at first skeptical about dating a businessman.

“He was completely boring to me,” she said. “I mean, I grew up around that, and I never thought I’d end up with a guy like that.”

Mary Anne converted to Judaism from Mormonism shortly after the wedding. She said in an interview with The Daily Beast that her parents never pressured her to be religious.

“It’s a part of our life,” she said said. “But my parents never pressured us to do anything other than just be happy. My dad says [religion] is ‘my least favorite thing to talk about. It has nothing to do with who I am as a person or a candidate.’ But people are so curious about it.”