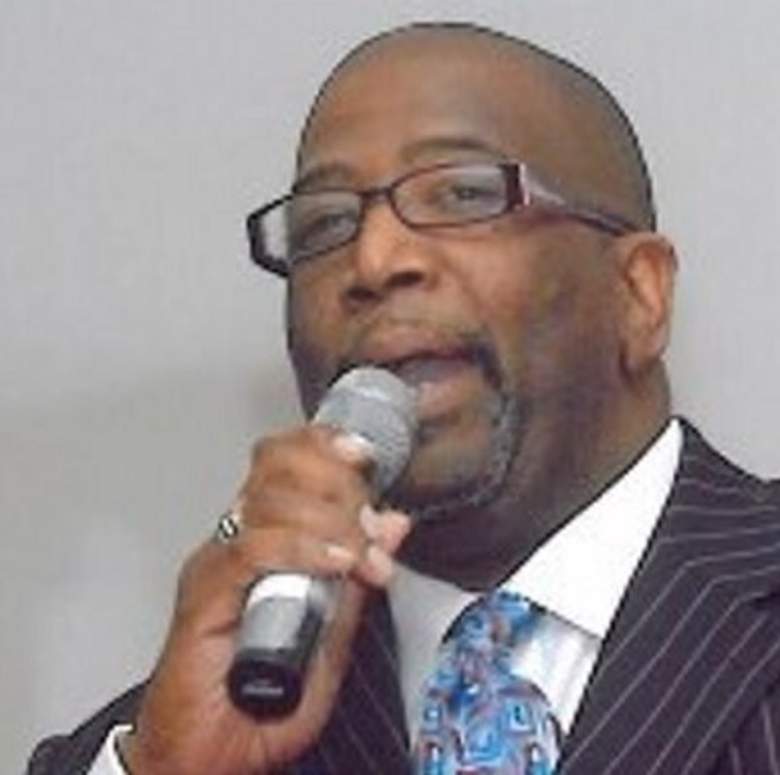 Kenneth Adkins, the controversial Georgia pastor who in his Twitter biography describes himself as “one of the most Respected Black Conservative Voices in America” (capital letters lifted from the original) was convicted on April 10 of eight charges related to child molestation. Before his recent legal troubles, he primarily focused on opposing anti-discrimination measures aimed at protecting members of the LGBT community. Here’s five things you need to know about Kenneth Adkins:

1. After the Pulse Nightclub Attack, He Said Gay People Got “What They Deserve”

Well, how about that.
Anti-gay @Pastorkenadkins has just been found guilty of molesting children! pic.twitter.com/9PZdAZLCgm

On his (now-private) Twitter account, Adkins responded with a series of tweets referencing the Orlando massacre. On June 13, he said (capitalization and other errors lifted from the original) “Dear Gays, Go sit down somewhere. I know y’all want some special attention; yall are Sinners who need Jesus. This was an attack on America.” Later that day, he tweeted a photograph of the White House (which then-President Obama ordered lit in the rainbow colors of the LGBT flag to honor the shooting victims) under the caption “Everybody flying Gay Colors; that’s Stupid. They ought to be Flying American Colors. THIS WAS AN ATTACK ON AMERICA!”

The next day, Adkins tweeted that he’d “been through so much with these Jacksonville Homosexuals that I don’t see none of them as victims. I see them as getting what they deserve!!”

However, according to Jacksonville.com, Adkins later claimed (in an email sent to Lenny Curry, the mayor of Jacksonville, Florida) that his “what they deserve” comment was not a reference to Orlando, but “My tweet was strictly meant for the Jacksonville group that has made my life a living hell since I served on the panel and opposed the [human rights ordinance intended to prevent anti-gay discrimination in Jacksonville].”

Two months later, on August 12, Brunswick Judicial Circuit District Attorney Jackie Johnson requested help from the Georgia Bureau of Investigation to look into charges alleging that Adkins had molested children in 2010. Adkins turned himself in on August 26.

Shortly after his August 2016 arrest, FirstCoastNews reported that Adkins has a criminal record going back to at least 1992, when he was charged with writing a bad check and also accused of grand theft.

Adkin’s profile on FloridaJustice.com suggests his criminal record is even older, starting in 1987 for a case of “felony theft forgery fraud” in Hillsborough County. That website also lists a 1988 charge for felony forgery, petit theft charges in 1990 and 1991, fugitive warrants in March and August of 1990 and again in June of 1991, and six “worthless check” charges between September 1992 and November 1993 (two of which were dropped and one dismissed). Over the course of a decade he also racked up various charges for driving on a suspended or revoked license, leaving the scene of an accident, and related matters. In total, FloridaJustice.com lists almost three dozen criminal charges from 1987 through 2010, with the parenthetical disclaimer that those were the public charges “which we could find.”

Adkins discussed one charge not mentioned on FloridaJustice during an April 2015 interview with Jacksonville.com. That year, Adkins had a radio show, “Black Conservative Ken Adkins,” which aired on an AM station in Jacksonville. In an interview promoting that show, he told Jacksonville.com that in the 1990s, he’d developed a cocaine addiction bad enough that he spent 10 months in the Duval County jail from 1996 through 1997.

3. He Used to Run a Public Relations Agency

@Pastorkenadkins should take his advice and sit down, on his hands so he can't type more stupidity. #douche #pulse pic.twitter.com/yRj5G0X8d0

Though Adkins’ Twitter account has been set to private since shortly after his notorious tweets from 2016, his still-visible Twitter biography includes a now-defunct link to theissachar.com. His April 2015 interview with Jacksonville.com says that Issachar Media Group was a Jacksonville-based public relations agency named after one of the sons of Jacob in the Biblical book of Genesis.

Adkins’ LinkedIn page lists “The ISSACHAR Media Group” as being in operation from March 2014 through the present date, and describes it as “A Full Service Crisis Communications/Public Relations/Political Consulting Firm.”

That LinkedIn page also says Adkins has been the CEO of The Adkins Agency, LLC ever since September 2001. His list of endorsed skills on LinkedIn includes “strategic planning,” “public relations,” “public speaking” and “social media,” among others.

4. The Jury Returned a Guilty Verdict in Only an Hour

Jacksonville.com reported that a jury of three men and nine women only deliberated for an hour before finding Adkins guilty of eight charges relating to child molestation.

Adkins’ main accuser is an unnamed man currently serving as an army specialist stationed at Fort Leavenworth. But in 2010, he and his then-girlfriend were 15 years old. That’s when, according to Adkins’ accuser, Adkins frequently watched the two teenagers have sex in his church office, in his car, and at the beach.

Adkins’ lawyer Kevin Gough suggested that the accuser’s actual motivation was money. Gough said that several years ago, the man took out a loan for Adkins which Adkins never paid back in full. Gough also said that Adkins had power of attorney over the man’s money, and that the man had testified last week that he learned his account had been drained of all funds.

Gough also said that after Adkins’ sentencing, currently scheduled for April 25, he will file paperwork for a new trial on the grounds that the state deliberately withheld “pertinent” evidence regarding the mental stability of Adkins’ accuser.

5. Adkins’s Attorney Also Suggested the Charges Might be Revenge for Adkins’ Anti-Gay Views

If the convictions against the 57-year-old Adkins remain, there’ a strong possibility he will never be a free man again.

However, both Adkins and his attorney maintain Adkins’ innocence — not denying that the former teenagers had sex in Adkins’ presence, but saying that the teens were both 16 at the time, which is Georgia’s age of consent.

“In spite of being gross, disgusting or vile, it is not a crime,” Gough said, according to Jacksonville.com.

Gough also suggested that Adkins’ male accuser might be motivated by the desire to take revenge against Adkins for his notoriously anti-gay comments. Adkins’ accuser is now openly gay, and married another man a few months after coming forward with his allegations against Adkins.

Jacksonville.com reports that less than two hours after the jury gave its decision, Adkins said in a phone call from jail that “Quite frankly, I’m surprised with the verdict.” 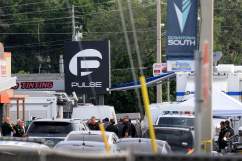