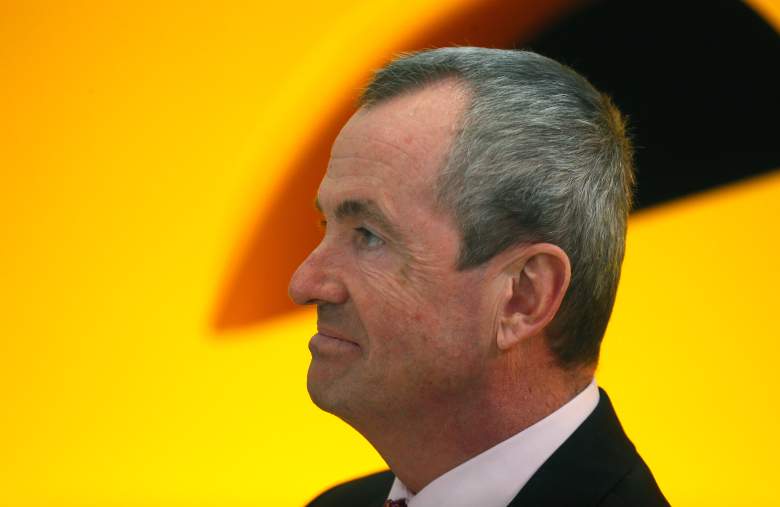 Phil Murphy has become the 2017 Democratic candidate for governor of New Jersey.

So now that Murphy has emerged from the primary victorious, where does he fall in the issues? Here’s what you need to know.

1. He Supports Raising the Minimum Wage to $15 an Hour

Phil Murphy has said that he supports raising the minimum wage in New Jersey to $15 an hour.

“All of this sounds great, raising the minimum wage, when you’re spending someone else’s money,” Christie said at the time, according to NJ.com. “It should bother you because when you come into Pennington Quality Market your food is going to be more expensive.”

“Phil believes an economy simply works better when people can afford to participate in it — and that the best way to grow the economy is from the middle class out,” Murphy’s website states. “Since the end of the Great Recession, New Jersey’s gains have gone to those at the top, with middle-class and working families getting even less than before.”

“The gun violence epidemic is nothing short of a public health crisis,” Murphy’s website states. “And yet, Governor Christie continues to stand in the way of sensible reforms. He has vetoed bills that had universal support from New Jerseyans. These bipartisan measures would have kept guns out of the hands of gang members and individuals convicted of making terroristic threats, restricted the size of gun magazines, and prohibited the sale of a powerful .50-caliber rifle — a ban Governor Christie himself proposed in the wake of the Sandy Hook tragedy.”

3. He Says He Will Stand Up to Donald Trump’s Attempts to Cut Medicare

Murphy says that he will fight to support the Affordable Care Act while governor, particularly the bill’s Medicare expansion.

“New Jersey has been a national leader on healthcare in the past and Phil will make sure we lead once again,” Murphy states on his website. “This starts with standing up to Donald Trump and the right-wing agenda to repeal the ACA and gut Medicaid and Medicare, which would cause nearly 800,000 people in NJ to lose coverage.”

Murphy also promises to, on a state level, lower insurance premiums by reining in out-of-network costs, work to enroll uninsured children in health coverage, and expand access to addiction treatment.

He has also promised to ensure Planned Parenthood receives funding and that women have access to contraceptives.

“No woman should have to worry about access to proven, safe, and affordable contraception in 2017 — yet now, as a result of Donald Trump and his Republican Congress, they do,” Murphy said in January. “Our state should be a leader in protecting a woman’s access to birth control, and if I am fortunate to be governor, we will. Gov. Christie sold out New Jersey’s women to his party’s far right wing years ago. As governor, I will reverse his outdated and anti-women policies and ensure a woman’s ability to access affordable contraception.”

Speaking of standing up to President Trump, Murphy says that he will oppose any mass deportation efforts of Trump’s.

“Now that Donald Trump is President, Phil will protect the Dreamers and oppose any efforts to use state and local police to assist in mass deportations,” Murphy states on his website.

“For New Jersey to succeed in the 21st century and for all of us to thrive, we need to continue to be a state that welcomes people who want to come here to work hard, contribute to our economy, and get ahead, and not close ourselves off from the world or turn our backs on our neighbors,” Murphy says.

Phil Murphy says that as governor, he will stand up for the entire LGBT community.

Murphy on his website promises that he will allow transgender people to select their gender on birth and death certificates, also ensuring that they have access to the appropriate restrooms.

“In the era of Donald Trump, Phil will not give an inch on the equal treatment of our LGBTQ neighbors,” Murphy states. “Phil is a strong and consistent advocate for the equal treatment of the LGBTQ community. As a truly inclusive governor, Phil will expand and enforce anti-discrimination protections for LGBTQ individuals. He will ensure that all residents have equal access to health care, including fertility treatment, regardless of sexual orientation. And he will eliminate once and for all the archaic and discriminatory laws that subject LGBTQ residents to second class status.”

5. He Supports the Legalization of Marijuana 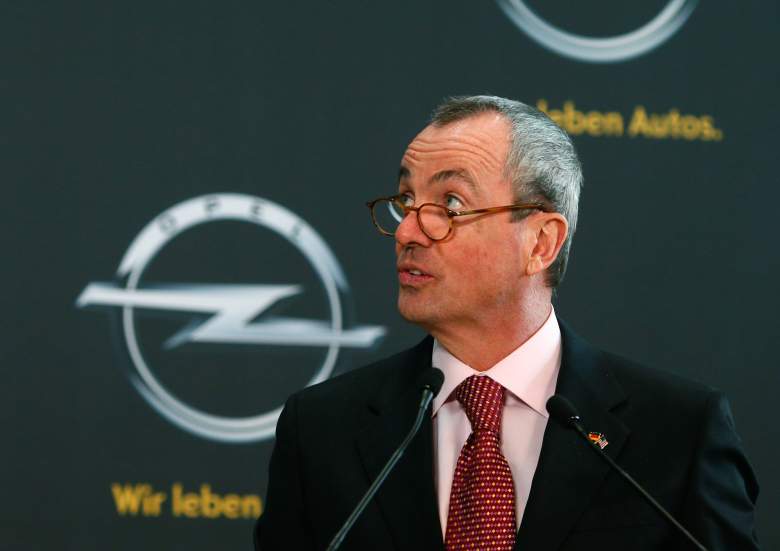 Phil Murphy speaks during a press conference at Opel headquarters on April 10, 2013 in Ruesselsheim, Germany. (Getty)

Phil Murphy is in favor of legalizing marijuana. Murphy mentioned this during a debate as one way he would reform the criminal justice system.

“Everything from mandatory minimum sentences to legalization of marijuana,” he said, according to Observer. “We lead the nation in solitary confinement. Let’s get private sector players out of the business of prisons. Let’s not just get at the systems that lead our young people into the criminal justice system, but if they happen to get into it, let’s give them a much smarter, much more robust, much richer reentry set of policies to help them get back on their feet.”

As governor, Chris Christie did not support the legalization of marijuana, saying that it is a gateway drug and legalizing it would be dangerous.

Phil Murphy has received the support of New Jersey United for Marijuana Reform.

“We welcome Ambassador Murphy’s leadership in supporting an end to our broken marijuana prohibition laws,” the group said last year. “These laws have failed New Jerseyans for far too long. Anyone who hopes to become governor must be committed to ending prohibition and support replacing it with a safe and responsible legal marijuana system for adults. We look forward to all prospective candidates — regardless of political party — announcing their support for marijuana legalization.”

In a primary debate, Kim Guadagno said that she thinks New Jersey would run into problems trying to legalize marijuana.

“We do have a big problem with legalizing marijuana, and that is that the attorney general of the United States said that he would not accept that,” Kim Guadagno said, according to New Jersey 101.5. “And so as a former federal prosecutor, I think we would have some real problems in New Jersey if we did legalize it.”

Loading more stories
wpDiscuz
1
0
Would love your thoughts, please comment.x
()
x
| Reply
Phil Murphy has become the 2017 Democratic candidate for governor of New Jersey. Here's where he stands on the issues.