Rina Palenkova died by suicide in 2015. It is believed that the 17-year-old girl had been participating in the Blue Whale Challenge when she took her own life by stepping in front of an oncoming train in the city of Ussuriysk in the Primorsky Krai region of Russia.

Here is what you need to know about Palenkova’s suicide and the aftermath:

1. Palenkova Has Been Linked to Another Suicide in Georgia

A family in Georgia is grieving the loss of their daughter and they believe that she had participated in the Blue Whale Challenge before killing herself. According to CNN, the 16-year-old girl, who is being identified only as “Nadia” in an effort to keep her name private, drew a photo of a girl with the name “Rina Palenkova” written underneath.

This, coupled with a few other clues, has led the deceased girl’s family to believe that the teen took her own life because of the viral internet “game.”

The girl’s brother, identified by CNN as Marty, opened up about other things that he noticed in his sister’s bedroom before her suicide. She had a picture of a blue whale taped next to her mirror, for example. She also had several sketches of whales and “magazine cutouts” of the words “I am a blue whale” glued on them. If you read the 50 tasks, you will see that drawing whales and writing “I am a blue whale” are part of the instructions given by curators to participants. Marty also saw drawings “indicating self-harm” as well as “suicidal statements with words of ‘goodbye.'” Many of these sketches and drawings had words written in Russian on them.

“Along with the contents of her journal, the family recovered some of Nadia’s social media posts from the days leading up to her death. A photo of her legs dangling over the roof of her house, pictures of self-inflicted cuts on her body and a final post of train tracks with the words ‘good bye,’ made the morning she died, all bore resemblance to the other reported accounts of Blue Whale victims.”

“None of us knew about the Blue Whale game. I spend a lot of time online and hadn’t come across it until it happened,” Marty told CNN.

2. It Is Believed That Palenkova Is the First Teen to Commit Suicide After Completing the Blue Whale Challenge

Although it is unclear exactly how many people have killed themselves after completing the Blue Whale Challenge, reports indicate that Palenkova was the first teen to complete the 50th task.

Palenkova is often referred to as a “hero” by others involved in the Blue Whale Challenge. In many ways, people feel as though her face has become synonymous for the “game.”

“Novaya Gazeta reported that Palenkova’s death exposed a community of suicide fans who turned her into an icon, writing messages such as ‘Rina, you’re the best!’ ‘You’re my hero’ and ‘I love you.’ After her death, Novaya Gazeta reported that in the span of six months, 130 teen suicides could be linked to the game, because almost all the victims were in the same internet group. However, it later said that only 80 of those could be proved and was criticized as exaggerating numbers that could not be definitively linked to the game.”

3. Palenkova Posted a Selfie Before Stepping in Front of a Train

Palenkova had been using the popular Russian social media site, VKontakte, which is where the Blue Whale Challenge is thought to have originated.

According to Motherboard, Palenkova posted a selfie on the app just before killing herself. The caption on the photo read, “goodbye.”

The photo (above) showed her wearing headphones and a backpack, flipping off the camera while standing next to train tracks. It appeared as though her middle finger was covered in blood. As part of the Blue Whale Challenge, participants are told that they must show “proof” of each task they complete. This could be the reason behind Palenkova’s selfie.

According to the Mirror, the driver of the train tried to stop when he saw the girl near the tracks. Rather than stay away, the girl rushed toward the oncoming train, thus ending her life in what appeared to be a very intentional fashion.

4. Police Indicated Palenkova Was Having Problems With Her Boyfriend at the Time

Following an investigation, police reported that Palenkova had been fighting with her boyfriend. It was believed that their relationship caused Palenkova to become depressed and it was reported that her suicide was a result of that depression.

“You won’t be able to make me feel better. Please don’t write to me about it if you do not want to cause me any psychological trauma,” Palenkova’s boyfriend wrote on a Russian social media site after the incident, according to the Mirror.

5. The Blue Whale Challenge May Have Been Responsible for the Death of Another Texas Teen

Texas teen Isaiah Gonzalez died by suicide earlier this month. The 15-year-old Texas native recently joined the ROTC program at his high school. However, one Saturday morning, his father went into his bedroom and saw him hanging from his closet. Nearby, Gonzalez’s phone was propped up on his shoe, according to KSAT.

“We had no signs at all. Isaiah was Isaiah,” Isaiah’s dad, Jorge Gonzalez, told the news station. It wasn’t until after his son’s death that Mr. Gonzalez learned of the Blue Whale Challenge. He said that his son had been completing tasks and sending “proof” to his friends.

Mr. Gonzalez encouraged parents to be very vigilant over their kids.

“I want them to go through their phones, look at their social media. If they’re on that challenge already, they can catch that from happening,” he said. 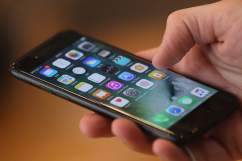 Read More
5 Fast Facts
Rina Palenkova is believed to be the first teen to have died by suicide after completing the Blue Whale Challenge. She is called a "hero" by suicide fans.