At least 31 people had died as of October 13 in the sweeping California wildfires, which are causing scenes of heartbreak and destruction. Santa Rosa is under siege from the Tubbs fire, which was 25 percent contained and had ravaged more than 34,000 acres.

You can assess neighborhood damage through this aerial map created by the City of Santa Rosa. Be aware that the red marks indicate vegetation, not fire location, in this map.

More than 1,000 structures were destroyed thus far with thousands more threatened. Where is the Tubbs fire located now?

This is one of the best interactive burn maps for tracking the Tubbs Fire devastating Santa Rosa. Here’s how the fire looked on that map on October 13.

Tubbs Fire as of October 13.

Here’s a look at it from the statewide fire map created by CalFire.

Location of the California wildfires.

You can also see the Caltopo map of the fire’s location.

As of the morning of October 13, this was the evacuation zone map from the Santa Rosa Fire Department for the Tubbs Fire. It also contains advisory evacuation zones.

The mandatory evacuation areas were listed as follows on October 13 by the Santa Rosa Fire Department:

What the Tubbs Fire map looks like. It's 25 percent contained as of this morning, via @CAL_FIRE https://t.co/JJctZKoSgE pic.twitter.com/laabSrTJfU

Annadel Heights area, bordered north by Parktrail Drive and west by Summerfield Road
All of Oakmont area east of Melita Road. The Nuns fire has reached the Oakmont area and Oakmont is now surrounded on all three sides by fire.
Cross Creek Road
Sky Farm Drive
Saint Andrews Drive
All residences north Fountaingrove Parkway
Montecito Heights
The Hopper Avenue Area West of Coffey Lane (Between Dennis Lane and Hopper Avenue to the north and south and Coffey Lane and Barnes Road to the east and west)
All residences east of Fulton Road, between River Road and Guerneville Road
Kaiser Permanente Hospital
Sutter Hospital
All residences in Rincon Valley north of Montecito Blvd from Brush Creek Road to eastern city limits at Calistoga Road

The advisory evacuation areas were listed as follows:

According to the Sonoma County Sheriff’s Department, the coroner has positively identified the following people as being the latest victims to have died in the fire in that county. 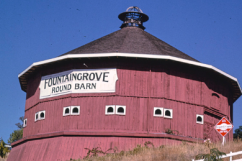