Facebook The victims of the shooting at a Waffle House in Antioch, Tennessee, have been identified as, clockwise from top left, DeEbony Groves, Joe Perez, Taurean Sanderlin and Akilah Dasilva.

The four victims of the shooting at a Waffle House in Tennessee have been identified. The victims were killed about 3:30 a.m. Sunday at the Antioch restaurant after a gunman armed with an AR-15 and wearing only a coat opened fire on patrons and employees. Two other people were wounded and remain hospitalized.

The Metro Nashville Police Department identified the victims as Taurean Sanderlin, 29; Joe Perez, 20; Akilah Dasilva, 23; and DeEbony Groves, 21. The surviving victims have been identified as Shanita Waggoner, 21, and Sharita Henderson, 24. They were both listed in stable condition on Monday.

The gunman remains at large and police have not determined a motive for the attack. He was stopped by a heroic Waffle House patron, James Shaw Jr., who saw an opportunity to intervene when the gunman stopped firing, charged at him, tackled him and disarmed him, according to police. The suspect fled and was taken into custody on Monday.

“My heart goes out to the families and friends of every person who was killed or wounded in this morning’s shooting,” Nashville Mayor David Briley said in a statement. “I know all of their lives will be forever changed by this devastating crime. There’s clearly more to be said about these circumstances, but for now I ask Nashville to pray for and rally around these victims and join me in thanking the Metro Nashville Police Department as it works to find and apprehend the shooter.”

A spokesperson for Waffle House said in a statement, “We are deeply saddened by this tragic incident. This is a very sad day for the Waffle House family, and we ask for everyone to keep the victims and their families in their thoughts and prayers.”

Here’s what you need to know about the victims:

Taurean Sanderlin, 29, was a Nashville, Tennessee, native, and lived in Goodlettsville, according to his Facebook profile and police. He was a cook and was known as “T” by the regulars at the Antioch Waffle House. Sanderlin was outside of the restaurant on his break when the gunman got out a truck and began shooting. He and another man were shot and he died at the scene, according to police.

Sanderlin had worked for Waffle House for about five years, the restaurant chain’s CEO told The Tennessean. The Murfreesboro Pike location where the shooting occurred opened about five months ago, and Sanderlin moved to that location at that point.

“Thank you all for the overwhelming Love and Support over my late cousin Taurean Sanderlin the senselessness that continues to happen will not be overlooked and we will not allow the enemy to take victory,” his cousin, Tiffany Sanderlin, wrote on Facebook. “We celebrate the Life he lead and take refuge in the person he was. Again we are so appreciative and it will carry my family through this dark time.”

Joe Perez, 20, was originally from Austin, Texas, and lived in Nashville, according to his Facebook profile.

He was a graduate of Jack C. Hays High School in Texas and was working as a subcontractor for Daryl Flood Relocation & Logistics. Perez was a restaurant patron who was outside of the building when he was shot and killed.

FacebookAkilah DaSilva, also known as Natrix DaSilva, was one of four victims shot and killed after a guman opened fire at a Waffle House in Nashville, TN.

Akilah DaSilva, 23, was a musician who went by the name Natrix and was a student at Middle Tennessee State University. He was shot while eating inside of the Waffle House restaurant, according to police.

His cousin wrote on Facebook, “This can’t be for real. The moment I came on FB I find out my cousin Natrix DaSilva Got shot and died during the waffle house shooting. Breaks my heart. He was such a talented, smart humble young man. Please Pray for my family y’all. … Omg I know you’re broken right Now. I know you’re super close him and how much you love and support your kids and you are their biggest fan. Prayers are up for you and the rest of the family. I love you cuz. YOU’RE GONE TOO SOON CUZZO SLEEP IN PEACE.”

A friend wrote on Facebook, “FlyHigh bro!!! We lost a good one. Natrix Dream you will live forever and I know Tuff will represent you well! I know you’ll be watching over us all. My heart is so hurt right now over this tragedy, prayers up for the family.”

According to his Facebook profile, DaSilva was originally from Brooklyn, New York, and lived in Nashville. A GoFundMe campaign has been set up to help his family.

“His character spoke volumes. One of 6 loving siblings, Akilah was passionate about his music, family, and life. He was pursuing a career in musical engineering at MTSU. He had a smile that could light up a room and a laugh that would warm your heart. He embodied compassion and had a zeal for life. A loving son and selfless friend, he was a beacon of hope, love, and strength in his family,” Kareem DaSilva wrote on GoFundMe. “His family hopes that in the midst of this senseless act of terrorism and hate, his life will not be in vain. We hope that this tremendous loss will spark tangible action in true gun law reform so no other family would ever have to experience this sort of tragedy.”

DeEbony Groves, 21, of Gallatin, was a standout basketball player at Gallatin High School and was in her senior year at Belmont University, according to The Tennessean. She was killed while eating inside the Waffle House restaurant Sunday morning, police said.

“She was a brilliant young lady, very, very intelligent and a very hard worker,” her high school basketball coach, Kim Kendrick, told The Tennessean. “She was a very likable young lady. She was one of three seniors on her team, and she was a great role model for the other players because of her hard work and dedication to her studies and to her school.”

In a statement, Belmont University said, “The entire campus community is shocked and devastated by how such senseless violence has taken the life of this young woman, an individual full of immense potential. We extend our thoughts and prayers to her family and friends as they come to terms with unimaginable grief. Belmont will be offering counseling and other support services to members of our campus in the coming hours and days.” 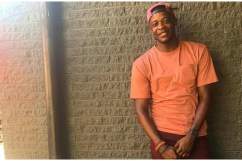 Loading more stories
wpDiscuz
0
0
Would love your thoughts, please comment.x
()
x
| Reply
DeEbony Groves, Joe Perez, Taurean Sanderlin and Akilah Dasilva have been identified as the victims of the shooting at a Waffle House in Antioch, Tennessee.