The superintendent of a New Jersey school district is on leave after he was identified as the “mystery pooper” who had been defecating in public at a high school track and football field in a neighboring town, authorities say. Thomas Tramaglini, 42, was arrested May 2 and charged with lewdness, littering and defecating in public, the Holmdel Township Police Department said in a press release.

Tramaglini, of Matawan, is the schools chief for Kenilworth Township, near Newark. He was arrested at Holmdel High School, which is about three miles away from his home, NJ.com reports. Tramaglini has not commented about his arrest and it is not clear if he has hired an attorney. The investigation is ongoing, police told CBS News.

1. Authorities Set Up Surveillance at the High School Track After Finding Human Feces ‘on a Daily Basis’ & Caught Tramaglini in the Act, Police Say

Tom Tramaglini was arrested about 5:50 a.m. by the Holmdel Township Police Department at Holmdel High School, NJ.com reports. He had been running at the high school’s track prior to his arrest, according to the newspaper. His arrest came after an investigation into a “mystery pooper” that began in recent weeks.

“The Holmdel School Resource Officer was alerted by Holmdel High School staff and coaches that they were finding human feces, on or near the area of the High School track / football field on a daily basis,” the Holmdel Township Police Department said in a statement. “The SRO, along with school staff, monitored the area and was able to identify a subject responsible for the acts.”

Police did not say how many times the human feces were found at the field. Additional details about the surveillance and other aspects of the “pooping Tom” case haven’t been made public.

“I don’t know if it was daily, but it’s been going on for a while. I heard it was at least eight times in the past few months,” a Holmdel community member, who wanted to stay anonymous told Patch.

Tramaglini appears to be a serious runner. He completed the New York City Marathon in 2010 with a time of 3:48:25, according to NJ.com. The news site speculated that Tramaglini may have been suffering from “runner’s trots,” or “runner’s diarrhea,” the sudden urge to go to the bathroom while running several miles. 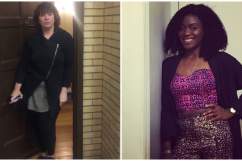 2. Tramaglini, Who Has Been the Kenilworth Superintendent Since 2015, Has Taken a Leave of Absence From His $147,505 Job

Thomas Tramaglini has taken a leave of absence from his job, which he has held since 2015, according to a NJ.com article about his hiring. He earns an annual salary of $147,505, according to NJ.com.

“Earlier today (May 2, 2018), we learned of municipal court charges facing our current superintendent of schools in Holmdel, NJ. Given the nature of those charges, he asked for and was granted a paid leave of absence. (Leaves can only be without pay in the face of indictments or tenure charges, as a matter of state law.),” the Kenilworth Board of Education said in a statement. “Effective immediately, Brian Luciani, our Director of Academics, will assume the responsibilities of the office of superintendent of schools. The Board of Education wants to assure faculty and staff, students and parents, that the district will continue its responsibilities without interruption. Every day, and especially during challenging times, we are fortunate to have veteran administrators and other dedicated professionals on whom we can rely. We will continue to keep the community informed.”

Tramaglini was hired in December 2015 and began working in the Kenilworth school district in February 2016 after former superintendent Scott Taylor resigned to take a position in Highland Park.

“It’s truly an honor to be afforded the opportunity to serve as the educational leader of the Kenilworth School District. The district has a tradition of excellence in which I am excited to be a part of. I look forward to bringing together the great work of our parents, teachers, faculty, administrators, and entire school community so our students receive an education that is second to none,” Tramaglini said in a statement when he was hired.

Board of Education President Gregg David issued a statement at the time saying, “After conducting a thorough search, we are very pleased to appoint Thomas Tramaglini to serve as Kenilworth’s new Superintendent of schools. Tramaglini has an impressive background with great experience; he has a commitment to student achievement, while achieving superior standards of academic excellence, and we look forward to him leading our district to greater academic achievement over the next four years and beyond.”

Tramaglini worked as the chief academic officer in the Keansburg School District prior to becoming the Kenilworth superintendent, according to NJ.com. He began working in Keansburg in 2011 after previously working for as director of curriculum and instruction in Freehold Borough and as supervisor of curriculum and instruction in Plumsted. he also taught middle and high school social studies prior to becoming an administrator.

“Tramaglini has served the educational community in a leadership capacity for more than 12 years. Tramaglini has impeccable credentials and references and has received the 2013 NJ Outstanding Educator Award from the NJASCD,” the article announcing his hiring stated. Tramaglini also received the “Excellence in Education Leadership Award” from Rutgers University in 2015.

“Dr. Tramaglini is deeply committed to developing and leading educational organizations that promote equity, access, and achievement for all students, specifically those who live in high poverty areas. His body of work has demonstrated that regardless of the barrier or environment, ALL students can learn and achieve at high levels,” Rutgers said on its website in its description of Tramaglini. “He has over two-dozen publications in the form of articles, national and statewide conference papers/presentations, and a book chapter (in press). Tom’s work is aimed at contributing to research on how district and school leaders can set organizational conditions for successful student and community outcomes (e.g., assessment, tracking and detracking, curriculum design and development, and professional development).”

At the time of the award, Tramaglini was married and living in Tinton Falls with his wife and two children, a son and daughter, according to the Rutgers website. 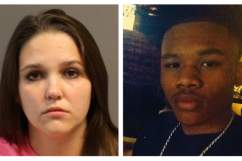 4. He Also Works as an Adjunct Professor at Rutgers University, Where He Completed His Doctorate in Educational Administration

Tramaglini is also an adjunct professor at Rutgers University, according to the university’s website. He has been a part-time lecturer in the Graduate School of Education for several years. Tramaglini graduated with his master’s degree in educational administration from Rutgers and also completed his Ph.D in the same subject at the school.

His doctorate focused on “specializing in School District and Organizational Leadership; Curriculum Instruction; Achievement, Data Analysis, Strategy. His dissertation was on ‘Student Achievement in Lower SES High Schools,’ according to the Kenilworth schools website.

Prior to attending Rutgers, Tramaglini attended Farleigh Dickinson University, where he played football and graduated with degrees in history and secondary education, according to the Rutgers website.

A spokesman for Rutgers told NJ.com they would be looking into the arrest and did not have further comment.

5. Tramaglini Is Scheduled to Appear in Court on Monday to Face the Charges

Tom Tramaglini is scheduled to appear in municipal court Monday morning, May 7, in Holmdel to face the three charges against him, NJ.com reports. He was released from custody after his May 2 arrest, the police department said.

The littering charge carries a potential fine up to $500. The penalties for the other charges are more serious. Tramaglini could face up to 90 days in jail, a fine of up to $2,000 and up to 90 days of community service on the public defecation charge. The lewdness charge, which is a disorderly conduct offense could result in up to 6 months in jail and up to $1,000 in fines. Former Essex County assistant prosecutor Dennis Kearney told NJ.com the case will likely just result in fines.

“I think that’s about right. Only in New Jersey,” he told the news site. “Good luck with that.” 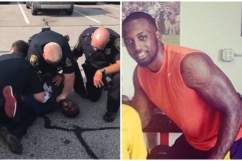